Five male shooting victims from Kent were taken to Seattle's Harborview Medical Center. Their ages range from 16 to 49. A sixth person was grazed by a bullet. 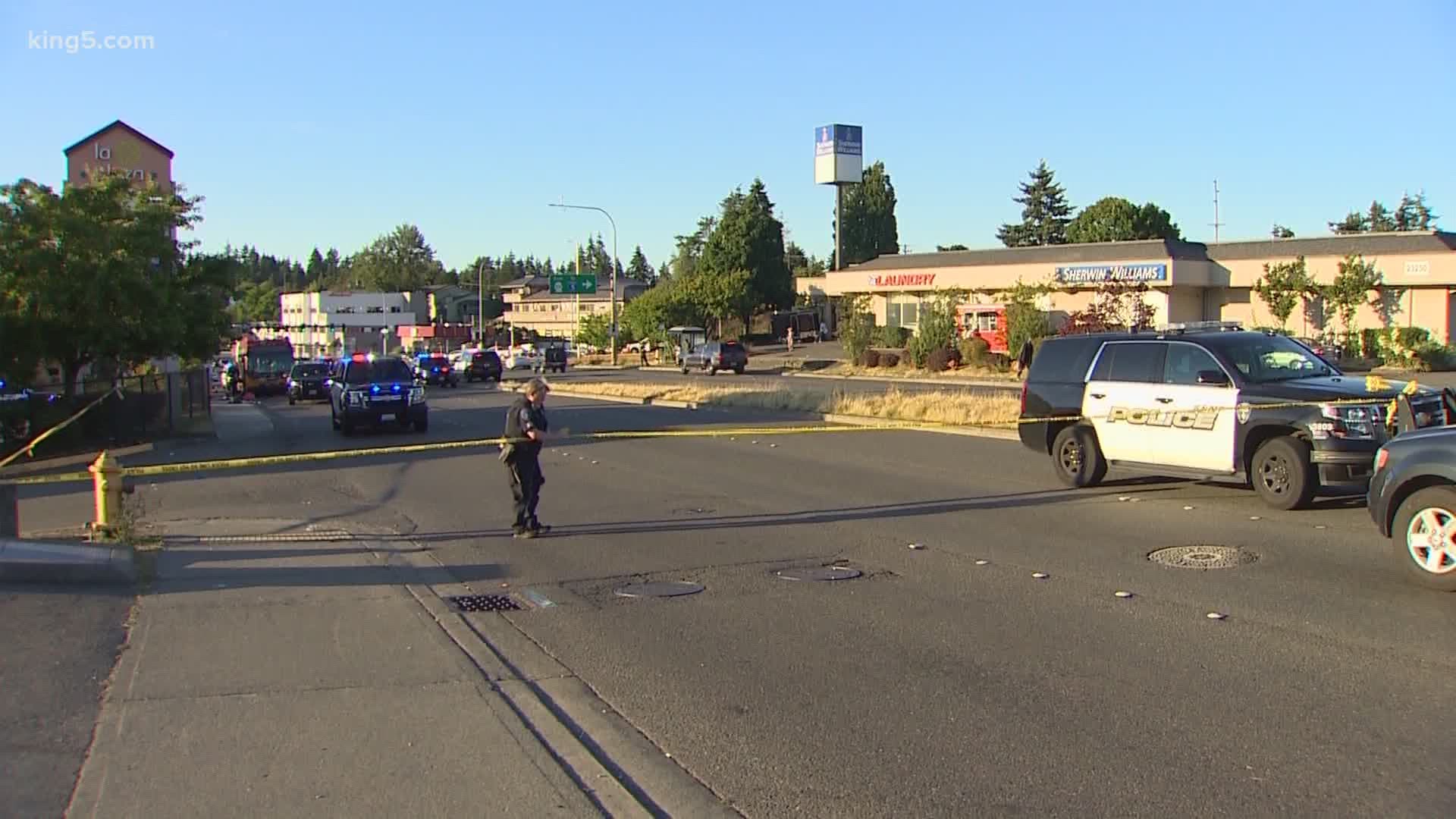 Police said the sixth person was grazed by a bullet and has minor injuries.

“I thought it was a fight, like an argument or something until we saw so many people falling down,” said Cadie Tran who works nearby.

Chris Parker started working in the area a few months ago and has noticed the violence, drug deals, and drug paraphernalia near the bus stop.

“Just last week there were four police cars that had surrounded somebody in the corner of this parking lot,” Parker said. “There are people who come off of the bus and they are wreaking havoc.”

In reference to Monday’s shooting, Parker said, "I literally worry every time I come into work that there is going to be something like that going on."

It's unknown what led up to the shooting, but police said the violence does not appear to be random.

Police have not said if the suspect is in custody or among the wounded. A KING 5 crew witnessed three people in handcuffs taken away from the scene.