Kent is home to a life-sized board of "Chutes and Ladders," rocket company Blue Origin and boasts one of the "saltiest" Twitter profiles around. 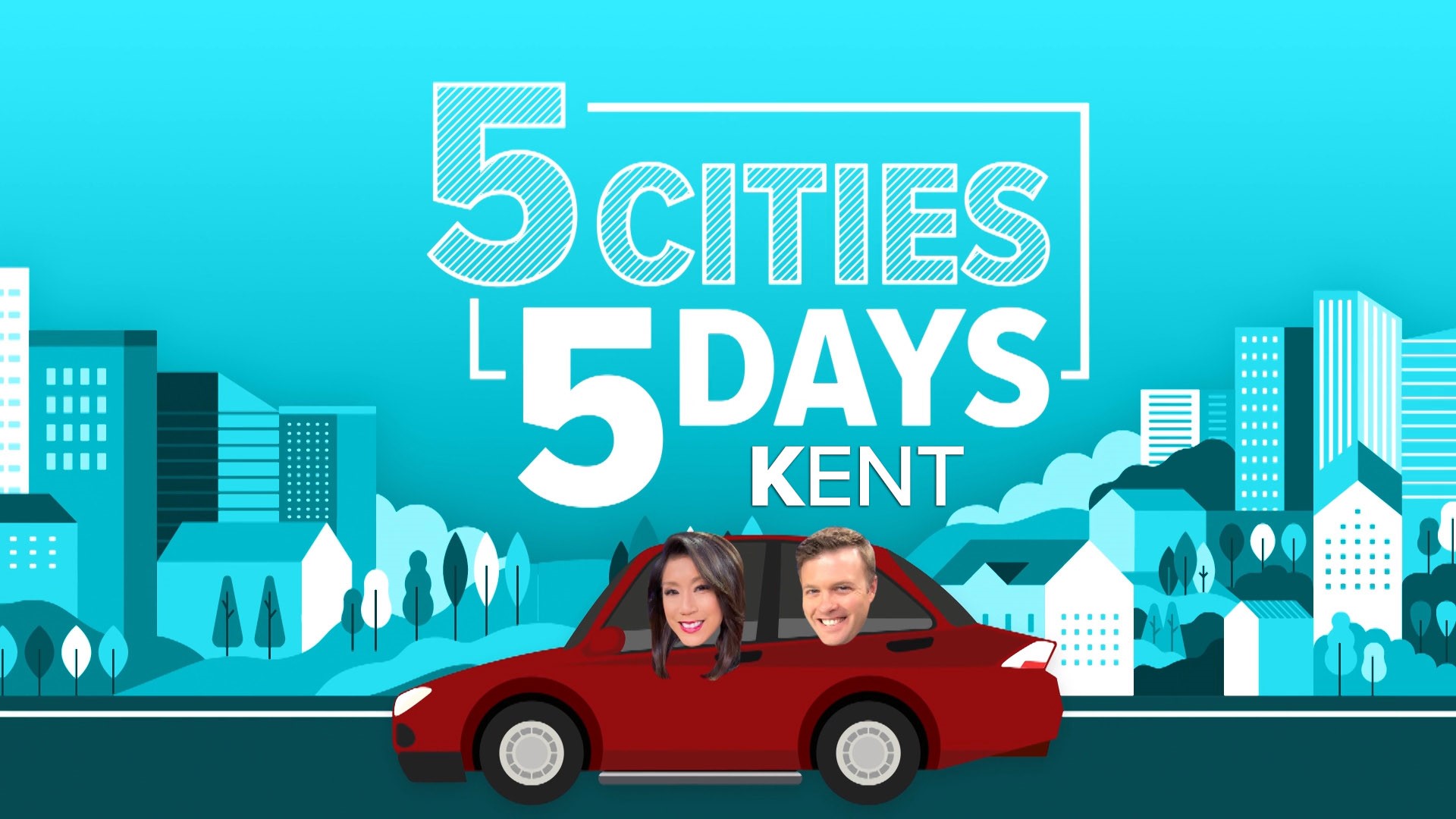 KENT, Wash. — KING 5 Mornings hit the road this week, seeing what cities around Puget Sound have to offer. The series "5 cities, 5 days" spotlights five western Washington communities and the true gems that make these places special.

We visited Kent, a city in King County. Located midway between Seattle and Tacoma, it's the sixth-largest city in Washington state.

5 things you may not know about Kent:

1. There's now a new gateway into the City of Kent. It's a roundabout at 4th Avenue S and Willis Street that includes a giant piece of art and appealing landscaping to welcome drivers into the city. The roundabout was installed to increase safety, traffic flow and make it more efficient for pedestrians, bicycles and vehicles.

2. There's a park where you can play a life-size board game of Chutes and Ladders. West Fenwick Park reopened earlier this year after being renovated. It's a popular playground for adults and kids because there are many unique features that allow visitors to interact with different elements of the game.

3. The city upped its game on social media by engaging people on Twitter with its "salty" and funny posts. The idea is to market the city of Kent by featuring local businesses and restaurants and also engage people with humor.

4. The city has adopted #WeAreKent. The goal is to bring people together to reflect the diversity of people, cultures and businesses. The population is especially represented in the Kent School District where more than 138 languages are spoken.

5. What started as a small farming town has now grown to a city filled with international businesses and warehouses. Mayor Ralph says the warehouses are all full with E-commerce booming during the pandemic. Kent is also home to Blue Origin, the rocket company founded by Amazon's Jeff Bezos. Blue Origin employs more than 2,500 people.