The Washington Department of Health announced Tuesday that four Washington residents were sickened in a Salmonella outbreak that made 13 people sick in seven states. 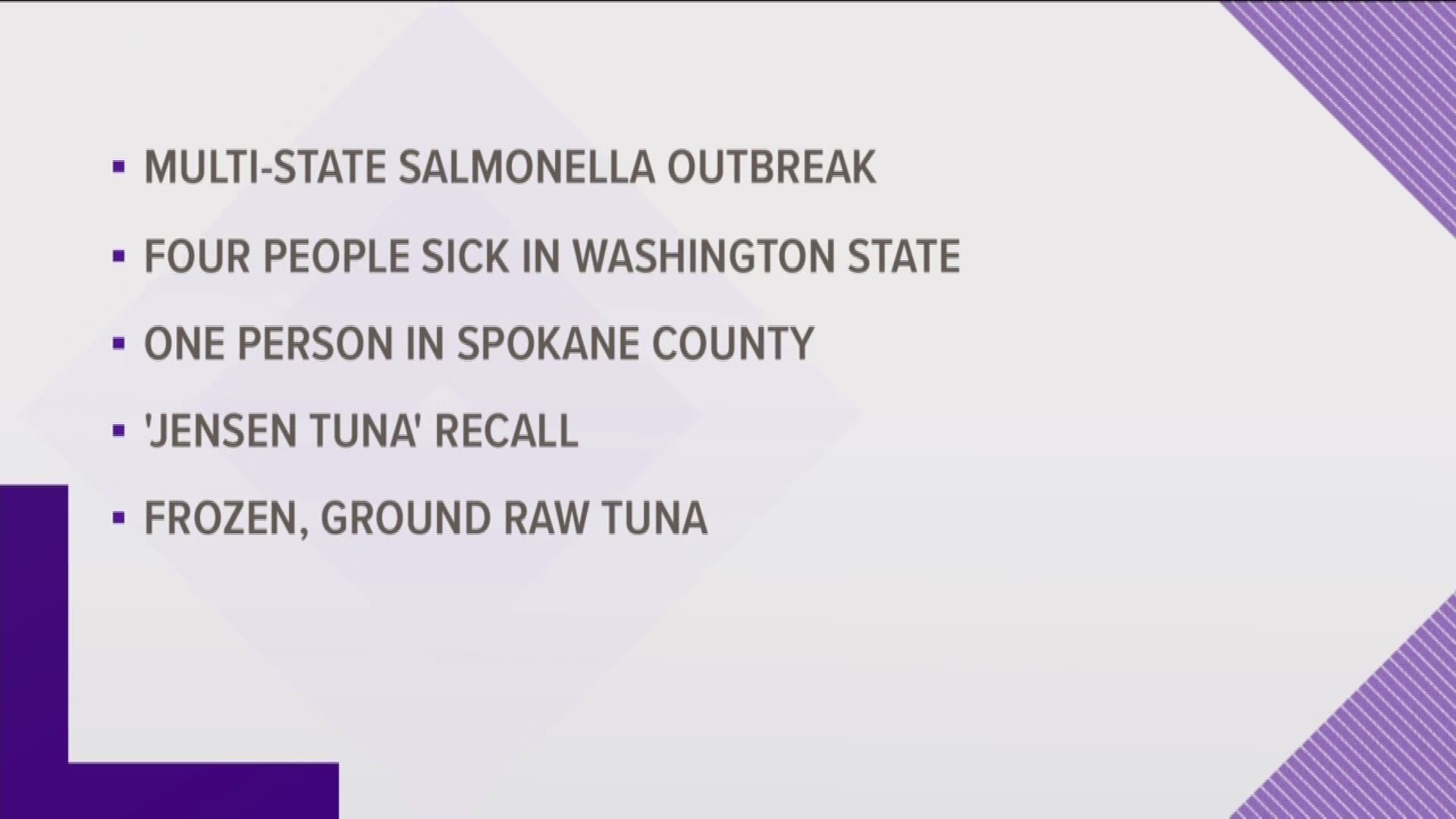 The Washington Department of Health reports that four Washington residents were sickened in a Salmonella outbreak linked to frozen raw tuna.

The CDC and U.S. Food and Drug Administration are investigating a multi-state Salmonella outbreak linked to Jensen Tuna packaged in Louisiana.

The CDC said, "Consumers who order sushi made with raw tuna, including “spicy tuna,” should ask the restaurant or grocery store if the tuna is from Jensen Tuna. If you are not sure if the tuna has been recalled, do not eat it."

Four people from Washington state were sickened by Salmonella — two people in King County, one Spokane County resident, and one person in Grays Harbor County.

The CDC received reports of 13 Salmonella cases in seven states. Two people were hospitalized, but no one died, the CDC reports.

Raw or undercooked fish and shellfish pose a risk of Salmonella. Symptoms include fever, nausea, diarrhea, vomiting and abdominal pain. The illness usually lasts 4 to 7 days. Most people recover without treatment, but the infection can be fatal.

Children younger than 5 years, pregnant women, adults older than 65 years, and people with weakened immune systems are more likely to have a severe illness, according to the CDC.