One male is in critical condition after the fire Saturday night at a large apartment complex. 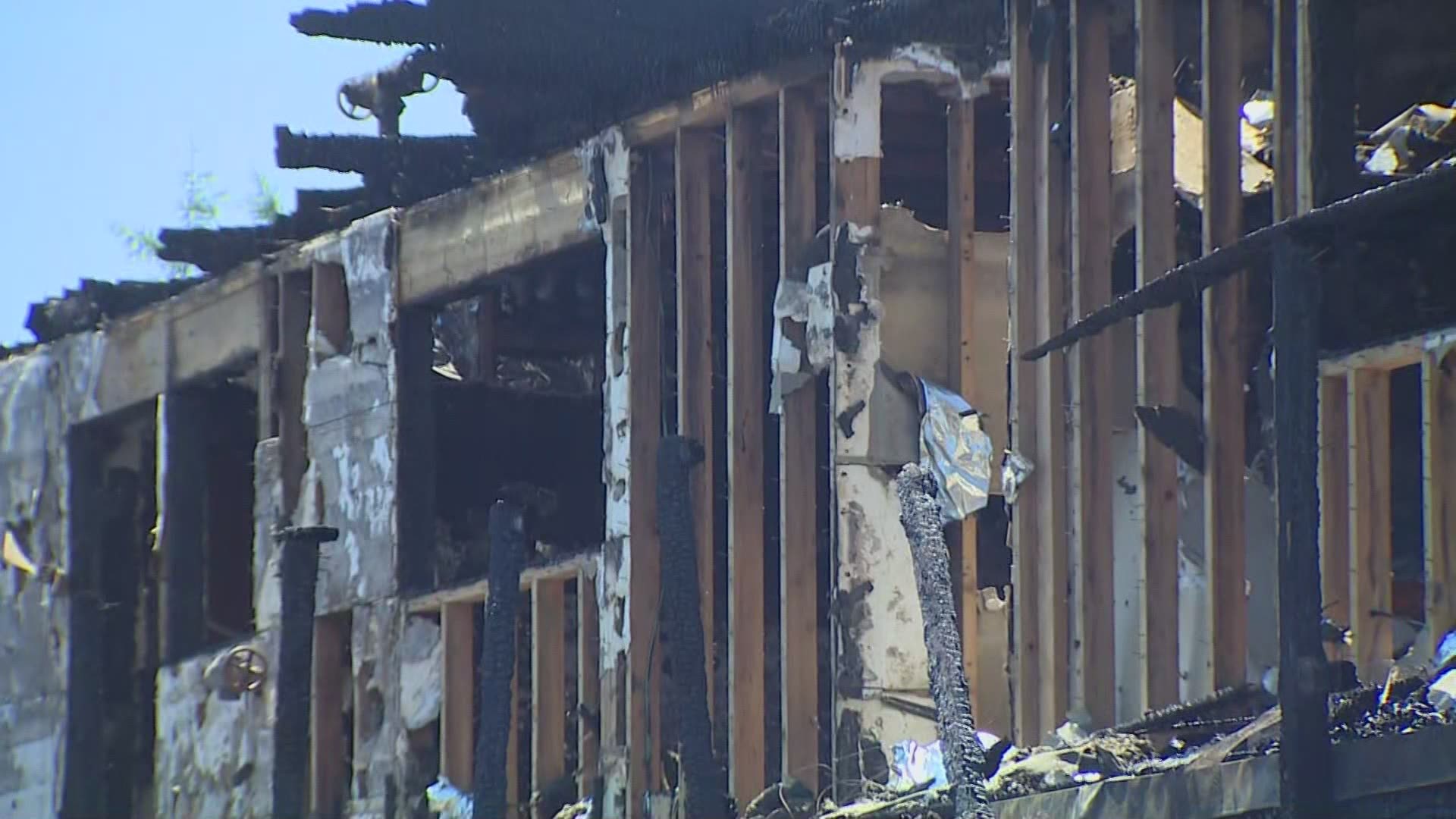 SEATAC, Wash. — A man suspected of setting fire to his own apartment building in SeaTac is facing a charge of first-degree arson.

Four people were injured in the apartment fire that broke out around 11:25 p.m. Saturday at the Hanover Apartments in the 3100 block of S. 192nd Street, which is about one mile from Sea-Tac Airport.

Though the investigation is ongoing, arson is suspected to be the cause of the fire. The suspect is believed to be a resident of the building. He was arrested just a couple hundred feet from the fire scene.

The King County Prosecuting Attorney's Office has found probable cause to charge the suspect with first-degree arson, though a final charging decision is not expected until Wednesday. The suspect did not appear in court Monday, so his bail amount has not yet been set by a judge.

Units from several fire departments responded because the fire quickly spread through the building.

Harborview Medical Center received three patients injured in the fire: two women in satisfactory condition and one man in critical condition. According to fire officials, there were a total of four injuries reported: two critical and two non-critical. Three of the injuries involved a family of two adults and one infant.

No firefighters were injured.

Mesfin Yeshewawerk and his wife were asleep on the third floor with their toddler when they heard yelling.

“When I pick up the shutter and look the smoking, and the flaming was coming up," said Yeshewawerk. "So, we grab the baby, and we run outside."

Yeshewawerk realized he forgot his wallet and keys and tried to go back, but within minutes, the apartment and the stairs he used to escape had caught fire.

“I try to get some stuff, but when I come back, it's already on the door,” he said.

One man who did not want his name shared helped alert people in the building about the fire and said he was glad it didn’t happen later.

“I thank God they are still alive," the man said. "If this happened at two or three in the morning - everybody sleeping, gone."

The fire displaced 85 residents of the apartment complex. The Red Cross is assisting with shelter.