The Washington State Patrol says around 30 vehicles crashed in icy conditions in the westbound lanes of the SR 520 floating bridge on Monday. 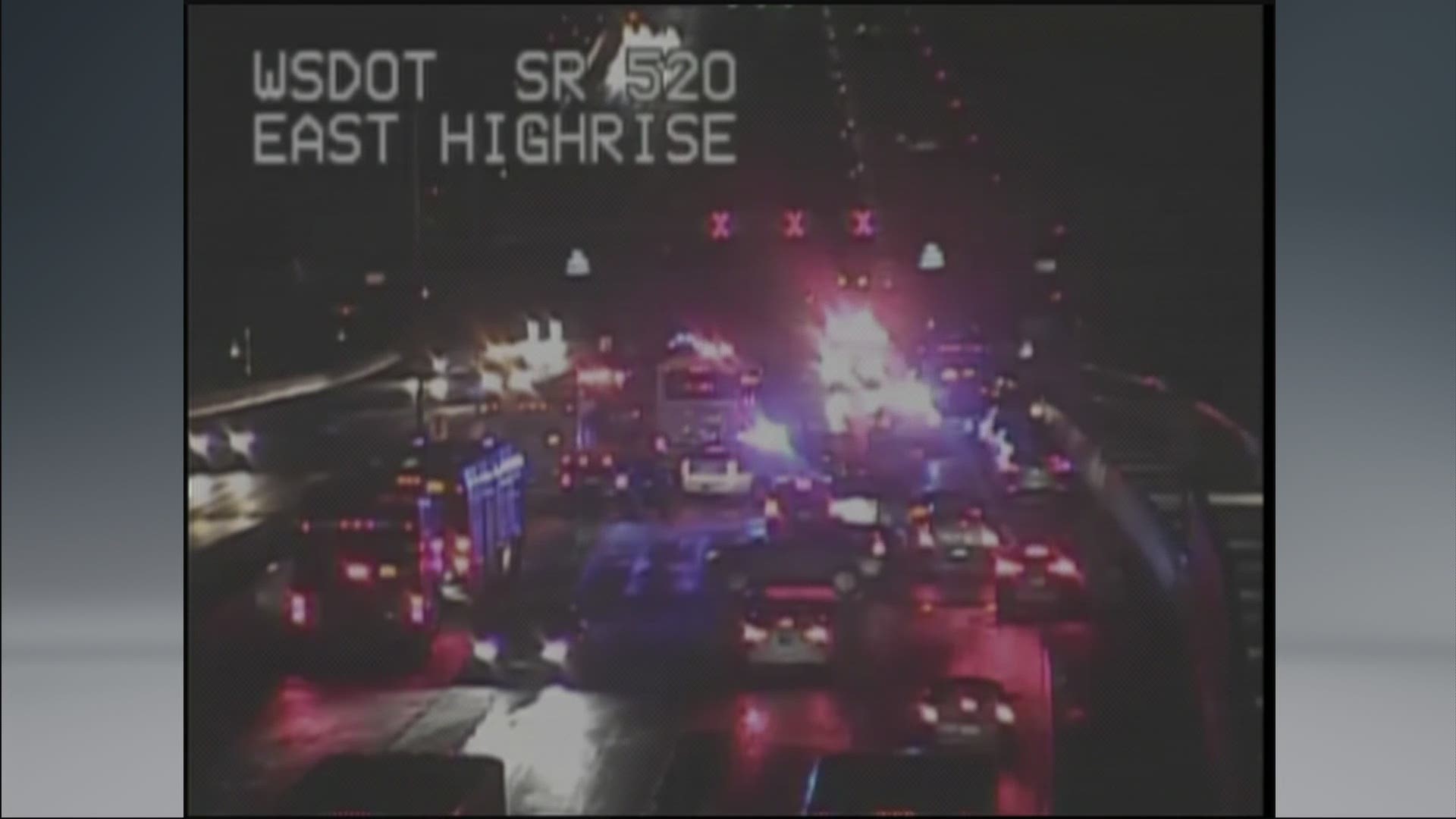 Around 30 vehicles crashed in the westbound lanes of the 520 floating bridge during the evening commute on Monday. The westbound direction closed around 6 p.m. and reopened at 10 p.m.

The dozens of vehicles that crashed were involved in several separate collisions.

The Seattle Fire Department and WSP troopers responded to the scene.

Trooper Rick Johnson tweeted there were no major injuries to report. He added that a Microsoft Connector bus, which is an employee shuttle service, stayed on the scene to help keep people warm.