Investigators say murder-for-hire suspects killed the wrong person in Snohomish County, then left a trail of evidence behind on social media. 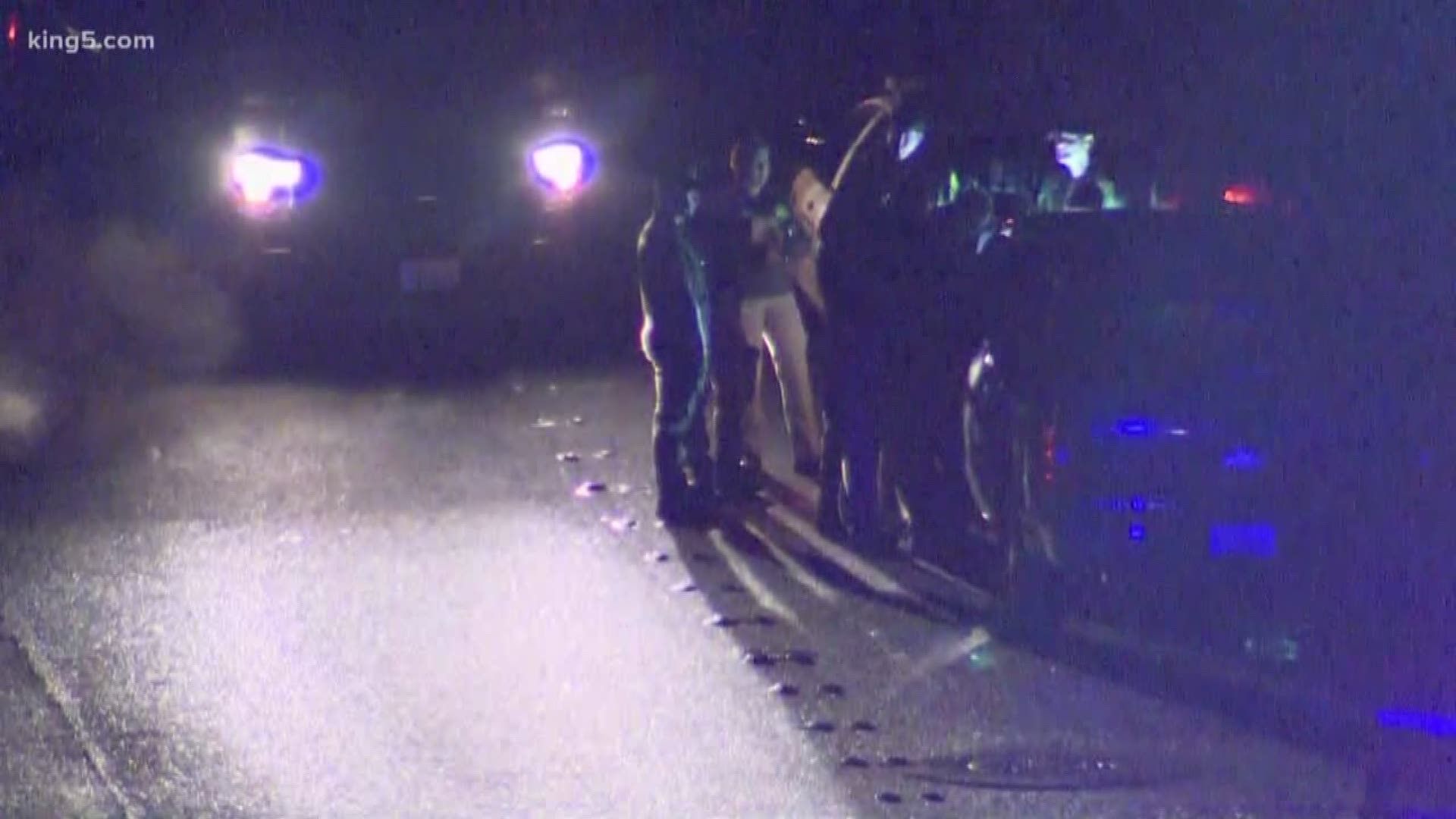 SNOHOMISH COUNTY, Wash. — More than 18 months after a woman was murdered in Snohomish County, three people are in custody, according to Shari Ireton with the Snohomish County Sheriff's Office.

"There was evidence out there. The detectives just needed to find it, and once they found it, it was literally like taking a thread on a sweater, and the whole thing came undone," said Ireton.

The investigation started before 2 a.m. on September 20, 2017. Alisha Canales-McGuire, 24, had been at her sister Amanda's home, watching her nephew and two nieces while her sister was out of town.

"Patrol arrived on scene and found Alisha basically dead in the doorway of the home," said Ireton. "We believed at the time even, that the intended victim was going to be the victim's sister who had had a very difficult break up and rocky relationship with her ex-husband."

After the murder, Amanda's ex-husband, Kevin Lewis, reportedly told investigators "he was home all night."

It wasn't until almost a year later that a tip took the case in a new direction.

"Patrol received a phone call from somebody in the Spokane area who said she had been at a social gathering and a young woman there claimed she had been hired to kill someone in Snohomish County," said Ireton.

The young female would have been 16 years old at the time of the crime, and the difficult thing for detectives is she went by different aliases on social media. It took months to unravel.

"Once they were able to identify who she was they discovered that she was the ex-girlfriend of Kevin's cousin," said Ireton.

"Both of the suspects' phones were in the same location as the same time traveling across the state to Western Washington," Ireton said.

Detectives say social media also provided a trail of evidence, including a picture the male suspect allegedly posted that showed $100 bills fanned out a few hours after the murder.

"The 16-year-old young woman and the 18-year-old male had been paid by Kevin, had been hired to come out from Spokane to Snohomish County to essentially murder Kevin's ex-wife, and then they drove back," Ireton said.

Court documents state, "They negotiated the price from Kevin Lewis' first offer of $1,500 to the final agreement of $2,400."

Lewis is already in prison for a 2016 assault on his ex-wife. Now Lewis and the other two suspects are in custody in connection with Canales-McGuire's death in the murder-for-hire case.