The Heritage Building, which is one of Auburn's oldest buildings, was consumed by fire on Tuesday. 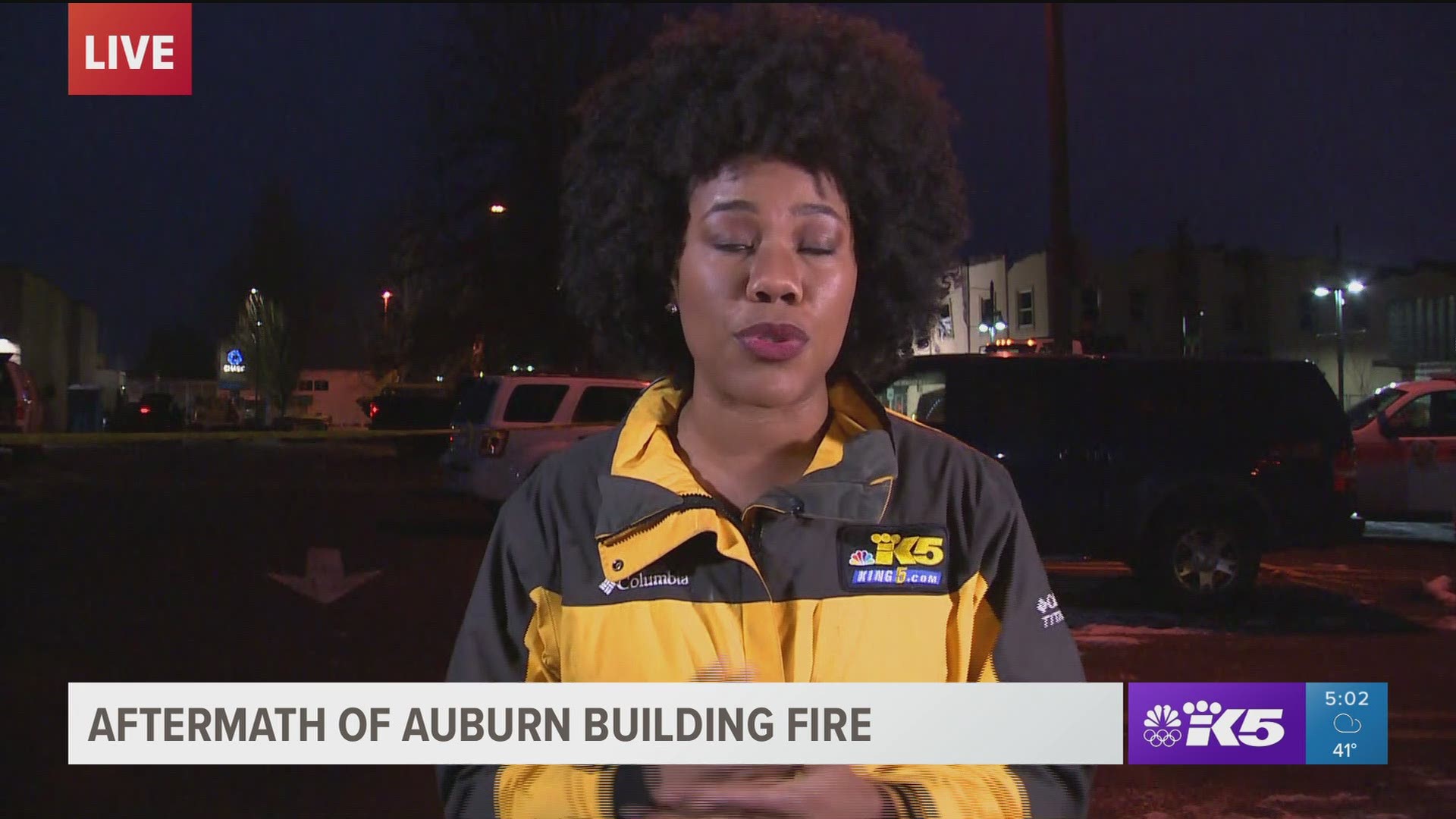 While it was originally reported as a dryer fire, the cause of Tuesday's fire has not been determined at this time. Investigators with the Valley Regional Fire Authority said they are working with insurance companies to complete an appliance analysis and are still examining the scene.

“Auburn is losing a piece of our main street in this,” said Anne Todd. “This is something that is really changing the face of Auburn.”

Todd was at the scene Wednesday taking pictures for the city of Auburn.

“It was built I believe in 1921, so it has seen a lot through the years,” said Auburn Mayor Nancy Backus, who was there Tuesday to witness the final hours of the building when the flames punctured long-standing business and apartments that will have to be demolished.

The building housed nine businesses and 35 residential units. Firefighters rescued one resident unable to escape on their own; all other residents were able to evacuate safely, according to a spokesperson for Valley Regional Fire.

Quenten Bacon was one of the residents who had to evacuate.

“I just moved into this apartment in July, but I've lived in Auburn since 1972,” Bacon said. 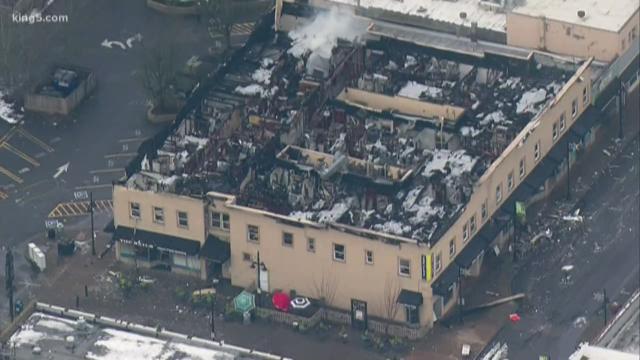 Tuesday night, he was forced to evacuate and was left only with the goodness of others.

“Somebody bought me a motel room. Somebody handed me a $100 bill,” Bacon said.

Several of the tenants had lived in the building for at least 20 years.

The Red Cross was on hand Tuesday night to assist Bacon, and other residents were relocated to Cascade Middle School in Auburn.

According to Mayor Backus, the Auburn Foodbank is coordinating food and money donation for those impacted by the fire.

One property manager said she was there when the fire started and saw flames coming out of a dryer that shot three feet in the air.

"It was kind of scary," said Jane Flynn, who has worked at the building for several weeks.

Tenant Lasavia Brown said he heard the smoke alarms go off and he and another tenant tried to put out the fire with extinguishers.

Brown and his wife Elizabeth, who had lived in the building about five months, said they lost everything.

Ty Anderson was walking to work at the Rainbow Café when he saw the flames.

“To see these buildings go up, it's heartbreaking,” he said.

Several agencies, including Auburn, Renton, Tukwila, and Kent Fire, responded to the blaze.

The building is not designated as historical, but it was built in 1921 and is of significance to the city, according to the mayor's office.

"It's going to be a huge loss to our downtown, but I do know that the owners hopefully will decide it's worth rebuilding, and who knows what it will be, what will come out of the ashes," said Auburn Mayor Nancy Backus.