Alex Fitzgerald, 27, of Seattle and Michigan, became disoriented on Mount Rainier during white-out conditions and perished on the mountain. 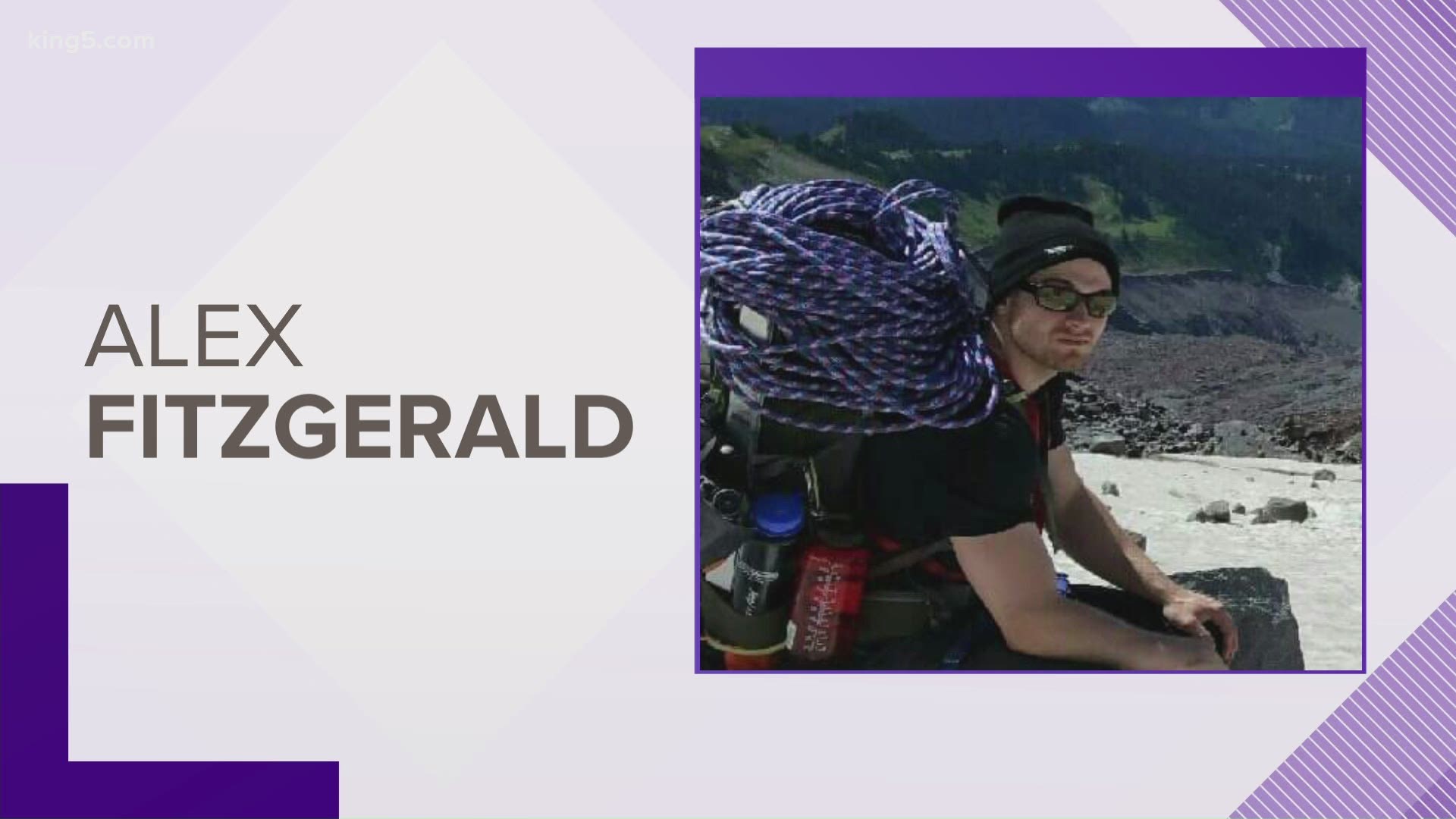 A 27-year-old man died during a climbing trip on the Muir Snowfield at Mount Rainier. The man was identified as Alex Fitzgerald, who lived in Seattle and Michigan.

The man's hiking partner, a 23-year-old woman visiting from Virginia, made a distress call Wednesday morning, saying the pair was "lost in in high winds, heavy rain, and white-out conditions at about 9,300 feet elevation after spending the night in a tent at Camp Muir (elevation 10,188 feet)," according to a statement from the Mount Rainier National Park Service.

Rescue crews found the woman on Wednesday afternoon, who was assisted by two other hikers down to the 7,200-foot level of the Skyline Trail.

The woman told rescuers that Fitzgerald had become disoriented and unresponsive. After trying to move him, the woman left to find a cell signal and get help.

Crews located Fitzgerald about an hour later at the 7,700-foot level of the Muir Snowfield and found him deceased.

Rangers and volunteers returned Thursday to recover his body.

In all, twelve National Park Service rangers and thirteen Mountain Rescue volunteers from Olympia, Tacoma, Central Washington, Seattle, and Everett   were involved in the rescue and recovery.

According to the Mount Rainier National Park Service:

"The route to Camp Muir follows a trail from Paradise (elevation 5,400 feet) to Pebble Creek, and then across the Muir Snowfield the rest of the way to the high camp at 10,180 feet. Its high elevation and exposed location mean that weather can deteriorate rapidly and dramatically. Hikers are encouraged to monitor weather forecasts, carry the “10 Essentials,” and bring gear suitable for any conditions. All overnight travel in the park requires a backcountry permit reserved online at least a week in advance. Contact one of the park’s Wilderness Information Centers and visit the park’s website, www.nps.gov/mora, for more information about hiking safety in Mount Rainier National Park."