Here's how much the average Seattle worker earned in 2018

The Census Bureau has released its 2018 American Community Survey results, which includes estimates for the median income for workers in different areas in the U.S. 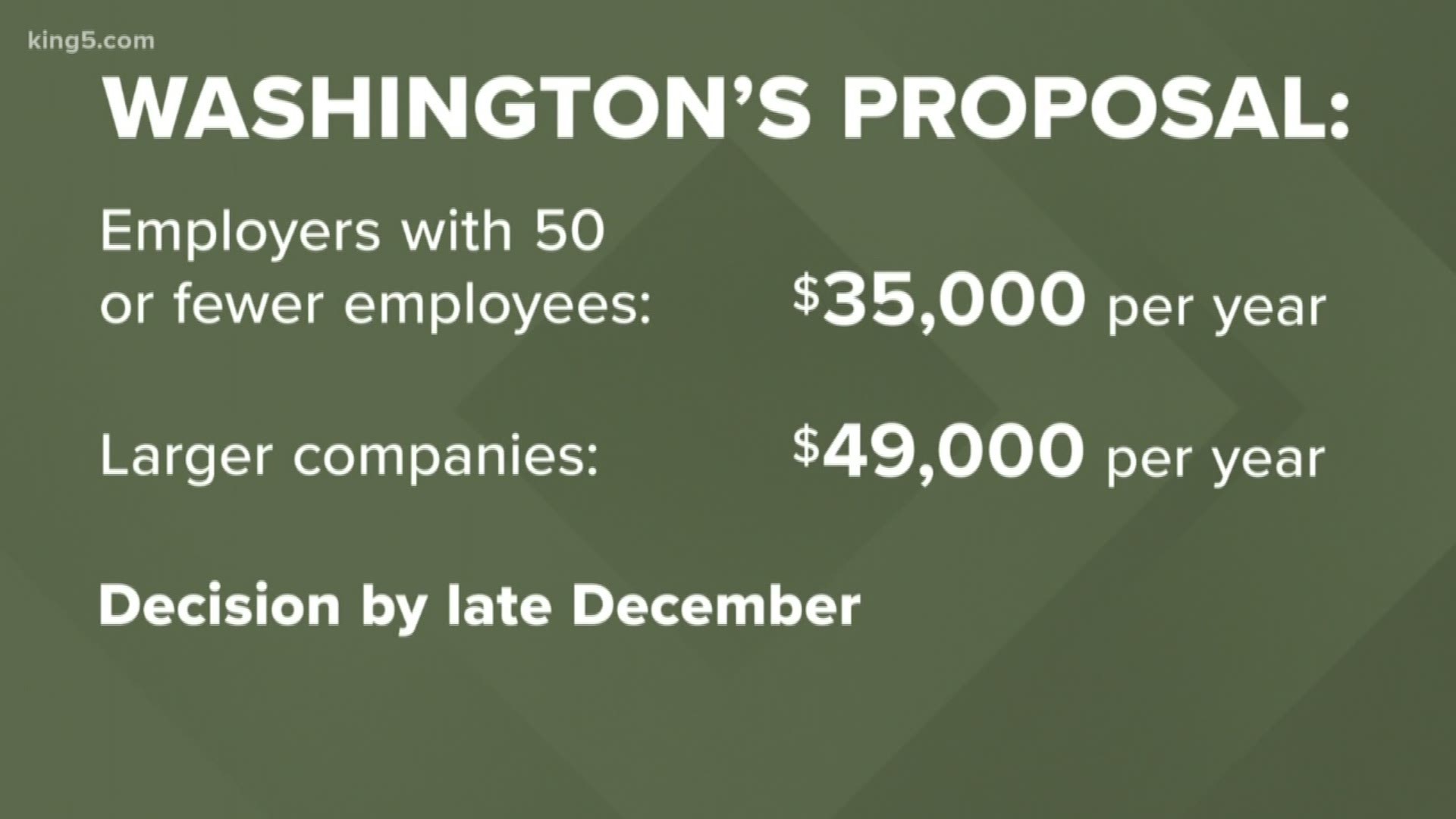 SEATTLE — Editor's note: The above video was published earlier this year.

As the city of Seattle has changed over the years, the cost of living has also increased to accommodate the city's growth.

With an increase in the cost of living, the median income has increased for the average Seattle worker, according to the U.S. Census Bureau.

The median income represents the midway point, so half the households surveyed earn more and half earn less than the median.

The Census Bureau has released its 2018 American Community Survey results, which includes estimates for the median income for workers in different areas around the country.

The most recent survey found that the average worker in the Seattle-Bellevue-Everett metropolitan area made $49,618 with a margin of error of +/- 970.

It should be noted that the survey doesn’t take into account factors such as cost of living, housing costs, and other factors that may affect income levels.

Only two major cities have a higher median income than Seattle: San Francisco and San Jose.

The American Community Survey also points to a larger issue of pay inequality, not only in the Seattle, area but the state and country as well.

Nationwide, the trend is the same. The Census Bureau says that the median earnings for a full-time male employee were $52,004. Nationally, a female makes about $10,000 less than her male counterpart, according to the survey.

RELATED: Here's how much the average worker in Spokane made in 2018

As for the bigger cities in the Pacific Northwest, the median worker income in the Portland area (Portland – Vancouver – Hillsboro Metro Area) was $40,229 last year.

Boise, the Tri-Cities and Yakima didn’t have 2018 data available.

The survey also breaks down the different industries that employ workers in the area.

Seattle and the state shared two top industries with the most employees, with the first being educational services/healthcare/ and social assistance.

The third top industry in the state was retail, while the transportation/utilities industry came in third in Seattle-Bellevue-Everett.

RELATED: This is what the typical Portlander earns, according to new US Census rankings