Two passengers flying to Seattle on separate flights in January and March say they were sexually assaulted while on the airplane.

Two suspects, Babak Rezapour of California, and Nicholas Matthew Stevens of Alaska, have been arrested and charged with abusive sexual contact aboard an aircraft, according to the U.S. Attorney's Office.

Rezapour is accused of assaulting a passenger next to him on a January Norwegian Airlines flight from London to Seattle. The victim says she awoke to find him inappropriately touching her, repeatedly, according to court documents. Law enforcement officials say DNA evidence "was found in the inside front of the victim's underwear," according to a lab report.

In the second case, Nicholas Matthew Stevens, a registered sex offender, is accused of harassing another passenger on an Alaska Airlines flight from Anchorage, first making strange comments to her, then initiating unwanted, physical contact, according to court documents. 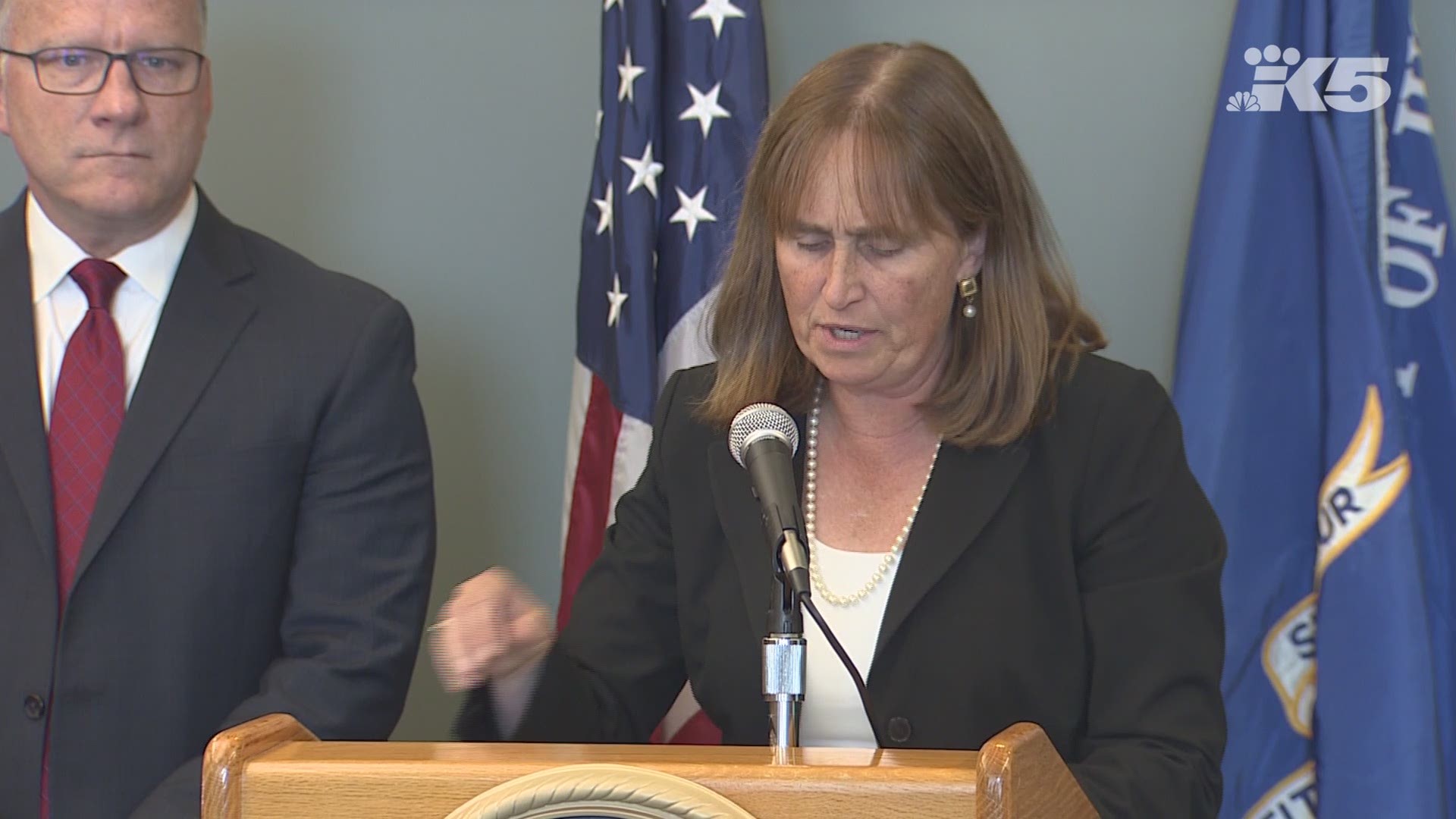 "So often, victims, especially initially are thinking, 'Am I imagining this; am I overreacting?,'" said Mary Ellen Stone, Executive Director of King County Sexual Assault Resource Center. "I think the other thing, people, victims are often reluctant to, sort of, call attention to the situation."

However, the FBI has launched a new awareness campaign to urge passengers to report any and all unwanted physical contact.

CHART: Reports of in-flight sexual assaults on the rise

"Reports of sexual assaults on aircraft are increasing, and we want the public to know these assaults are federal crimes and will be investigated and prosecuted consistent with the law," U.S. Attorney Annette L. Hayes said in a statement.

A separate survey by the Association of Flight Attendants (AFA) found one in five flight attendants reported hearing about passenger-on-passenger sexual assault while working a flight.

"We know these things have happened on our planes, but there hasn't necessarily been a willingness for people to come forward or a belief that the FBI and other local law enforcement would take these issues seriously, so this awareness by the FBI is very helpful," said Taylor Garland, a spokeswoman for the AFA.

Washington Senator Patty Murray is among the lawmakers who urged the Department of Transportation to examine the problem. A provision in the omnibus budget passed in March directs DOT to convene a National In Flight Sexual Assault Task Force to create updated guidelines for the industry.

Read Senator Murray's letter to the Department of Transportation

"There are not as many options when you're 30,000 feet in the air, and these policies and procedures need to take into account the reality of the aircraft cabin," said Garland, who notes many flights lack empty seats in the event an accused perpetrator needs to be moved.

The FBI urges passengers to be vigilant and report any assaults to the flight crew. Once the plane lands, the airport police should be notified, so they can take an official report.

If you are seated next to a stranger on a flight, the FBI advised keeping the armrest down. If you are making flight arrangements for an unaccompanied minor, buy a ticket for an aisle seat so flight crew can keep a closer eye on the child.

The FBI also warned offenders may "test" their victims by brushing up against them to see how they react. If that happens, passengers are advised to reprimand the potential offender or even ask to switch seats.

Law enforcement agents also warn that mixing alcohol with sleeping pills or other medication, especially on an overnight flight, can make it difficult to remain alert.