One boys suffered a significant hand injury, and the other was hit with firework debris. 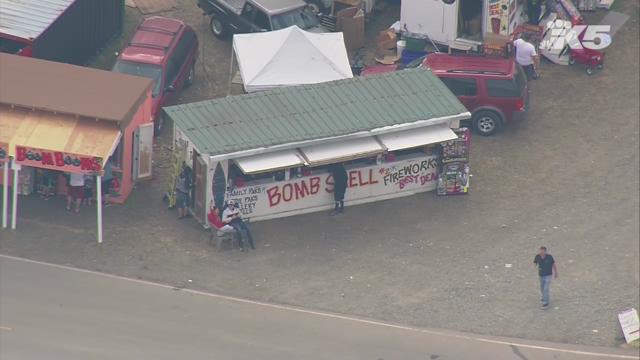 Two boys were injured Monday after picking up a firework near the Muckleshoot fireworks area.

The boys, who are about 12 or 13 years old, according to Auburn Police, were walking home through the fireworks area when they found a firework and picked it up.

The firework exploded, and one of the boys significantly injured his hand. The other boy was hit with flying debris.

It’s unclear if the firework had already been discharged when the boy picked it up or if he lit the firework, causing it to explode, according to Auburn Police.

The boys were taken to Auburn Hospital and Valley Medical Center.