Both a father and son face charges after injuring two people during a driving lesson on a city street in Marysville. 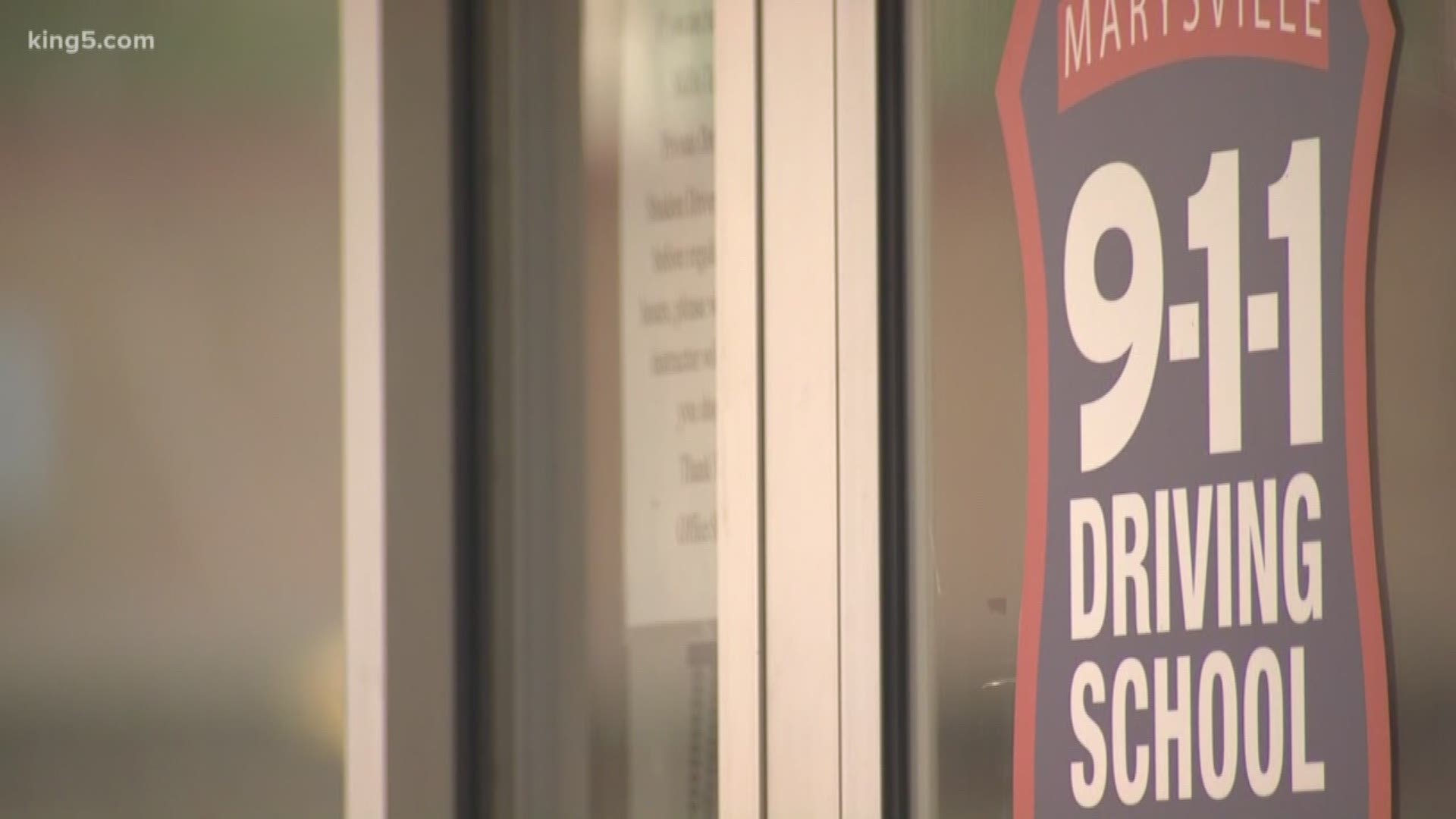 MARYSVILLE, Wash — A father and his 14-year-old son face misdemeanor charges after their driving lesson in Marysville ended in an accident.

Marysville police said on August 10, the 14-year-old was driving down State Avenue near Grove Street when the vehicle went off the road and hit a garbage can near a bus stop. Police say a 60-year-old woman and her one-year-old grandchild were injured.

Both the father and son now face charges. The father is facing charges in Marysville Court with the misdemeanor criminal traffic charge of allowing an unauthorized minor to drive. The teenager is facing charges for the infraction of Negligent Driving 2nd degree, and a misdemeanor criminal traffic charge of ‘No Valid Operator's License.’

“It's illegal for a 14-year-old to be on the road and the Legislature had decided to let kids drive at 15 because they're a little more coordinated,” said Rory Bolter, an instructor for Marysville’s 9.1.1. Driving School and an officer with the Arlington Police Department.

“The law's written specifically to make sure these kids have some coordination,” said Bolter.

Bolter’s driving school sits along State Avenue and when kids are ready, he says they'll drive the busy road.

“That’s to get that experience of being around a lot of vehicles and pedestrians,” said Bolter.

Washington state law says a child can receive their permit at 15-years-old if they’re enrolled in a driving course. Teens over 15 ½ can get a permit if they pass a state administered test. People must be at least age 16 to receive their license.

Bolter said he knows teaching a child to drive it an important experience for both a parent and child.

“I feel bad for the kid because he probably just wanted to make his dad proud,” said Bolter.

Police say the woman in the crash was injured on her leg and the baby only suffered ‘bumps and bruises.’

“We are grateful that more serious injuries did not occur,” said Marysville Police in a statement.

Bolter said every child’s learning pace is different and on the first day of class, he shares this message with parents.

“Get your kids into a parking lot, practice with them… until you feel comfortable that they know how to turn, break and handle the wheel,” said Bolter.