Everyone made it out of the building, according to East Pierce Fire. 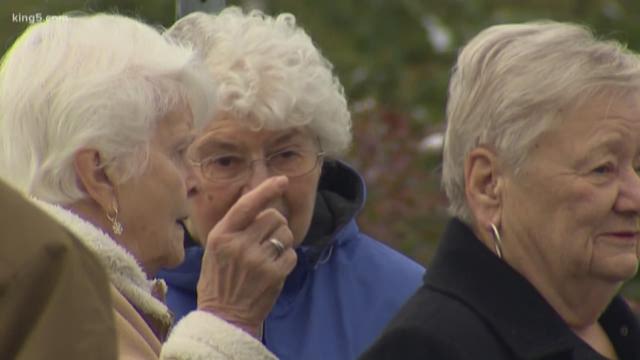 At least 138 residents at the Alder Ridge Senior Retirement Community were displaced by a two-alarm fire in Milton on Tuesday.

The cause of the fire is under investigation, but fire officials are looking at the chimney as a source of the blaze.

"It's heartbreaking," said Marcy Alden, who came back to the complex Wednesday morning to see if she could get her insulin out of her apartment.

The complex's manager, Angie Howells, was able to retrieve the medication for Alden.

Everyone made it out of the 116-unit building, according to East Pierce Fire.

All residents have been moved to the Mill Ridge Village where food and housing will be provided, according to a spokesperson for the Alder Ridge apartment community.

People can help by donating to a fund for residents at Columbia Bank in Milton called "Alder Ridge Donations." Hygiene kits (toothbrushes, toothpaste, lotion, hairbrushes and shampoo) for residents are also needed, and can be dropped off at Mill Ridge Village in Milton.

Seniors displaced by apartment fire in Milton are getting personal belongings, prescriptions back from fire scene. pic.twitter.com/KajtMWElSn