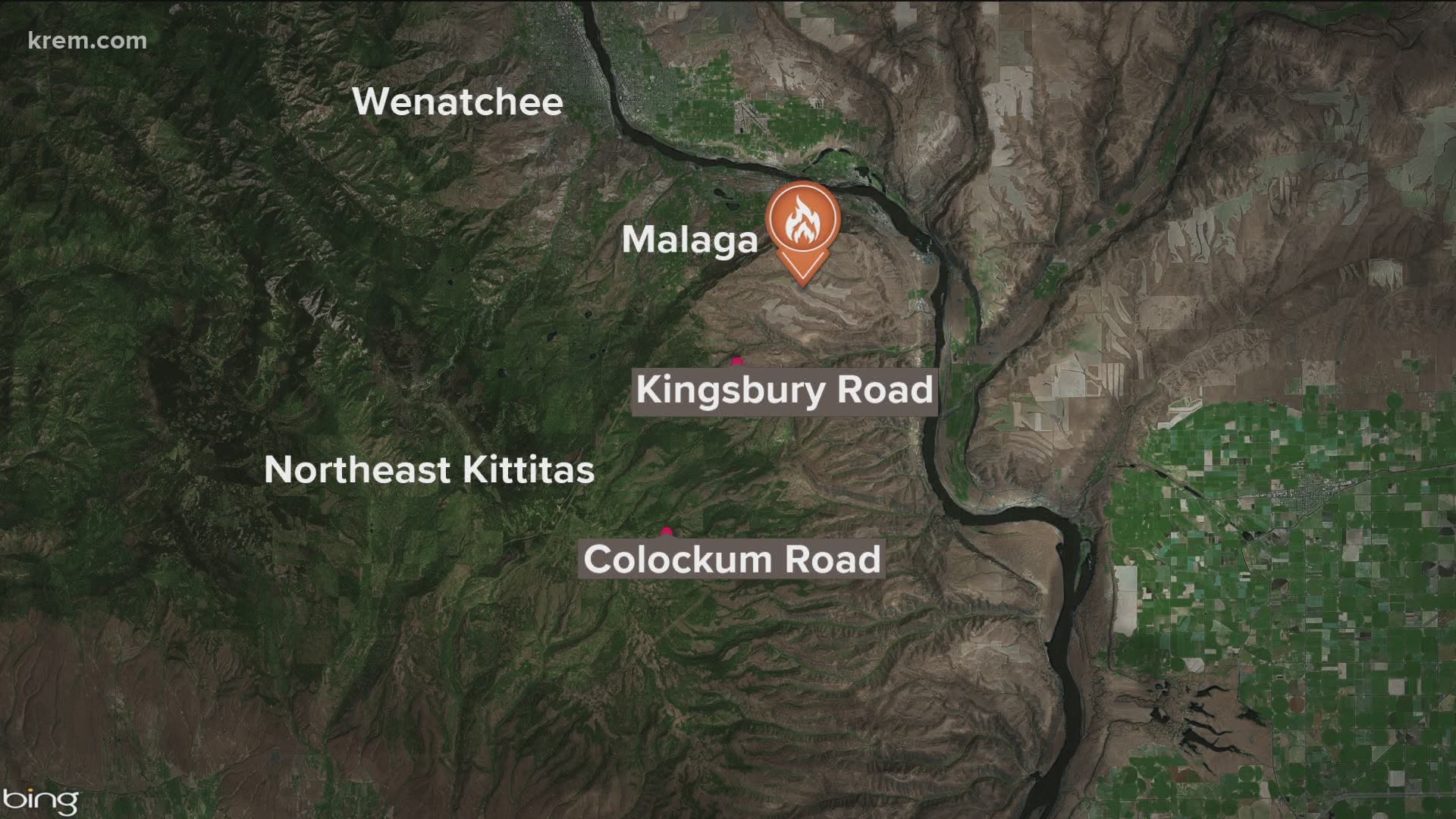 Evacuation levels for several roads near the Colockum fire have been lowered as of Sunday.

Level 3 evacuations have been lowered to Level 2 for Kingsbury, Jumpoff and Colockum Roads west of Wenatchee in Chelan County according to The Southeast Washington Interagency Incident Management Team.

On Monday, July 27 SWIIMT says Team 2 took control of the fire at 7:00 a.m. on Saturday with 80% of the fire contained that burned approximately 3,337 acres.

No homes or infrastructure are believed to be damaged at this time according to SWIIMT.

According to the SWIIMT, the fire is burning near Malaga, which is south of Wenatchee.

SWIMMT says about 250 crews are currently working at the scene.

The cause of the fire is still under investigation.

RELATED: This is where the wildfire risk is highest this summer in Washington