Tug boat companies are suing the EPA to stop a Washington state ruling that bans the dumping of raw sewage in Puget Sound area waterways. Now, several environmental activist groups are getting involved in the legal fight. 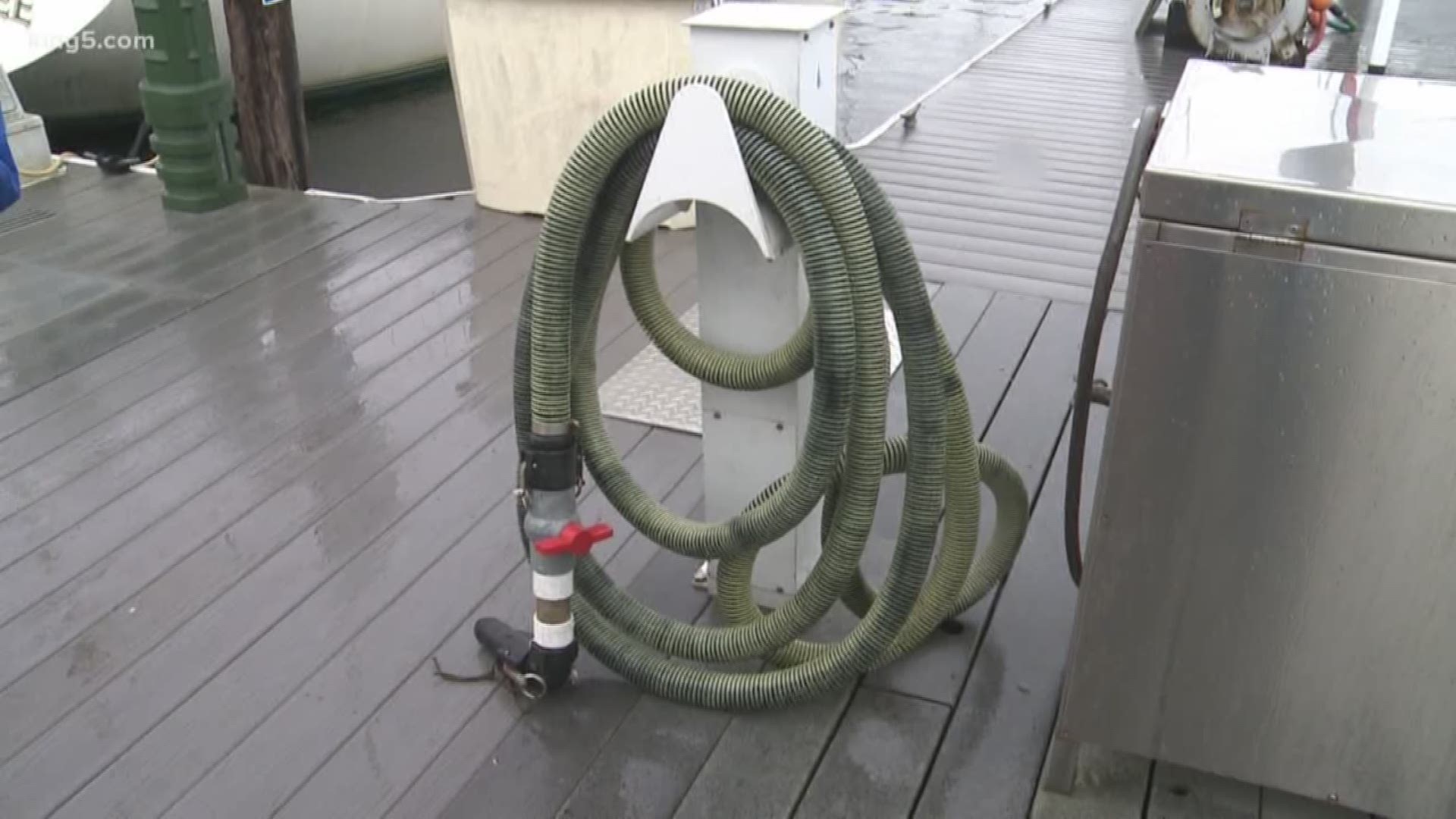 TACOMA, Wash. — Last year, the Washington Department of Ecology created the Northwest's first no discharge zone (NDZ), which would span 2,300 square miles from the Canadian border to the Discovery Island Lighthouse and waters east of the New Dungeness Lighthouse. It also would include Lake Washington, Lake Union, and connecting waters to Puget Sound.

There are more than a hundred pump-out stations around the Puget Sound area to help boats pump out their raw sewage.

"The Department of Ecology has done some studies that have shown that wastewater discharges right at the surface are especially harmful because they can travel a great distance with wind and currents. They can make shellfish unsafe to eat. They can make beaches unsafe to swim in," said Puget Soundkeeper Executive Director Chris Wilke.

Puget Soundkeeper is now one of several groups fighting back against a lawsuit that tugboat companies have filed against the EPA, which ruled that Puget Sound has enough pump-out stations to accommodate Ecology's decision. They have joined the EPA as intervenors, along with the Washington Environmental Council and Friends of the Earth

"AWO and its member companies have a long record of commitment to the highest standards of marine environmental protection in Puget Sound and on waterways throughout the nation.  However, the Department of Ecology's proposal for a Puget Sound No Discharge Zone cannot be shown to improve water quality in Puget Sound, and the Department acknowledges that it would cost vessel operators $750 million while providing no demonstrable environmental benefit. We therefore join recreational boaters, the passenger vessel and cruise line industry, and NMTA, the nation's largest marine trade association in opposition to this NDZ as proposed. There are several better options to provide NDZ protection for Puget Sound without this unsupportable cost. AWO looks forward to working with Ecology, the EPA, and the U.S. Coast Guard to develop a better NDZ alternative for all stakeholders in Washington State."

Boats can currently dump raw sewage in Puget Sound if they are three miles from shore. Partially treated sewage can be dumped overboard from anywhere, even at the dock. The regulation will require any vessel with a permanent toilet to store its waste until it could be pumped ashore.

Boats were given 5 years to comply.

"If you look at these tugboats, they are very sophisticated vessels. They are multimillion dollar vessels. There are a lot of systems on board, lot of safety systems. They have relatively small crews, so they're not going to generate that much waste. How much chili can a crew of four eat?" Wilke said. "And some marinas have really taken a proactive step of not only making a pump out available but also making the pump out available to each slip. The marina behind me here, you don't even have to move your boat to get it pumped out. You just bring a hose out to your boat."

There are 90 no-discharge zones in 26 states.