Mayor Don Anderson predicted that a train would derail along the Point Defiance Bypass route. After the fatal crash last year, he says little has been done. 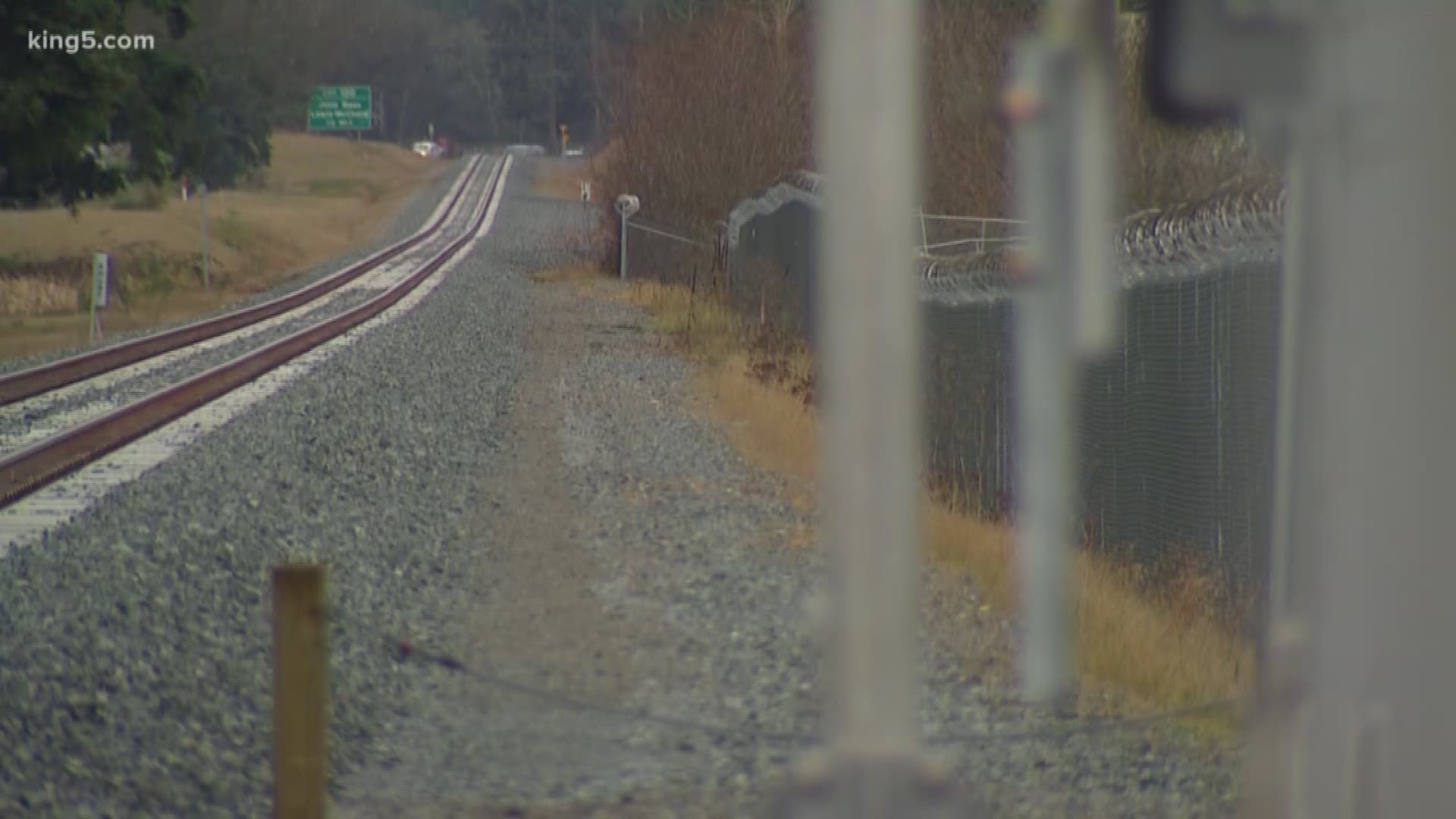 Lakewood Mayor Don Anderson predicted that a fatal train crash would happen along the Point Defiance Bypass route that goes through his city.

One year after a fatal train derailment in DuPont, Mayor Anderson is still waiting for someone to take responsibility.

Before the Amtrak train derailment that killed three passengers, Anderson said he was fearful that the new high speed route was unnecessary and unsafe.

"As my 6-year-old grandson said a year ago playing with the Christmas train, 'everybody knows that if you go too fast around a curve the train goes off,'" he said.

Sadly, that scenario played out in on Dec. 18, 2017 when the train rounded a curve through DuPont at 79 mph that should have been taken at 30 mph, according to the National Transportation Safety Board. Thirteen of its 14 cars jumped the tracks.

Since then, Anderson's concerns about improving safety have been all but ignored.

The NTSB has yet to issue a final report on the crash.

"There are more problems to address. There are still safety concerns, and they have all been summarily dismissed," Anderson said.

After multiple lawsuits failed to result in any change, Anderson and the City of Lakewood have one more option. They are planning to lobby the state Legislature to add a new train station in the city. That would service local passengers and create a natural slow down for the train near the area where the crash occurred.

Since the crash, virtually nothing has been done to physically change the stretch of rail.

Behind the scenes, Amtrak says it has been making safety improvements, such as launching a new "Safety Management System" to better protect passengers and crew on board.

It's also redesigned more than 50 technical safety courses for engineers and crew members who work on the train. And Amtrak says it's developing a stricter process in the way it chooses new routes like the one through DuPont.

The Washington State Department of Transportation wants to restart train travel and eventually add more routes along the Point Defiance Bypass route. A spokesperson says WSDOT is waiting to make any final decisions until the final NTSB report is issued.

But Anderson knows any changes bring little solace to the families of the three people who died.