After a KING 5 investigation, the county is implementing changes to better protect victims of domestic violence and sexual assault. 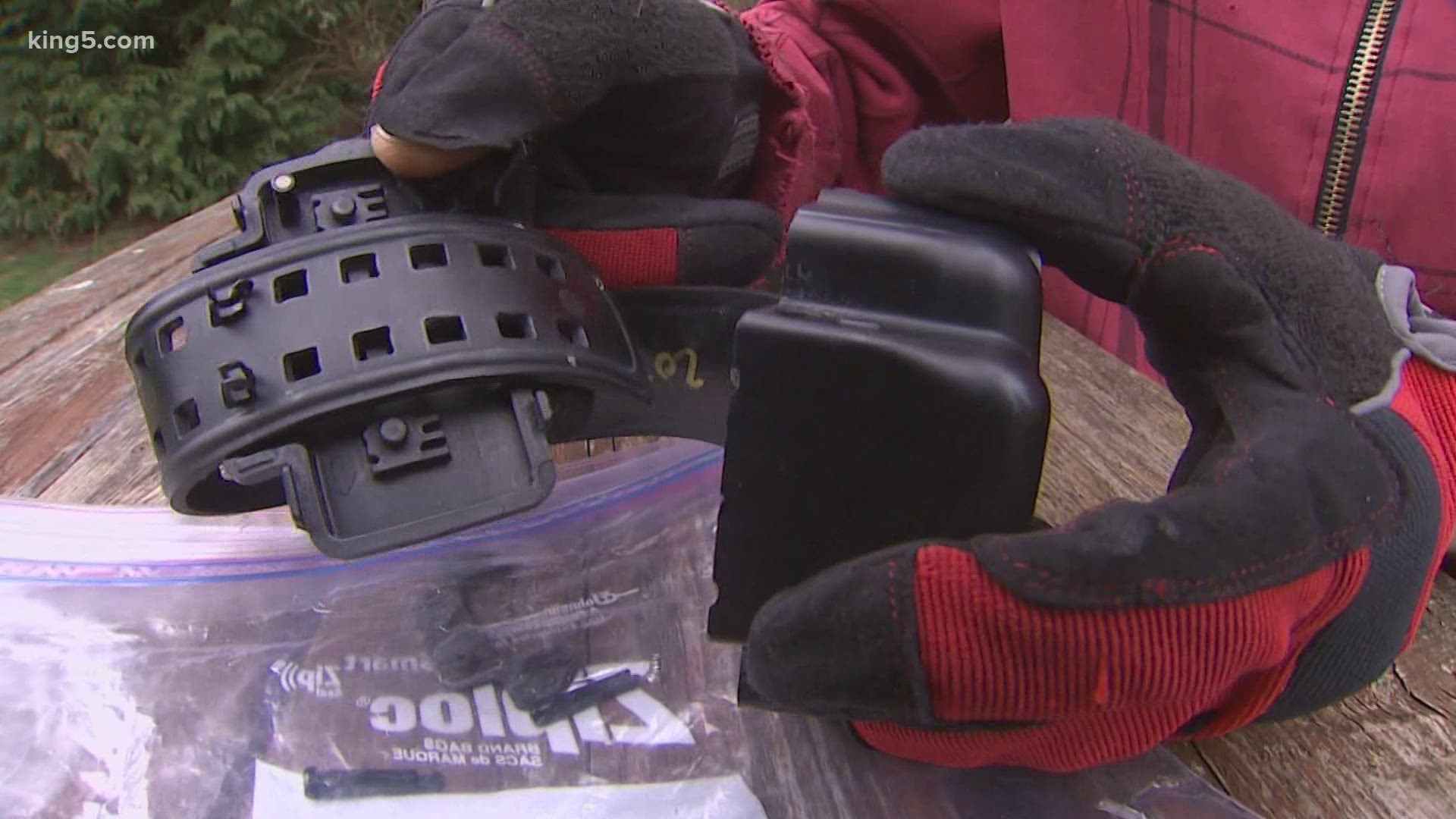 SEATTLE — King County criminal justice officials from several agencies have begun holding meetings to cut down the amount of time that offenders on electronic home detention are not being monitored, KING 5 has learned.

The KING 5 Investigators revealed last week that people wearing ankle bracelets on the program are not monitored for violations on nights and weekends, as more offenders than ever are serving time in this manner due to COVID-19.

RELATED: King County offenders on electronic home detention not being monitored on nights and weekends

When a violation occurs after business hours, the county is not staffed to see violation alerts. That means the courts and victims are not informed of a violation, such as cutting off an ankle bracelet, until the next business day.

The county department that oversees electronic home monitoring, the Department of Adult and Juvenile Detention (DAJD) plans to extend their weekday monitoring hours beginning next week. Currently, the office is open Monday through Friday, 7 a.m. to 3:30 p.m.

“Like the rest of our system partners, DAJD remains committed to continuous improvement. Our Community Corrections Division began bringing caseworkers in on weekends on overtime beginning Saturday, Oct. 3. We hope to extend our weekday hours beginning the week of Oct. 19. We convened a meeting late last week with the courts, county prosecutor and public defense agencies, and scheduled another meeting for next week to ensure we are exploring a variety of creative solutions going forward,” wrote Noah Haglund, communications specialist for DAJD in an email to KING 5.

Last week the chief criminal judge for King County Superior Court, Judge Patrick Oishi, issued an email to his colleagues outlining a policy change of discontinuing electronic home monitoring in cases involving violence until victims can be notified of a violation 24/7.

The state senator who sponsored a successful bill during the 2019 legislative session which allows access to real-time victim notification technology via cell phone, applauded the court’s new directive.

“That’s great news. I’m really happy this is important enough to be looked into and realizing what it can do for victims across the board,” Sen. Lynda Wilson (R-Vancouver) said. “It’s really important for our domestic violence victims. They are fearful all the time, every day.”

Wilson grew up witnessing domestic violence in her home and is a champion of survivors. For three years she worked to get the bill passed.

Last year the legislation was changed to the Tiffany Hill Act, after a Vancouver-area mother of three who was shot and killed by her estranged husband with a long history of assaulting his wife.

Tiffany Hill was killed five days after her husband was released from jail. He shot her in front of her three children in a van parked at an elementary school. Later in the day he shot and killed himself.

“It hit home pretty hard for me because I grew up with domestic violence pretty prevalent in my home,” Wilson said. “I thought if the bill had been enacted by then she might still be alive today.”

“While the Tiffany Hill Act left victim notification discretionary, DAJD and the Court agree that the intent of the law was to implement it, if feasible, and so we believe that it should be implemented now along with 24/7 notification to the Courts,” wrote King County Superior Court Presiding Judge Jim Rogers.

Late Monday, KING 5 learned the court will begin reviewing current cases to ascertain if additional measures should be taken to ensure victims are protected.

“The Court will review (electronic home monitoring) cases. For any cases the Court believes it is necessary and appropriate, we will set hearings to review conditions with the parties,” Oishi said.

More from the KING 5 Investigators