There are renewed calls for city and county leaders to take stronger action on security at the King County courthouse. 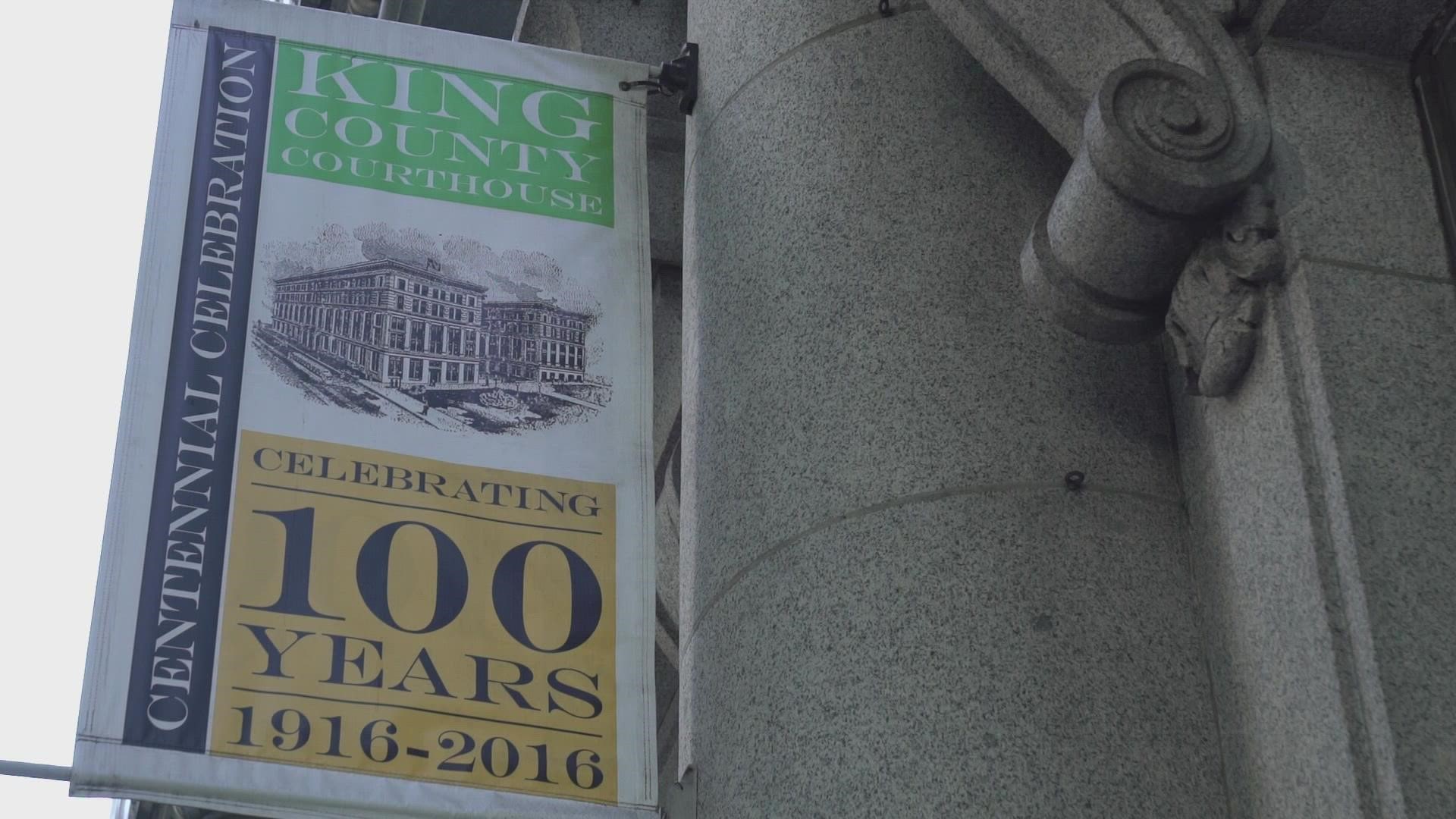 SEATTLE — There are renewed calls for city and county leaders to take stronger action on security at the King County courthouse after a man allegedly attacked a woman in a court restroom, Thursday.

“Unfortunately, it's not that uncommon,” said a woman who works at the courthouse and asked not to be identified.

“A lot of employees here, we talk about it a lot, people are very uncomfortable coming to work, it's hard for their safety even inside the building,” she said.

In 2018 there was a stabbing right outside, followed by a shooting. A courthouse memo also warned that a staff member was punched in the stomach, so was a lawyer, and a person was body-slammed.

In 2019, a man on the sidewalk attacked a public defender, punching him several times and knocking him to the ground, according to court documents.

A metro bus driver tried to help, but the attacker turned on him. The suspect had an active warrant for assault.

A judge then ordered the 3rd Avenue entrance to the courthouse to close.

"The safety conditions at the 3rd Avenue entrance to the courthouse have deteriorated,” presiding Judge James E. Rogers wrote in his order at the time. “This Court receives constant reports of assaults committed against litigants, jurors, attorneys, members of the public, and employees.”

King County Councilmember Reagan Dunn blames the shortcomings on cuts to law enforcement and a homeless camp at City Hall Park next door, which he says should be cleared and relocated to a safer place.

The King County Sheriff's Office said the suspect in Thursday's attack was homeless. Court records show he's attacked women in the past.

“I've been beating this drum for a long time now trying to get folks to take action, and all I see are letters going back and forth,” Dunn said, Thursday.

With no other recourse, Superior Court Judge Sean O'Donnell has a warning for visitors.

“My advice to them (is) heads up at all times, watch where you're walking, if you can, walk with someone else, be safe, be aware of your surroundings,” he said.

King County Executive Dow Constantine’s office put out a statement, Thursday, saying the county is talking with groups representing courthouse workers, as well as the Mayor's office, but there are no firm details about what steps they'll take next.