A 39-foot gray whale that was found dead was taken to Whidbey Island for a necropsy. A NOAA Fisheries official said it appeared skinny. 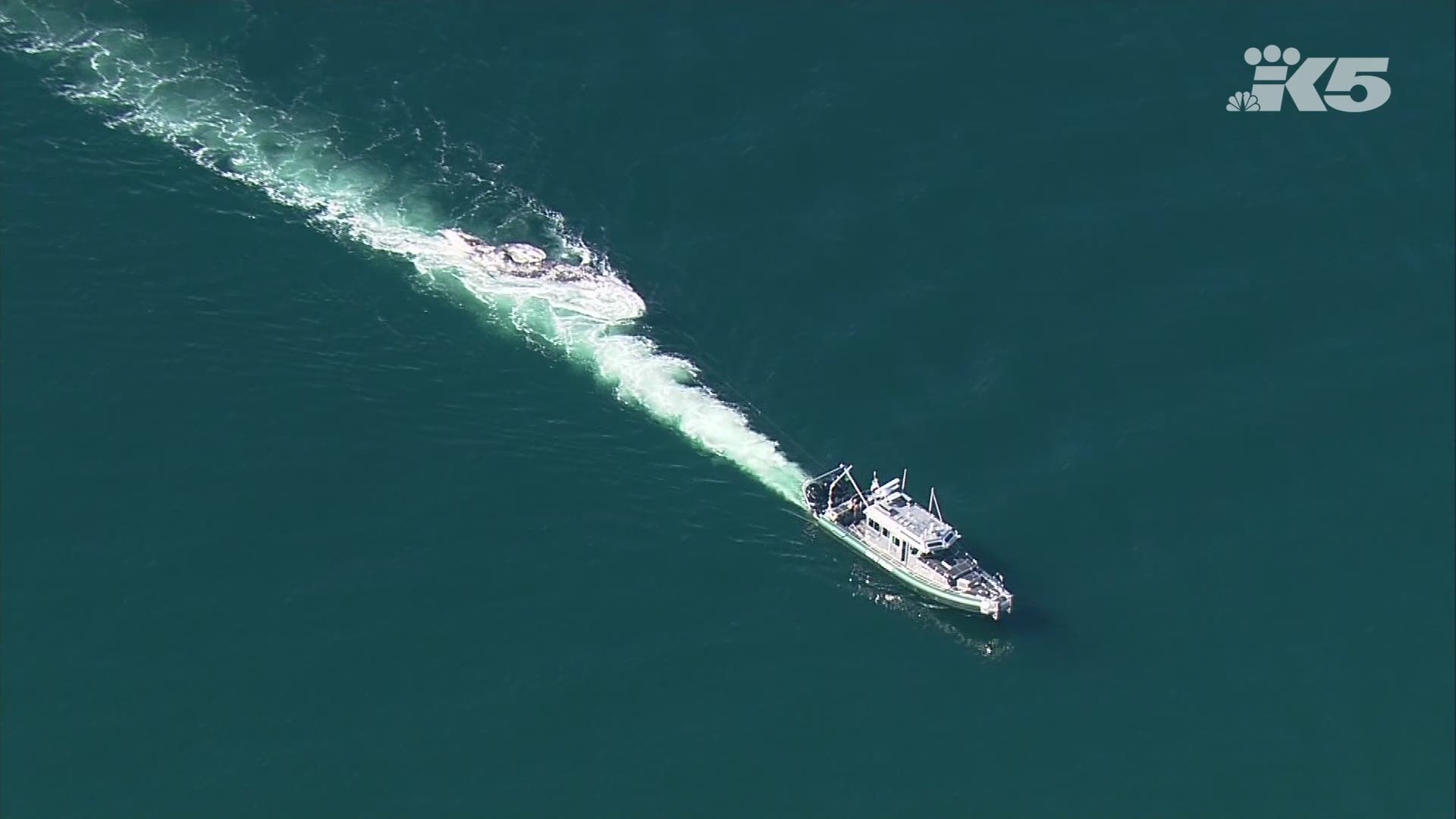 A male adult gray whale has been found dead at the Coast Guard Pier in Elliot Bay.

Crews with the Washington State Department of Fish and Wildlife towed the whale toward Whidbey Island where Cascadia Research Collective scientists performed a necropsy Monday afternoon.

The 39-foot whale’s body was in poor condition with no signs of trauma, according to the initial finding of the necropsy. NOAA said there were no food contents in the whale’s stomach at the time of the necropsy.

Surveys in one of the main Baja lagoons has found about half of the individual whales to be skinny and malnourished. Skinny whales have also been seen in San Francisco Bay.

Six gray whales have been stranded in Washington so far this year. At least one of those whales was necropsied and found to be emaciated.