What brings the 'June Gloom' to western Washington?

It's doesn't mean rain per se, just cloudy weather and maybe some drizzle. 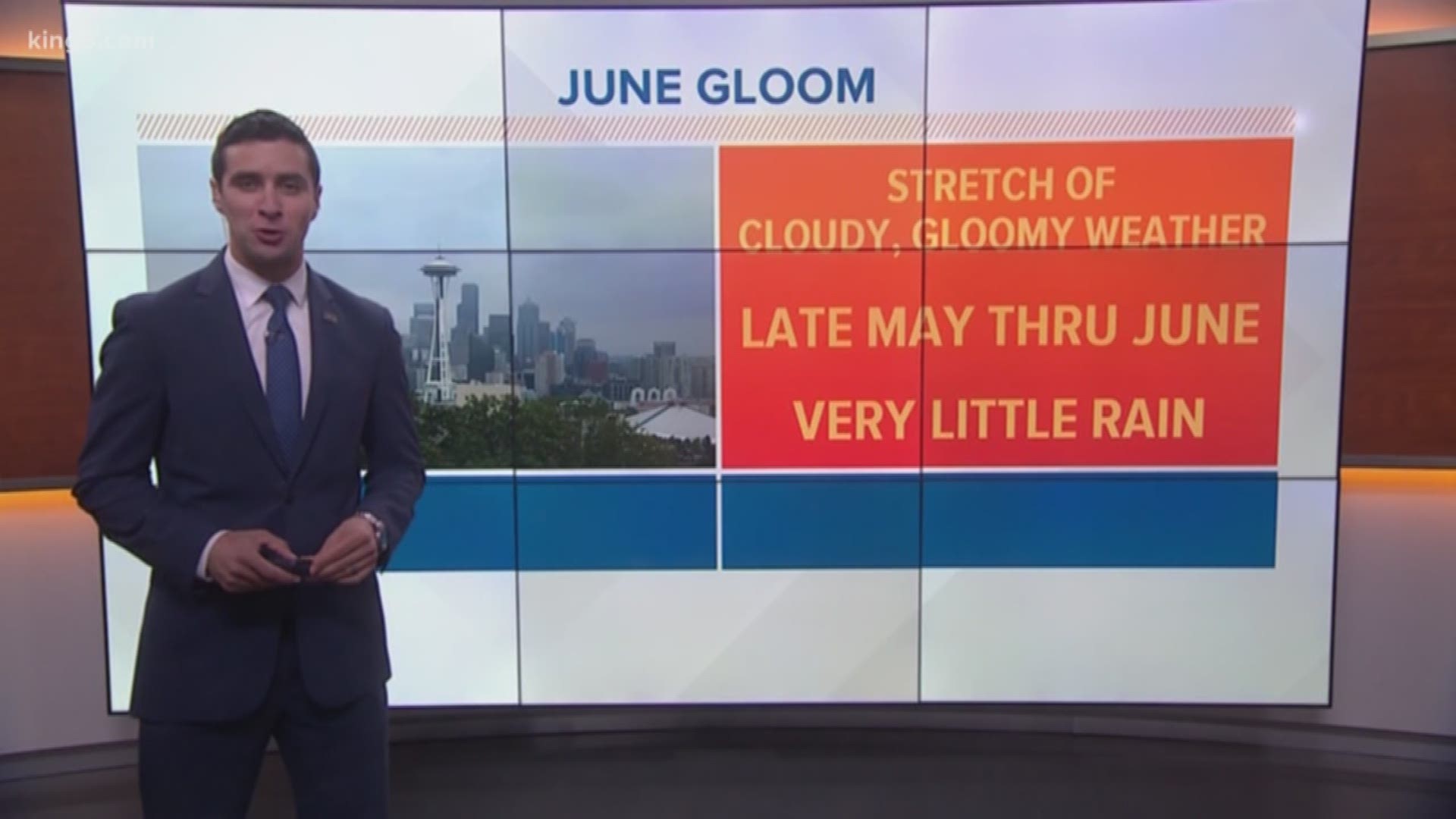 June Gloom: it’s known as a stretch of cloudy, gloomy days, with only partial sun in the afternoon from late May through June in western Washington. Why does it happen and when will it go away?

Here’s how it works: this time of year, high pressure begins to develop just off the coast. With high pressure overhead, the wind tends to be light, and not much mixing occurs. Warm, less dense air sits above cooler, denser air near the ocean’s surface. This generates many clouds underneath the area of high pressure, but not a lot of rain.

Why do we see more cloudy, gloomy days specifically in June?

During the winter and early spring, we tend to see a more active weather pattern which stirs up the lower atmosphere. As June approaches, high pressure tends to lift north off our coast and develops low clouds.

Check the forecast at KING5.com/weather

Also, the warming temperatures over eastern Washington develop lower density air, and relatively lower pressure. The cooler Pacific air is then drawn into the interior.

The high pressure gets stronger during the month of June, and the layer of cooler air near the surface becomes shallower. The cooler air can then be more easily mixed out by the heat of the sun. That typically happens by the 4th or 5th of July, which is when many people consider summer to start in western Washington, with more days of sunshine ahead.