'It looked like a nuclear bomb went off': Portland firefighters return from California

Portland Fire Captain Brad Cullison said it was unbelievable to walk through entire neighborhoods turned to rubble. He said the fire moved so fast, it was tough to find a home still standing. 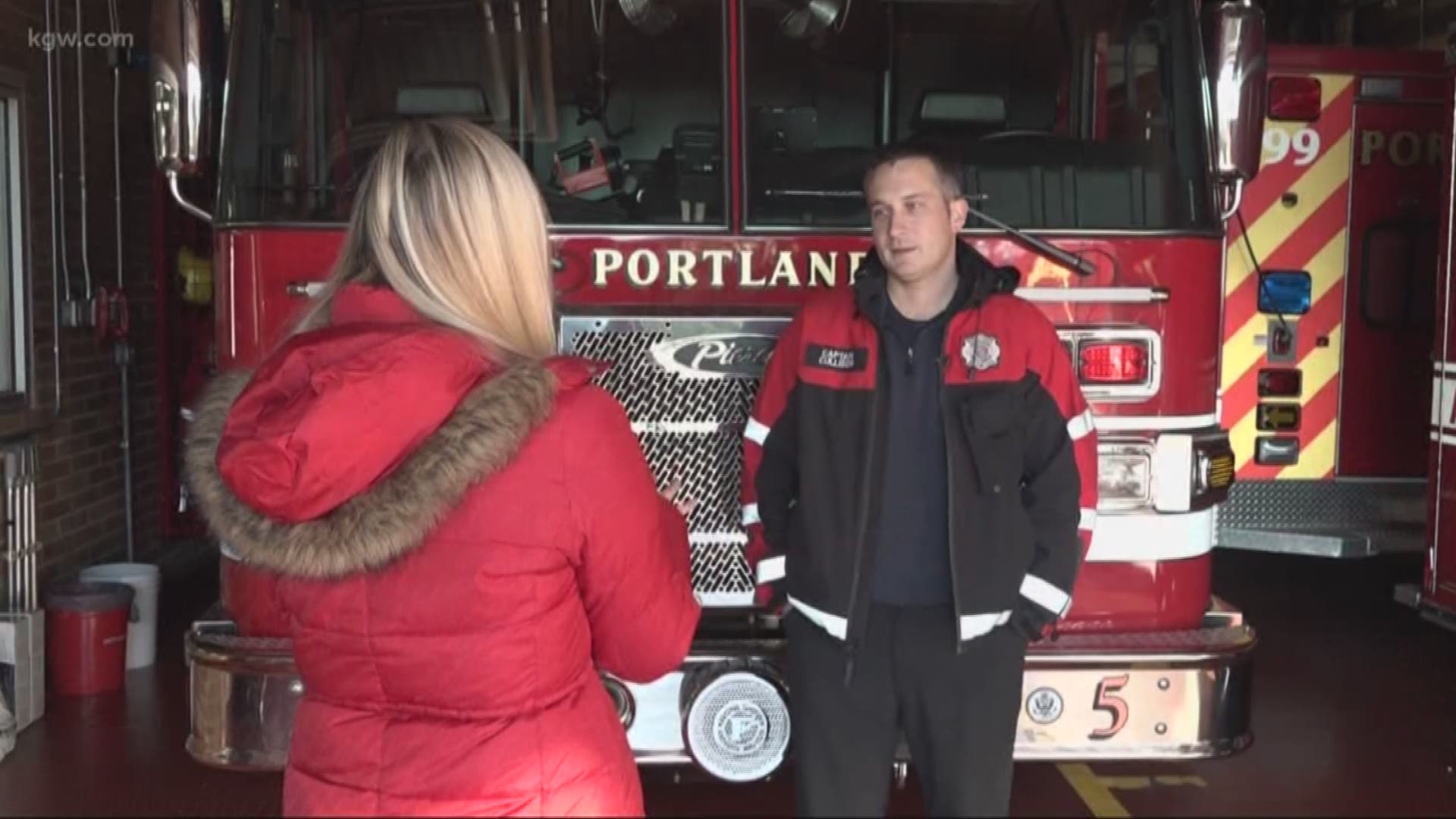 Portland Fire Captain Brad Cullison was part of the strike team. He said it is one thing to see video of the destruction, but it is completely different to experience it in person.

“It was indescribable, basically, it looked like a nuclear bomb went off from what you saw in history books,” Cullison said. “It was just smoldering bricks and puddles of molten aluminum."

Cullison said there was no escaping the smoke. Firefighters worked in it and slept in it.

“The first couple days of acclimating, it’s like sore throat, you’re trying to flush your sinuses, your eyes are all red,” Cullison said.

Cullison’s team moved into neighborhoods after the fire left to help search for missing people, clear debris, and put out hot spots. He said it was unbelievable to walk through entire neighborhoods turned to rubble. He said the fire moved so fast, it was tough to find a home still standing.

“Every once in a while, you'd find a house that survived, but there really wasn't a rhyme or reason, some people that took a lot of initiative and preparation to prepare their house for that, the winds were just so strong it didn't matter,” Cullison said. “It was just like a storm coming of fire.”

It was an exhausting week for firefighters but Cullison said they were glad to help and the people who lived there were extremely thankful they were there.

“People were stopping us, we couldn't even make it through the aisle without them stopping us and thanking us, we had to refuse everybody buying our food, our shirts, our socks that we needed, it was just, everybody was so thankful and amazed that wow, Portland, Oregon is down here, this is big,” Cullison said.

His team was one of about 15 teams sent from Oregon to help. Another team of firefighters from Clackamas County are coming home Monday night.