A six-month investigation by KING 5 found that the VIEW isn’t the first non-profit nearly run into the ground with Rosemary Hibbler at the helm. 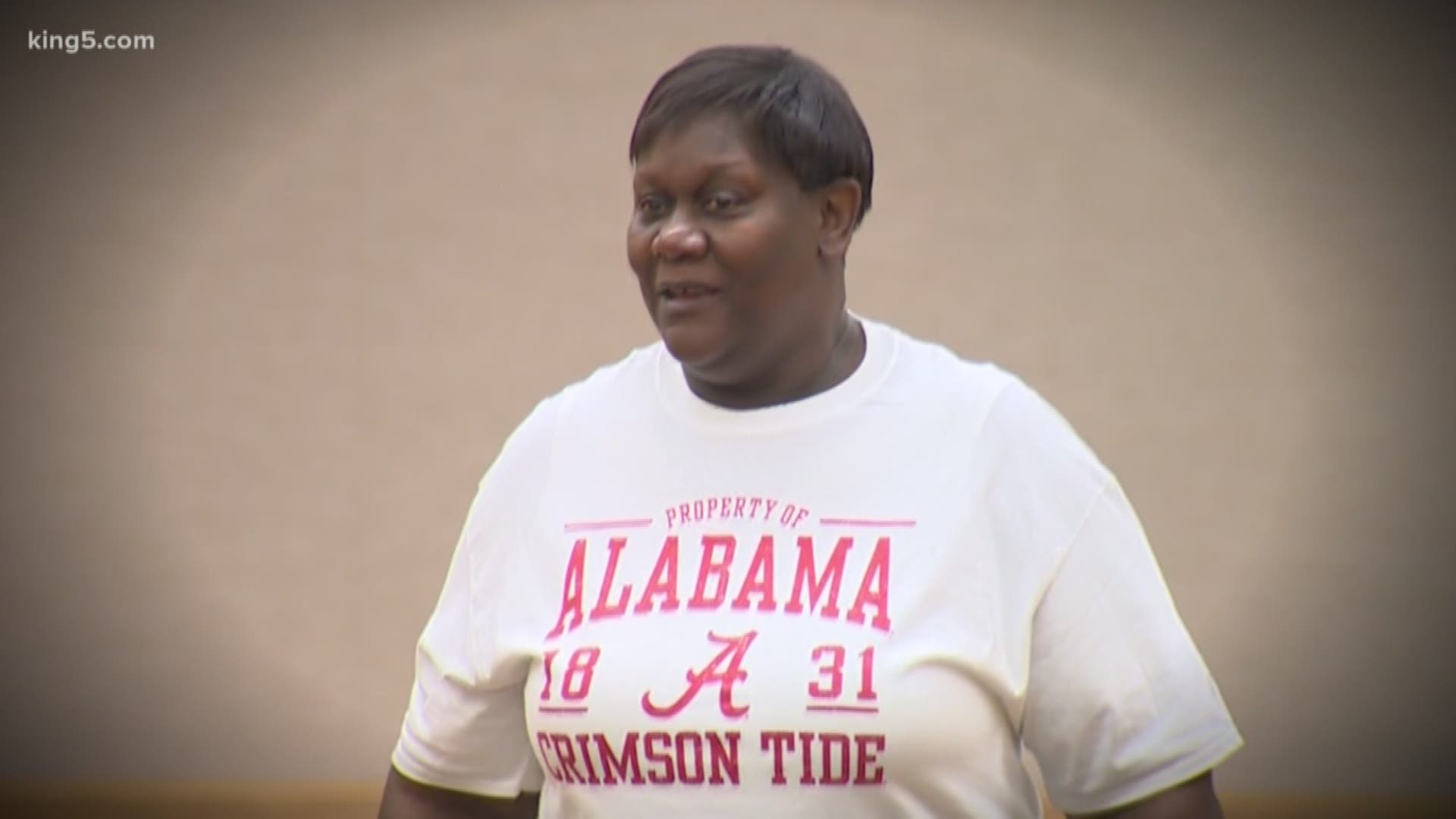 TACOMA, Wash. — The woman at the center of a scandal at a Pierce County charity for homeless and disabled veterans isn’t a newcomer to funneling money away from people in need, a KING 5 investigation found.

Rosemary Hibbler and the charity she’s in charge of, the Veterans Independent Enterprises of Washington (VIEW), is under criminal investigation by the Washington State Attorney General’s Office as well as the University Place Police Department.

A KING 5 investigation found Hibbler diverted money away from the VIEW by spending the charity’s money inside local casinos, to pay for her personal rent as well her Direct TV bills.

Bank statements from 2018 and 2019 also show thousands of dollars in unexplained withdrawals, checks written out to cash, and funds transferred into someone’s personal bank account.

In a deposition related to a class-action lawsuit against the VIEW involving 73 veterans, Hibbler said “I plead the fifth,” when asked about casino withdrawals and rent payments.

“No, I did not take VIEW’s money and use it to gamble. That’s the answer to that question,” Hibbler said in an interview with KING 5.

The diversion of money away from the VIEW, which has a 31-year history in Pierce County, has harmed some of the veterans the organization initially helped with housing and employment.

Army veteran Mike Garwick, 62, got off the streets with assistance from the VIEW. Now, he’s homeless again. He’s found temporary shelter at the Tacoma Rescue Mission.

“I believe it’s Rosemary Hibbler’s fault,” said Garwick. “There’s no way we should be treated like this, by nobody. We served our time. We did our years in the military. We deserve better.”

A six-month investigation by KING 5 found that the VIEW isn’t the first non-profit nearly run into the ground with Rosemary Hibbler at the helm.

In September 2013, three years before becoming operations manager at the VIEW, Hibbler was hired by Vincent Sewell and his mother Patricia of Federal Way. Their non-profit, Sober Solutions, offered transitional housing for homeless veterans, as well as addicts and convicts in King and Pierce Counties.

The Sewells said they knew Hibbler had a criminal history for felony forgery and theft, but they gave her the benefit of the doubt.

“We’re about giving people a second chance. Just because you’ve been to prison doesn‘t mean you’re no longer any good to society. So sure, we gave her a chance,” said 53-year-old Vincent Sewell.

Approximately a year into her employment at Sober Solutions, the Sewell’s said their accountant came to them with serious concerns. In court documents, they said the accountant found “misappropriated funds…taxes, mortgages, contractors and utility bills” weren’t getting paid.

“It was a big mistake (to hire Hibbler),” said Patricia Sewell. “I don’t think she thinks that she will ever be caught.”

Sober Solutions bank records from 2014, analyzed by KING 5, show thousands of dollars in unexplained withdrawals, including withdrawals at an ATM inside the Clearwater Casino in Kitsap county.

Rosemary Hibbler is from Alabama.

“We’re blown away that someone like this is able to do that,” Vincent Sewell said.

Through tears, Patricia Sewell explained how hard the downfall of their organization has been on their finances and personal lives. She and her son filed for bankruptcy in 2014. Patricia said she now struggles with sleeping and went on additional medication for high blood pressure.

“It’s tough. I try not to think about it. We had to go through hell to save our properties, and we’re still doing it. It’s tough,” 70-year-old Patricia Sewell said.

Rosemary Hibbler said she did not steal from Sober Solutions.

“I’ve done none of that. To say that is not only insulting, but it’s not accurate,” Hibbler said. “Patricia Sewell is totally not telling the truth and she didn’t lose everything because of me.”

“….it became clear that Sober Solutions…had limited if any financial safeguards in place in terms of Hibbler’s use of and leeway with the business’ money,” Det. Scholl wrote.

Scholl found since Hibbler “had full authority” to write checks and “conduct all banking” for the charity, there was “not a crime” committed. She closed the case.

But in a civil case filed by the Sewells, a Pierce County Superior Court Judge found Hibbler liable for “common law fraud” – and that she had been “unjustly enriched.” In a 2017 default judgment, Judge Veronica Galvan ordered Hibbler to pay the Sewells $226,886.

That was two-and-a-half years ago. None of it has been paid.

The Sewells are working to rebuild their business and their lives. They said part of their healing is to continue to advocate for accountability for Rosemary Hibbler.

“We hate that we see the VIEW dealing with this. We want to stop it. That’s why we’re here today,” Vincent Sewell said.

Hibbler continues to be in charge at the VIEW.