The Washington Office of Family and Children's Ombuds' probe comes in response to a KING 5 investigation in May. 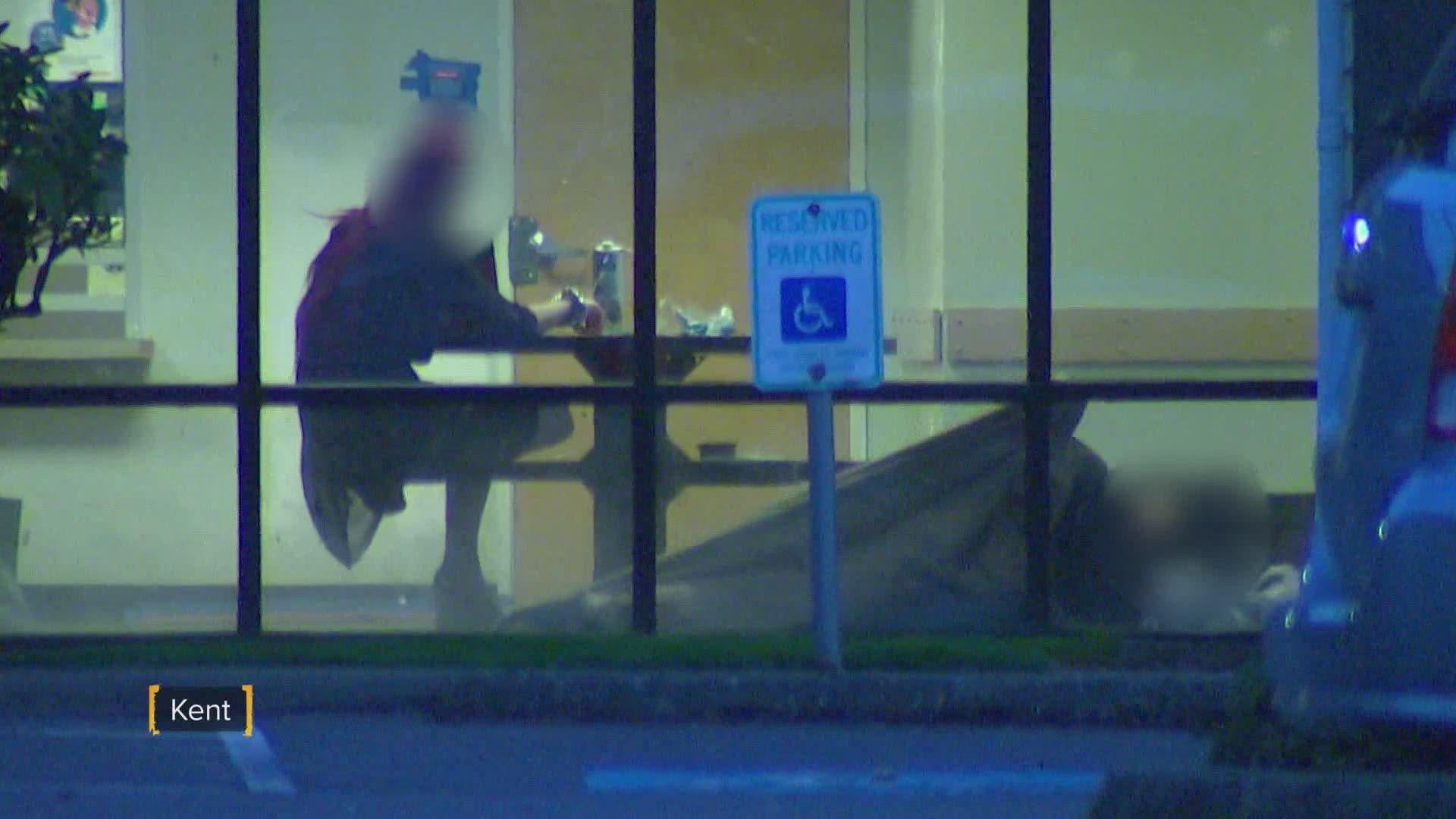 OLYMPIA, Wash. — The Washington Office of Family and Children's Ombuds says it has launched an investigation into allegations that the state’s child welfare agency punished “hard to place” foster youth by forcing them to sleep in social workers’ cars and in state offices without adequate bedding.

The state watchdog’s probe comes in response to a KING 5 investigation last month, which uncovered a years-long pattern of Washington child protection workers dangling basic necessities, like a safe, warm place to sleep, as a way to get challenging foster youth to behave or follow orders.

“These are children who have already been traumatized, who know they don’t have a stable place to sleep,” said Patrick Dowd, director of state Office of Family and Children's Ombuds. “We are only exacerbating that trauma and harm to the child by now withholding bedding or a breakfast sandwich or other basic necessities from the child. That is the piece (of KING 5’s findings) that I found most concerning.”

The Washington Department of Children, Youth, and Families (DCYF) oversight board, an independent body created by the state legislature, will also review KING’s findings at its next meeting on July 15, according to board co-chairs Shrounda Selivanoff and Washington state Rep. Tom Dent.

The KING 5 investigation, which was based on a review of local and state records and interviews with foster youth and more than two dozen current and former DCYF employees, revealed agency supervisors instructed social workers to make youth sleep in uncomfortable places — like in social workers’ cars, on DCYF office floors and on plastic chairs and cots in office lobbies — when they refused to accept a placement at a foster home or group home. Some social workers said their bosses encouraged them to use other psychological tactics to make the youth even more miserable, like blasting the air conditioning, rolling down the windows or keeping the youth awake all night.

“I find it credible based on your report and frankly deplorable,” said Dowd, whose independent ombuds office responds to complaints about DCYF’s actions involving children and families in the child welfare system. “(It’s) completely unacceptable.”

Dowd’s team has spent the last six years tracking the thousands of nights Washington foster youth were placed in hotels and state offices — a statistic he reported last year has been rising at “an alarming rate.” But this is the first time, he said, the Office of Family and Children's Ombuds has proactively launched a systemic investigation into the potential that the child welfare agency took punitive actions toward the foster youth who ended up in those night-to-night placements.

As part of the investigation, Dowd said he and his staff will likely identify and speak with the foster youth who frequently cycle through emergency placements in offices and hotels, along with their attorneys and the social workers who supervise those kids.

“I don’t have a detailed plan yet but we want to follow up in different ways to get a clearer picture of when this is happening, how often it’s happening, why it’s happening —  particularly when the message from (DCYF) headquarters is, ‘It shouldn't be happening,’” Dowd said.

Nancy Gutierrez, a DCYF spokesperson, previously declined a KING 5 interview request and did not respond to reporters' detailed questions about this subject. She wrote in a May 19 statement that department offices have “adequate bedding,” and it’s “not part of DCYF’s practice to have youth sleep in cars overnight.”

Days after KING 5’s story, which included interviews with current and former employees who said they supervised foster youth in cars overnight, DCYF Secretary Ross Hunter maintained it's not an agency practice.

“So, we don’t have children sleep in cars. I want to be clear about that,” Hunter said during a May 25 virtual panel on foster care.

In an internal video message sent to DCYF staff last week, Hunter again referenced the KING 5 story and he told employees the department is taking steps to review how it responded to a January whistleblower complaint about a senior administrator’s actions at a staff meeting last year.

Hunter has publicly talked about the state's need for more intensive therapeutic placements for kids, and he's repeatedly admitted the department must do a better job of caring for the foster children who are hard to place. But the DCYF secretary denied his child welfare agency took steps to punish them.

“That (alleged punishment) was well documented in your report," Dowd, the ombuds director, said. "That’s where I think there’s a significant disconnect between the message from the (DCYF) administration and what happens in the field. And I think the department needs to take some steps to address that issue.”

Dowd said the state's foster children should not be spending the night in cars “under any circumstances.” As a result of KING 5’s reporting, he said he’ll ask the agency to begin tracking any instance when a foster youth spends the night in a vehicle, and he’ll also urge DCYF to implement a reporting system to prove it has appropriate sleeping arrangements in state offices for each of the kids who spend the night there.

“You have — from children and after-hours workers —  that children are sleeping on the floors, that requests for blankets, bedding, etc. were ignored. And then on the other hand, (DCYF) headquarters is saying something entirely different,” Dowd said. “I think the department needs to document that their offices are adequately equipped to provide for these children when office stays occur.”

Dowd said his office previously received at least two complaints about foster children sleeping in state vehicles, but his team could not substantiate the claims, and at the time, they did not launch a wider probe into the issue.

He said he expects to write about the results of his office's latest investigation in his 2021 annual report.

If you’re interested in becoming a Washington state foster parent, here’s how to contact the Department of Children, Youth, and Families to get more information about next steps.

Taylor Mirfendereski is a KING 5 investigative reporter, who specializes in multimedia storytelling, longform reporting and digital projects. Follow her on twitter at @taylormirf. E-mail her at tmirfendereski@king5.com or contact her via Signal at 206-348-4106.