A Washington lawmaker wants to tighten restrictions for transporter license plates after a KING 5 investigation revealed they were being used by criminals. 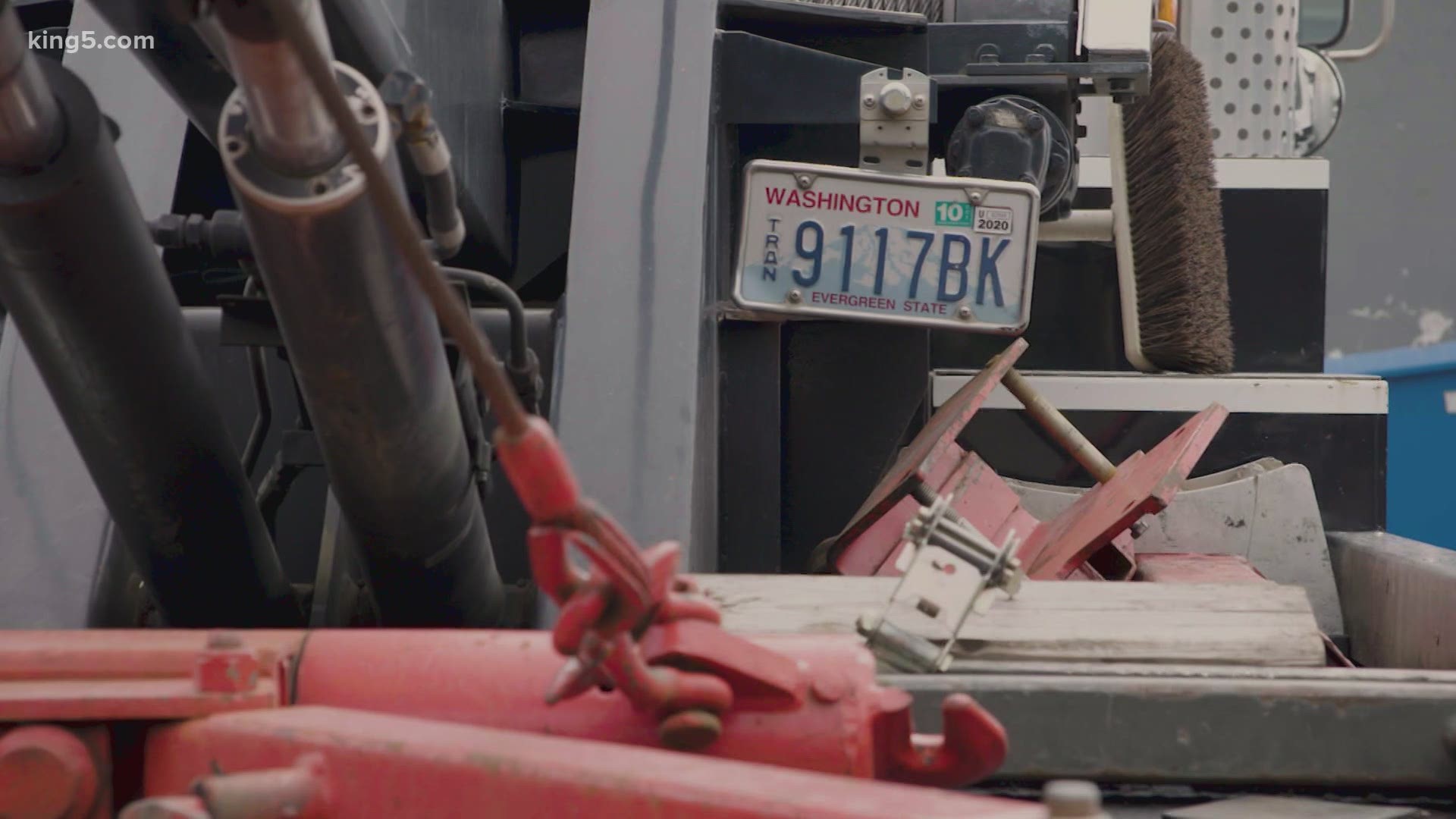 OLYMPIA, Wash. — Washington lawmakers are trying to keep out-of-state criminals from getting their hands on Washington state license plates.

A new bill targets crime rings that order transporter license plates from the Washington State Department of Licensing (DOL) for vehicles that are used for theft and drug running. Transporter plates are typically used by towing companies to place a valid tag on a vehicle that does not have a license plate.

A KING 5 investigation revealed last year that police agencies nationwide filed hundreds of complaints with DOL that transporter plates were being misused, and no action was taken to stop it.

“These guys just buy them, and then just start handing them out like candy to their people who basically commit criminal acts,” said Rep. Steve Kirby, D-Tacoma, who sponsored House Bill 1269.

In part, the bill would limit the number of transporter plates that any one company can receive to three sets of plates. It would also increase the fees for the plates to cover the actual cost of the program.

Last May, KING 5 reported that public records show police agencies on the East Coast complained to DOL for years that they were spotting Washington transporter plates on their roadways.

“About two-thirds of the people who were stopped with Washington transporter plates had criminal records,” said Captain Russell Henry of the Cranston, Rhode Island Police Department.

Henry said the plates were used by people with suspended driver’s licenses on cars used for drug running and theft rings.

In Connecticut, one man was charged with leasing Washington transporter plates to anyone who responded to his Craigslist ad.

Police investigators told DOL how the scheme worked: Criminals obtained Washington state business licenses by claiming they owned towing or vehicle transportation companies. With business licenses in the name of those fictitious companies, they applied for transporter plates which cost about $3 apiece.

The plates were valid on roadways in several other states, including Connecticut and Rhode Island. If a vehicle was stopped by police, its ownership was untraceable, because a records check came back to fake companies.

Records show that several police agencies were frustrated that DOL made no attempt to punish the people who were abusing the transporter plates.

“I think the bill needs to include some disciplinary action,” said Kirby.

Spokespersons for the DOL have refused KING 5’s repeated requests for an on-camera interview. They have never explained why DOL ignored the problem for many years.

In a statement about House Bill 1269, a DOL spokesperson said, “…we recognized changes need to be made to the vehicle transporter law to address the issues of misuse identified in your story” – and that DOL is working closely with the legislature.

Kirby says DOL is also making changes in several rules and regulations that he believes will plug loopholes that criminals can exploit.