DCYF Secretary Ross Hunter is facing mounting criticism over his agency's response to issues raised in a KING 5 investigation about the punishment of foster youth. 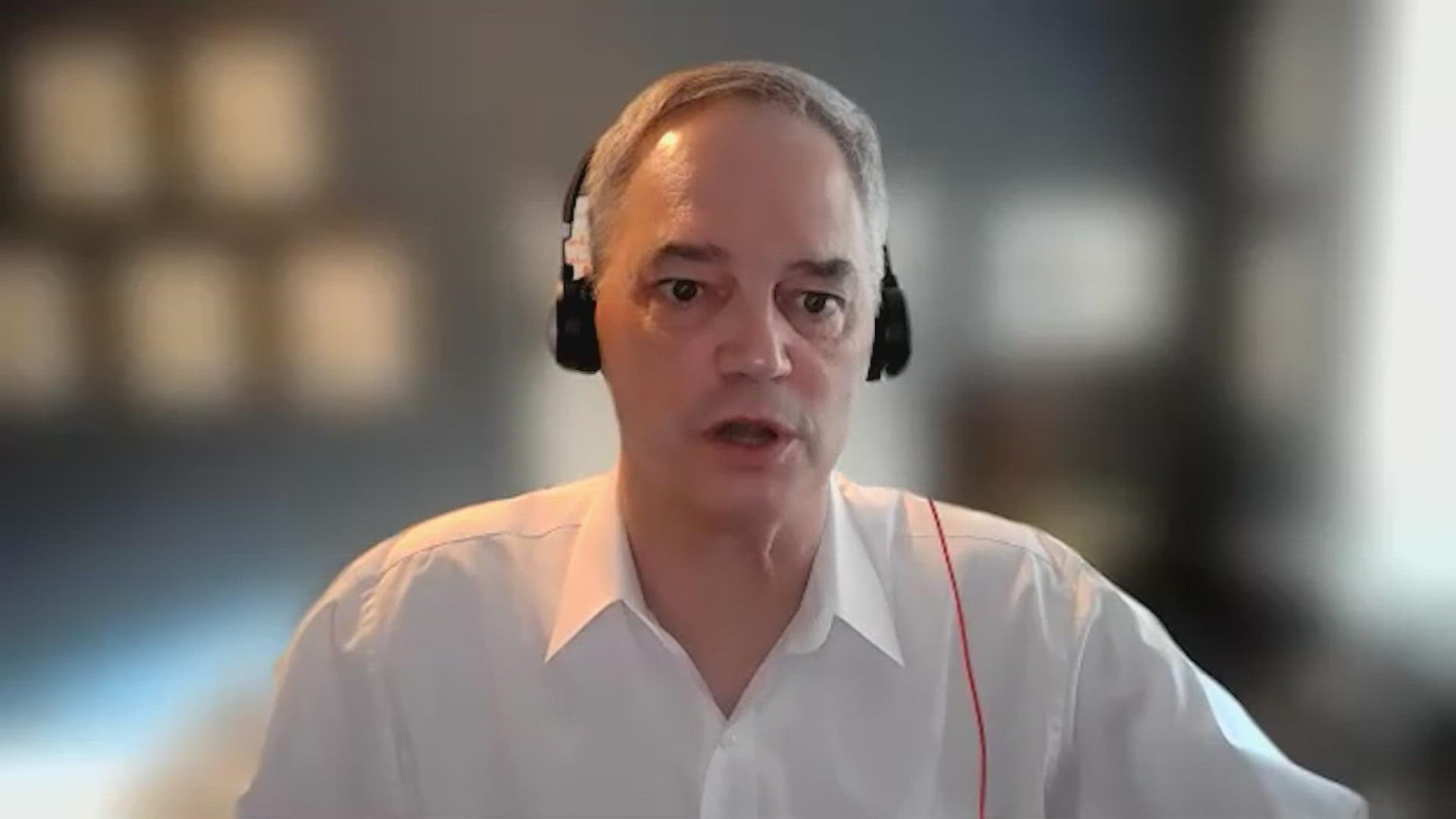 OLYMPIA, Wash. — The day after a May KING 5 investigation detailed Washington social workers' claims that they were ordered to punish and withhold basic necessities from misbehaving foster youth, an internal audit manager at the Washington Department of Children, Youth and Families (DCYF) scrambled for information about an explosive complaint.

Dupont Smith, according to her emails, was desperate to find out if or how the child welfare agency responded to a damning whistleblower complaint filed in January against a senior DCYF administrator, Tabitha Pomeroy. The anonymous complaint, featured prominently in the KING 5 report, accused Pomeroy of instructing employees at an all-staff meeting to make foster youth sleep in uncomfortable places, like in state vehicles or on office floors, when they acted out.

“This information is deeply disturbing and we want to make sure we are taking necessary measures,” Dupont Smith wrote to the Washington State Auditor’s Office, the agency responsible for informing DCYF about whistleblower complaints against department employees. “It really bothers me that I have nothing on file.”

DCYF’s own investigators were in the dark about the whistleblower’s complaint, but internal e-mails show the agency’s top leader, Ross Hunter, knew of the accusations at least four months before the complaint became public in the KING 5 story. Hunter said he forwarded the complaint to other managers in January, but he didn’t open a formal investigation.

In an Oct. 6 interview with KING 5, the DCYF secretary explained that Pomeroy was simply frustrated by a difficult situation, and he minimized the importance of the complaint.

“What I care about deeply is, what do we actually do? You know, what are our actions on the ground, rather than what does someone say in a meeting?” Hunter said. "We did some fact finding on this to make sure we understand what’s going on in the field….We did not create a formal HR investigation on that because that was not the appropriate response.”

Hunter has recently faced mounting criticism from state child welfare experts who think the DCYF secretary hasn't appropriately responded to allegations brought to light in the KING 5 series, After Hours: Fostering Chaos. The series uncovered a cultural problem bigger than any one manager, as more than two dozen current and former DCYF employees raised concerns about how department supervisors handled uncooperative and often traumatized foster youth who don’t have placements.

Rep. Tom Dent, co-chair of the DCYF oversight board, said he was deeply concerned that Hunter didn’t show up to a DCYF oversight meeting last month. Hunter, who faced nearly two hours of questioning at an oversight board meeting in July, was scheduled to return to the public September meeting for more questioning about his response to details contained in the KING 5 reports.

“Well, he's the face of the agency,” Dent said. “And there's some serious concerns and challenges to this agency. And I think that the number one individual in the agency should be there to answer those questions.”

The DCYF secretary said he didn’t attend because of a scheduling conflict, but Dent said Hunter’s absence underscored a larger problem: The oversight board members weren’t satisfied with Hunter’s previous answers to some key questions posed by the group.

“Do I want him to come back (to an oversight board meeting)? I do. There’s questions here that are not being answered. I think there’s serious, serious issues,” Dent said. “I’ve heard the allegations made around the folks that have been directing these children sleeping in cars or in the office buildings...and I’d like to have answers on why this is going on and why we’re not dealing with it.”

Gov. Jay Inslee, who appointed Hunter as DCYF secretary in 2017, said he has confidence in the way Hunter is performing his job. The governor said DCYF, under Hunter's leadership, is "moving in the right direction" but acknowledged that the agency has "more work to do" to create a "better situation." Hunter and his staff are currently implementing a plan to eliminate the agency's use of hotels and offices for overnight placements by Nov. 1.

Dent said he wants the secretary to open an internal DCYF probe to address potential personnel issues within the agency, including claims that department managers ordered some social workers to blast air conditioning, keep foster youth awake all night and take other steps to make the youth miserable when they refused to accept a foster home placement.

“I just think we need to take a real hard look at what’s been happening. And how do we fix that?” Dent said. “I think how we fix it is going to take an internal investigation with some honest answers.”

Hunter announced in July that DCYF would rely on the results of an external probe led by the Washington Office of Children and Families Ombuds, instead of launching its own internal investigation. The secretary said he didn’t want to duplicate the ombuds’ efforts.

“I am looking forward to going through, with the ombuds, all of the material that the ombuds’ (office) generates,” Hunter said. “If issues come up in that, we will take appropriate HR action.”

Patrick Dowd, director of the ombuds office, said Hunter and other DCYF leaders have fully cooperated with the external investigation, which he expects to conclude next month.  But the findings, he said, will focus on identifying systemic problems within the department instead of drilling down to personnel matters involving specific DCYF employees accused of punishing foster youth.

Deanna Ginter, a former after-hours social worker who raised concerns about DCYF’s treatment of “hard to place” foster youth, said she doesn’t think it’s sufficient for the agency to rely on the ombuds' investigation alone.

“Apart from the systemic issue, there are also individual employees within the system that have been abusive within their own roles,” said Ginter, who claimed her supervisors instructed her, on multiple occasions, to stay with foster youth in cars overnight and make them uncomfortable as a form of punishment.

“Based on the whistleblower complaint, I would believe that that would be grounds for the department conducting a personnel investigation,” Dowd said.