A KING 5 investigation, School of Broken Promises, prompted Washington's Workforce Board to look into allegations of unfair business practices at Office Careers. 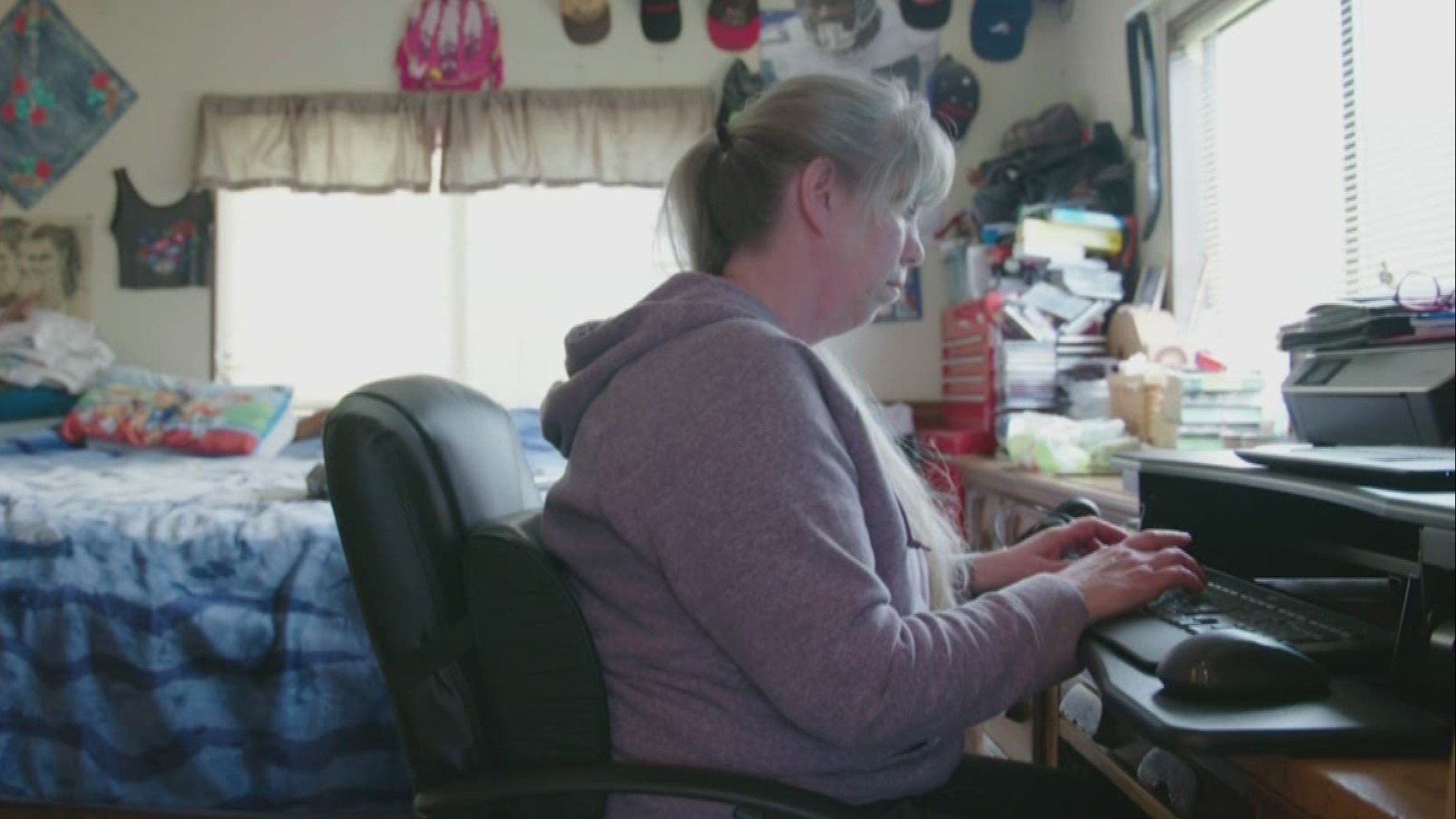 BURLINGTON, Wash. — The state agency charged with licensing private vocational schools in Washington has initiated an investigation into Office Careers, an unaccredited online training course where hundreds of injured workers have been sent for retraining.

The Department of Labor and Industries (L&I) has paid more money to the small school than to any other educational institution in the state to get workers who are disabled the skills to begin a new career.

The Washington Workforce Training and Education Coordinating Board (Workforce Board) also has the responsibility to take disciplinary action when they find a school in violation of state laws and administrative codes. Potential actions include issuing an admonishment, putting a school on probation and revoking the school’s license to operate.

“My investigation started after your first report. That got my attention,” said Jim Parker, program director of the private career schools and veterans education unit at the Workforce Board.

Parker said they are focused on whether Office Careers violated the state’s "unfair business practices" code that states a private vocational school can’t award a certificate or diploma “without requiring the (student) to enroll in and successfully complete a prescribed program of study.”

“Our agency is responsible for protecting the student and that also includes the injured worker,” Parker said. “If I hear the potential of the student being harmed, that’s a concern. We take that seriously, and we look into it.”

In a three-month investigation, the KING 5 Investigators uncovered unfair practices at Office Careers, which was paid $7.4 million by L&I in the last 10 years to retrain workers. The practices include giving students certificates of completion at the end of the program when they did not demonstrate they learned the skills and in some cases when the student didn’t even complete the program. 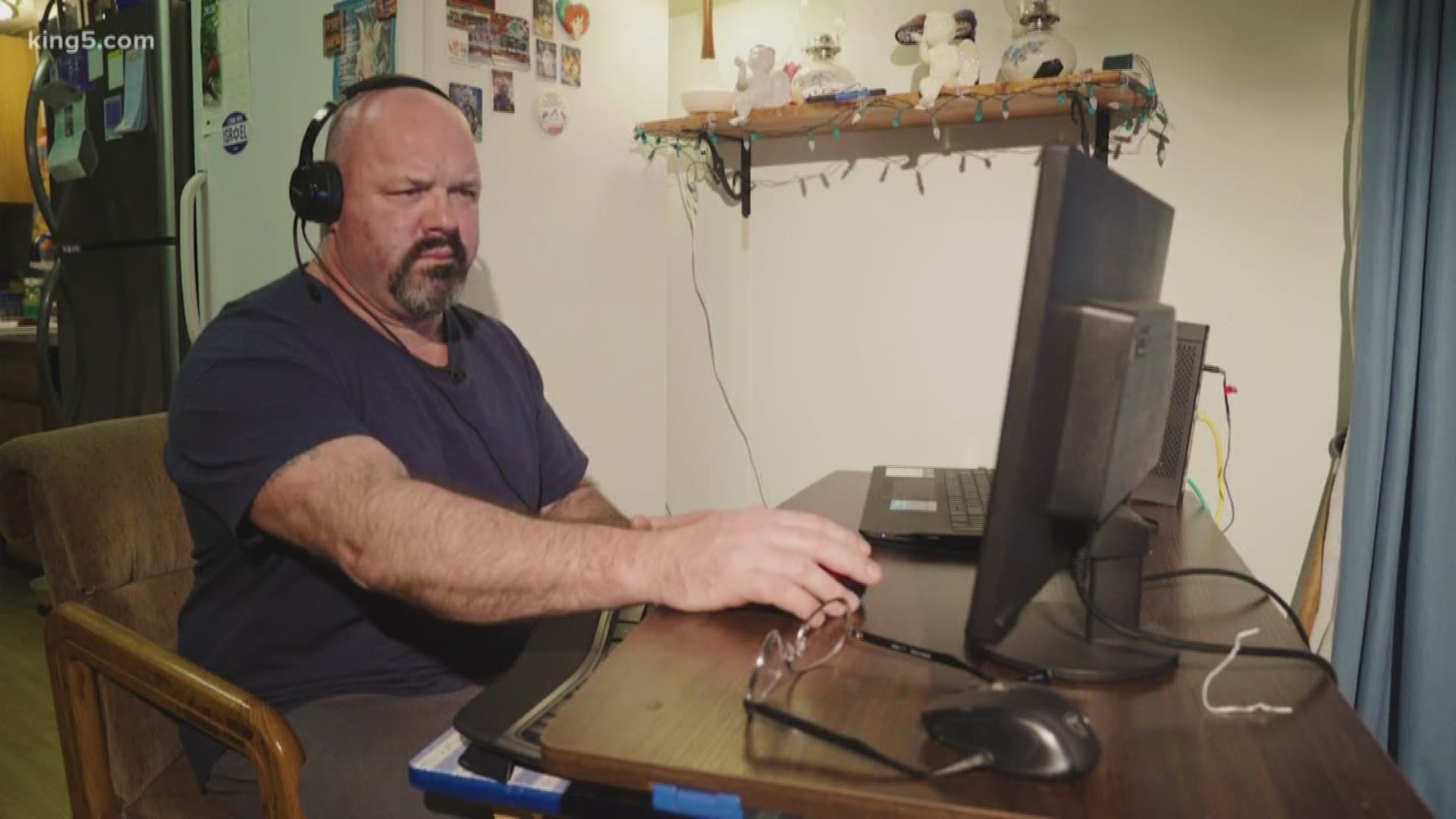 In interviewing or reviewing the files of current and former students, 36 injured workers said they were pushed along through the training whether they demonstrated they gained the skills or not.

“I’ve learned literally nothing from these people. I don’t even know the names of the buttons you need to hit to makes things happen in Excel and just about every other (computer) program,” said LaDonna Popp of Burlington who is in month 10 of her 12-month course to become a general office clerk. “I can’t go out and get a job with what they’ve taught me…They just move you from one thing to the next...I wouldn’t hire myself.”

In a statement sent to KING 5 late Tuesday afternoon, Office Careers defended its program and challenged the accuracy of KING 5’s reporting.

“Assisting injured workers is our top priority,” a spokesperson for Office Careers wrote. “(We believe) your stories are based on significant misstatements, and a global misapprehension of what Office Careers is asked to do…(One of the students in your reports) misexplained/misidentified material aspects of the educational process filmed for the stories and yet you included that as 'the truth.'”

There is a lot at stake for people who are injured on the job and then enter retraining programs put together by vocational counselors and authorized by L&I. After completing the program and receiving a certificate, the state, on the advice of the state-paid vocational counselors, often finds the worker now “employable,” and their benefits are cut off.

“It’s scary because if my benefits get shut off we could possibly lose the place where we’re living. Yes, I’m terrified, because I can’t get a job with this education,” said Popp, who injured her neck and back pushing a heavy bakery cart at the Fred Meyer store in Burlington. “(I’m afraid of) becoming homeless. If you don’t have income and no way to get a job, then it’s a huge possibility.”

Parker, of the Workforce Board, said he's concerned by students' accounts that Office Careers' staff are issuing them certificates when they didn’t complete the coursework.

“That’s wrong. That’s seriously wrong. So (if true) that would be a violation,” Parker said.

In Popp’s case, Office Career records show the general clerk curriculum includes learning how to send and receive emails. According to the Office Careers’ state-mandated course catalog, “using email” is covered in weeks six through 10 of the 52-week program. But Popp said her instructor at the time never covered the subject.

Popp has less than two months left of the year-long program. But private messages between the student and her new instructor revealed, as of last month, she still didn't have an Office Careers e-mail account set up.

In the Skype exchange, the teacher asked Popp for the e-mail address she previously used to turn in assignments. Popp responded that she didn't know if she had one. The teacher later confirmed that she did not.

“I’m not learning what I should be learning. I can’t email, I can’t. I don’t know how. They were supposed to be teaching me this,” Popp said.

Several workers also told KING 5 their instructors fixed their projects that were laden with mistakes or weren’t completed. Popp said this has happened repeatedly, which makes it appear, on paper, that she has the skills necessary to earn a certificate of completion.

“(The initial instructor) was changing my work,” Popp said. “He turned it in as his work, not mine…It’s totally dishonest. I can’t honestly say that I did that work. It is cheating, but not by me.”

“The instructors do not do the assignments. It doesn’t work that way,” said Owner David Jordan. “We do all we can to make sure (the students are) comfortable with one particular piece before they’re moving on to the others…The instructors are not doing the students’ work.”

Any student attending a private vocational school can lodge a complaint against their school with the Workforce Board. To date, no Office Careers student has filed an official complaint.

A review of progress reports shows a positive assessment of Popp’s retraining at Office Careers.

The counselor finished her most recent report last month, based on information from Office Careers, indicating Popp is headed toward a new career as an office worker with her benefits terminated.

“At the end of Ms. Popp’s retraining…I will prepare a report…indicating that with the completion of her program the worker is employable based on the knowledge and skills learned in the training program,” George wrote.

“It makes me so mad that they have set us up to fail, then with false information say that we are exceeding.” Popp said.

The Workforce Board expects to take up to six months to complete its investigation.

“This is looking like it’s going to be a complex investigation, given the number of injured workers who have attended, and are attending Office Careers,” said Parker.