Injured workers, cut off from their benefits after attending a questionable online school paid for by the state, have won their appeals 100% of the time. 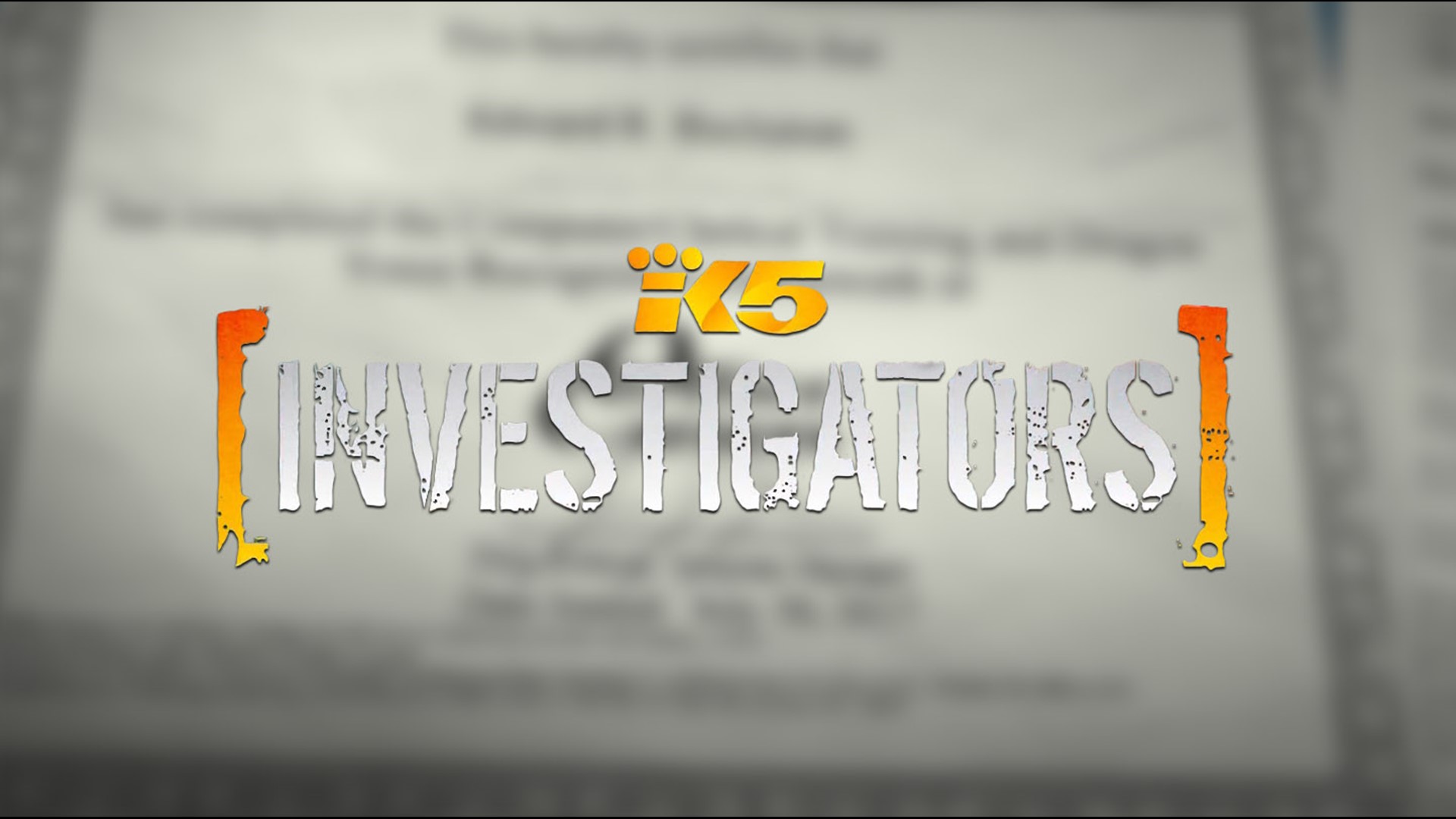 More than a dozen Board of Industrial Insurance Appeals Court judges across Washington state have ruled against the Department of Labor and Injuries (L&I) for using an unaccredited program called Office Careers to retrain injured workers, according to a review of court records dating back to 2013.

A KING 5 investigation found the state paid millions to the online Renton-based school without proof of success. Injured workers complained they got meaningless retraining certifications, which in turn lead L&I to terminate their workers' compensation benefits, and, without appropriate skills, unable to find another job.

Of the 15 disabled workers who in the last six years appealed the state’s decision to cut their benefits after attending Office Careers, judges ruled in their favor 100% of the time. They ordered L&I to reverse the rulings and reinstate benefits in every case.

Several attorneys who have complained to L&I for years about Office Careers said the decisions should serve as glaring red flags to the state.

“The (Board of Industrial Insurance Appeals) judges are telling (L&I) over and over again that this training program is not training workers to have employable skills. They know it’s not working. They’ve been told it’s not working. We’re telling them it's not working, and they continue to (sign off on plans) to use the school,” said veteran workers' compensation attorney Elizabeth LePley.

In the most recent court decision out of Spokane County, Judge Bruce Ridley issued a scathing report in which he accused a state-paid vocational counselor of using Office Careers to provide nothing to the injured worker but a certificate that would lead to her ouster from state benefits.

“One easily might infer that this whole vocational plan was an (L&I) ruse to rid itself of a troublesome injured worker,” Ridley wrote in the December ruling.

Ridley’s findings centered on Rachel Jones, a 51-year-old certified nursing assistant of Davenport, Wash. In 2007, she was attacked on the job by a resident at a home for youth with severe autism. The attack left Jones with injuries to her back, neck, wrists, hands and ankles.

After the state found Jones could not physically return to her job, her state-hired vocational counselor said she should gain skills for a new line of work at Office Careers, which has been paid more money by L&I to retrain injured workers than any other school in the state.

In 2018, Jones received a certificate of completion from Office Careers in Computer/Clerical Training. After that the state found she was ready to work in an office and cut off all of her benefits.

Ridley didn’t buy it. He found Jones left the Office Careers program, which she took online, with no typing skills whatsoever. In addition, court records show Jones didn’t even complete entire sections of the course, yet she got a certificate anyway. He ruled the vocational counselor contracted by L&I to oversee the retraining, Shuji Yamamoto, shirked his duty to help the injured worker get back on her feet as provided by state and federal workers' compensation laws.

“Mr. Yamamoto’s testimony shows no interest at all to actually retrain Ms. Jones for a job or find her a job. All he sought was the Office Careers completion certificate,” wrote Ridley.

Records show Jones isn’t the only disabled worker who didn’t complete the Office Careers course, yet was issued a certificate of completion anyway.

Francisco Navarro of Lynnwood crushed his left shoulder at Microsoft where he worked for 10 years delivering heavy boxes of food between buildings on the Redmond campus. In 2016, he received an Office Careers certificate. His state-paid vocational counselor, Coreen Urrutia, wrote Navarro would be an “excellent candidate for motor vehicle dispatching” because of his “new computer skills,” “knowledge of the area” and ability to communicate “fluently in English.”

Navarro doesn’t speak English. And he said both L&I and Office Careers knew it.

With certificate in hand, L&I terminated all of Navarro’s benefits. The 50-year-old said he sold household items and borrowed money to try to support his family.

Last year the industrial appeals court judge in his case reversed the state’s decision. Of particular concern, Judge Wm. Andrew Myers found Navarro didn’t obtain the skills needed to obtain an office job and that he didn’t even complete the course.

“Ms. Urrutia (the state-contracted vocational counselor) relied too heavily on a dubious certificate from a…one-year general clerk training Mr. Navarro underwent. 'Dubious' because the preponderance of credible evident demonstrated: he did not complete the program, but was given the certificate anyway,” Myers wrote.

A top L&I official who oversees the state’s retraining program for injured workers said this is unacceptable.

Wilson said Washington state still uses Office Careers, because there’s been no concrete proof of major problems there. But he said handing out certificates to students who haven’t completed the program crosses the line.

David Jordan, the owner of Office Careers, defended his program, in existence for nearly three decades, yet he admitted to KING 5 that not all students who are issued certificates actually complete the program.

“The certificates typically represent the effort of the student put into the program, and we want to reward them. ‘You did try here,’” Jordan said. “Ultimately it comes down to the employer making a decision, to use that document, to evaluate the candidate that they’re going to hire.”

With no new skills, Navarro said he was never a job candidate. Instead he said he got a meaningless piece of paper from Office Careers and shameful treatment from the state of Washington.

“I think Labor and Industries just wants to get rid of me," Navarro said. "They want to close my case. Just get me out of there. The worst part is that I can’t support my kids. I want to help them with college and other things they need, but I can’t. It’s sad.”

While Navarro did prevail in his appeal in 2019, L&I reopened his claim. He’s still fighting the state. According to his attorney, he hasn’t received any state benefits for two years.

“(Giving him a certificate) is laughable,” said Navarro’s attorney Joey Reibel of Everett. “The system tried to treat him as a number and push him into a box. It’s saddening and infuriating. He was set up to fail from the get-go."