Fire Chief Warren Peterson of Olympia turned to Labor and Industries after nearly dying in a work-related accident. But instead of help, the state put up roadblocks. 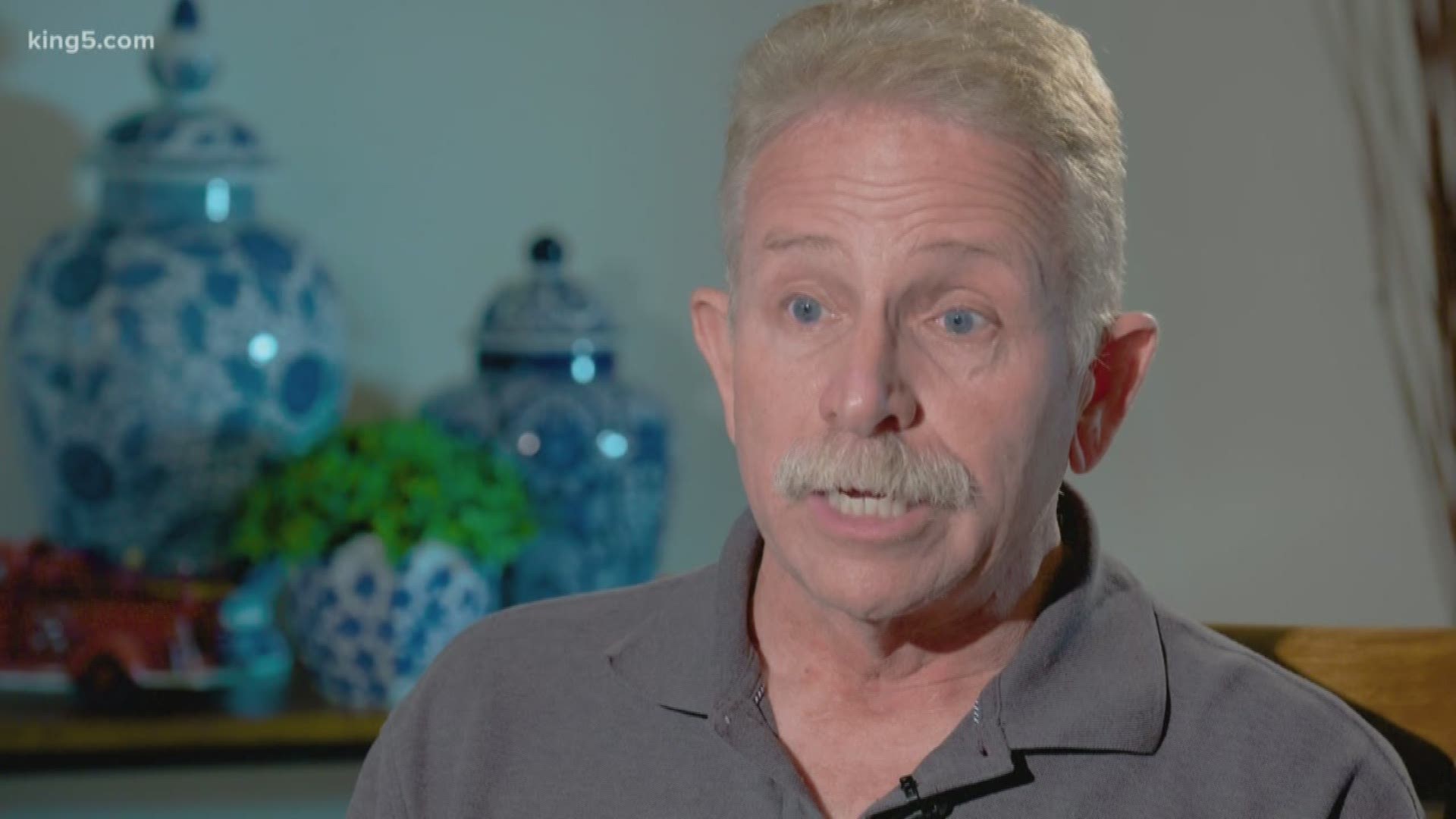 After a five-month battle, a veteran East Olympia fire chief who was badly injured on the job last spring and left unable to work will receive his paycheck and medical benefits again.

That outcome didn't come easy. It cost Chief Warren Peterson hiring two attorneys and an agonizing fight with the Washington Department of Labor and Industries (L&I). Before the state agency opted to help the fire chief in an "unusual" move last week, L&I officials put up repeated roadblocks, and they denied Peterson's claim three times.

Peterson, who came on as the East Olympia fire chief in 2014, filed a workers' compensation claim at the end of May. Four days earlier on May 26, Peterson was injured in a work-related crash near Chehalis after a senior citizen with dementia slammed his pick-up truck into the chief's motorcycle on Highway 12.

Peterson and his motorcycle flew dozens of yards into a ditch. He was air-lifted to Harborview Medical Center in Seattle, where he stayed for four-and-a-half weeks. The fire chief struggled to recover from a crushed right arm and leg, three surgeries, serious infections, and a stroke. As a result of the stroke, Peterson is relearning how to walk, talk, and use his right hand.

"I remember the point of impact and everything flying everywhere. It was horrifying," said his wife, Lawni Peterson, who was with her husband the day of the crash. "I did not think he was going to be alive. I was really afraid of what I was going to find."

The Petersons were on that stretch of road in Chehalis to save his fire district money. Three days before the accident, the fire chief volunteered to drive the district's brand new brush fire truck from the Washington Fire Chiefs Expo in the Tri-Cities to Olympia.

He delivered the $300,000 truck safely to his department, and then he headed back over the mountains with his wife to retrieve the personal motorcycle he'd left behind. The couple was making the 500-mile round trip in one day – saving the district's taxpayers the cost of sending two firefighters over and back to Eastern Washington to do the job.

When the Petersons submitted a workers' compensation claim to L&I, the East Olympia Fire District's acting chief agreed in writing that Peterson was on the job during the accident and that his claim was valid. But L&I officials didn't see it that way.

In June, just two business days after they received Peterson's paperwork, a state manager denied his claim for the first time. Later that month, she denied it again, and she wrote that when Peterson was hit, he was "not in the course of employment."

"I couldn't believe it," Warren Peterson said, struggling to talk due to his stroke. "I thought because my department signed off on it, it was a done deal."

“When we asked (the district’s) representative if Mr. Peterson was in the course of employment, she told us she could not answer either way,” an L&I spokesperson said.

At issue is whether a finance manager was the appropriate person to answer the question or if that phone call, without further investigation, warranted a decision by L&I.

The Petersons hired an employment law attorney and another attorney to seek damages from the driver of the truck that hit the chief. In August, they filed an official appeal with L&I. The state agency, for the third time, rejected the claim.

“I just don’t understand why. It’s frustrating, it’s absolutely frustrating. I honestly feel like going down there (to L&I) and picketing in front of the building,” Lawni Peterson said.

“There was a rush to rejection. And over and over again, they decided not to take any steps to investigate the correctness of their conclusion, excepting that brief call with (the finance person) on 6/3. To now point their fingers at her instead of owning up to their own role as the principle in all of this is, in my opinion, is shameful,” said Katherine Mason, the Petersons' employment attorney.

With a denied claim and medical bills rolling in, the Petersons were advised by their attorneys to prepare for a two-to-four-year legal battle with L&I without a paycheck or medical benefits. The prospect of losing an income and medical help forever was daunting, the Petersons said, especially considering Peterson could be disabled for the rest of his life.

Karen Koehler, the other attorney the Petersons hired to work on the case, said she's outraged the state didn't call the family or do a more thorough investigation before rushing to their earlier decisions.

"This was a no brainer. This was a fire chief, fully supported by his department,” Koehler said. “You have one mission. You have a purpose. Human lives are at stake. Human beings are being impacted. Do your job."

An L&I spokesperson said the agency fulfilled its duty before the claim denial.

“Our goal is to keep Washington safe and working. Workers’ compensation cases can be complex, which is one of the reasons why an appeals process exists,” wrote Tim Church, L&I public affairs manager. “Because the employer could not confirm that Mr. Peterson was working when this happened, the claim was denied. We notified Mr. Peterson and his family as quickly as possible because we were aware of the severity of the injuries and knew they would need to work with his health insurance on issues related to his care.”

A stunning change of course in the Petersons' case occurred after KING 5 informed L&I of this story and asked for comment on October 18. Three business days after writing an email to the state agency, the decision was reversed.

“I have spoken with several of our advising AAGs (Assistant Attorney Generals) and our client regarding the issues presented under appeal….in the interest of avoiding litigation….The Department will agree to reverse and remand this matter to allow the claim,” wrote Tom Hamilton of the Office of the Attorney General.

Three employment law experts who regularly represent people seeking workers' compensation claims from L&I say the state agency's move was "unheard of." They added that they've never seen the state agency reverse a decision out of the blue before litigation began.

The decision is a life-changing one. The chief will receive his pay and benefits until he can return to work. If it’s determined he cannot go back, the compensation will continue for the rest of his life.

It seems this public servant is finally getting justice.

“We’ll be able to stay in our house and keep our cars,” Lawni Peterson said. “It’s truly amazing, truly amazing.”