According to an investigation published by The Guardian, the neo-Nazi terrorist group's leader purchased thirty acres of land in Ferry County in 2018. 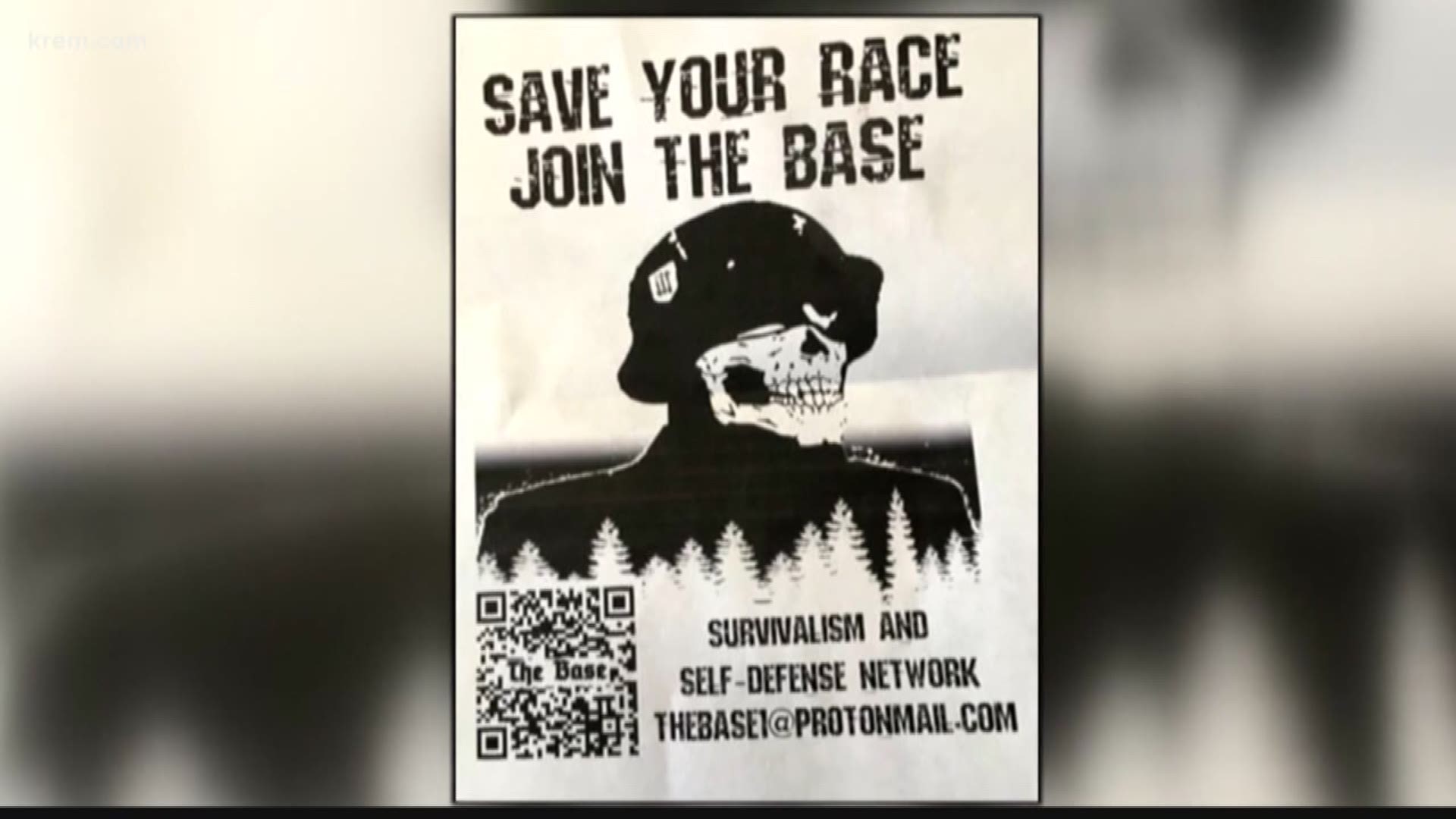 FERRY COUNTY, Wash. –  The leader of "The Base," a neo-Nazi terrorist group, has ties to rural northeastern Washington and the Pacific Northwest, according to an investigation published on Thursday by The Guardian.

The Southern Poverty Law Center, which documents hate groups in America, said in August that "The Base" isn't listed as a registered hate group.

According to The Guardian, "The Base" was recently the target of FBI raids after a domestic terrorism investigation "uncovered their plans to start a race war."

At least six members of "The Base" were arrested last week. CBS News reports that three of the men were accused of plotting to overthrow the government and planning to murder a couple, while three others were headed to a gun rights rally in Richmond, Virginia.

The group's leader previously operated under aliases such as "Norman Spear" and "Roman Wolf," but members of the network do not even know his true identity, according to The Guardian.

But the publication's investigation found that the leader is 46-year-old Rinaldo Nazzaro, who has a "long history of advertising his services as an intelligence, military and security contractor."

The Guardian says Nazarro has maintained a low profile, with no visible presence on social media platforms, writings under his own name, or profile in local or national media.

The investigation revealed Nazarro's identity due to his 2018 activities in the Pacific Northwest.

Local media outlets, including KREM, picked up the story about a possible hate camp run by "The Base" in eastern Washington. This led law enforcement, including the Stevens County Sheriff's Office, to seek information on the group.

RELATED: VERIFY: Is a neo-Nazi hate group planning an event in Spokane?

Emails obtained by The Guardian through a public requests request show Stevens County Sheriff Brad Manke contacting the FBI and Southern Poverty Law Center for advice on the group.

On Aug. 20, 2019, Manke wrote to an FBI agent, asking, "Do you have a name for the actual head of the group The Base or the address where the property actually is?"

In an email responding to an SPLC researcher one month later, Manke wrote, "I have since learned that 'The Base' has purchased property in Ferry County, WA which is a neighboring county."

According to The Guardian, property record searches revealed that three 10-acre blocks of undeveloped land were purchased in December 2018 for $33,000 in the name of a Delaware LLC called "Base Global."

PHOTOS: Maps of land owned by 'The Base'

In a telephone conversation in November, Manke confirmed to The Guardian that this was the block of land he referred to in his email.

Deeds of sale listed the company's address as a New Jersey post office, but separate tax affidavits provided a different address, according to The Guardian.

The address is for a New Jersey apartment that had belonged to a member of the Nazarro family since 1988, according to The Guardian. Nazarro and his wife have also resided at the address, database searches say.

The affidavits are also signed by Nazzaro, and dated “12/21/2018 Republic," according to The Guardian. Republic is the seat and the only city in Ferry County, Washington.

The Guardian reports that the land's location is consistent with "The Base" leader's advocacy of a white supremacist strategy called The Northwest Territorial Imperative, which "argues for the creation of a separatist ethnostate in the Pacific Northwest and encourages white supremacists to move to the region."

In one of "Norman Spear"'s first public appearances on a far-right podcast in December 2017, he was introduced as an organizer for another white supremacist group who spelled out a plan to trigger the relocation of the white population in the U.S. to the Pacific Northwest.

Beginning in 2009 and until as late as 2019, Nazarro said he was an intelligence expert working with various government and military agencies, according to The Guardian. He is the principal of an LLC called Omega Solutions International (OSI), a company offering a range of intelligence and security contracting.

Its website, which was removed some time after August 2019, said the firm had experience in "conducting intelligence analysis for government agencies, military organizations and private businesses," according to The Guardian.

RELATED: Hate makes a comeback in the Pacific Northwest

The Guardian reports that Nazzaro faced suspicions from current and former members of the group that he is a federal or foreign agent, or that "The Base" is a "honeypot" aimed at luring neo-Nazis into the open for the benefit of law enforcement.

New York marriage records show that Nazarro and his wife married in New York City in 2012, according to The Guardian. He had one child at that time.

A Russian site that scrapes and archives social media accounts had captured a profile and photos posted by Nazarro's Russian-born wife to a social media site in the country.

Photos show the same person who has been presenting himself as "Norman Spear," according to The Guardian. A reverse image search also found photos of "Norman Spear" advertising English lessons in St. Petersburg, Russia.

The Guardian also found that all business addresses associated with Nazzaro’s LLCs are “virtual offices." This describes a situation where a second company provides a business address, and sometimes meeting rooms and greeting services, for businesses who do not wish to maintain their own premises.

The addresses are often prestigious places in New York or Washington, D.C.

“Norman Spear” has told Base members that he remains in Russia, according to The Guardian. Law enforcement sources have also indicated that Nazzaro is believed by some agencies to be working for the Russian government.

The U.S. government may have also been monitoring his activities for some time. In an April conversation planning a meetup in July, “Spear” expressed concern that he may not be able to attend, according to The Guardian.

“I have confirmed that I am on the FBI terrorism watch list. I mean, that doesn’t really matter in the context of the training. What matters is that I’m on it," the email reads.