After a lull during the start of the pandemic, telemarketers are now ringing phones in increasing numbers and frustrating consumers. 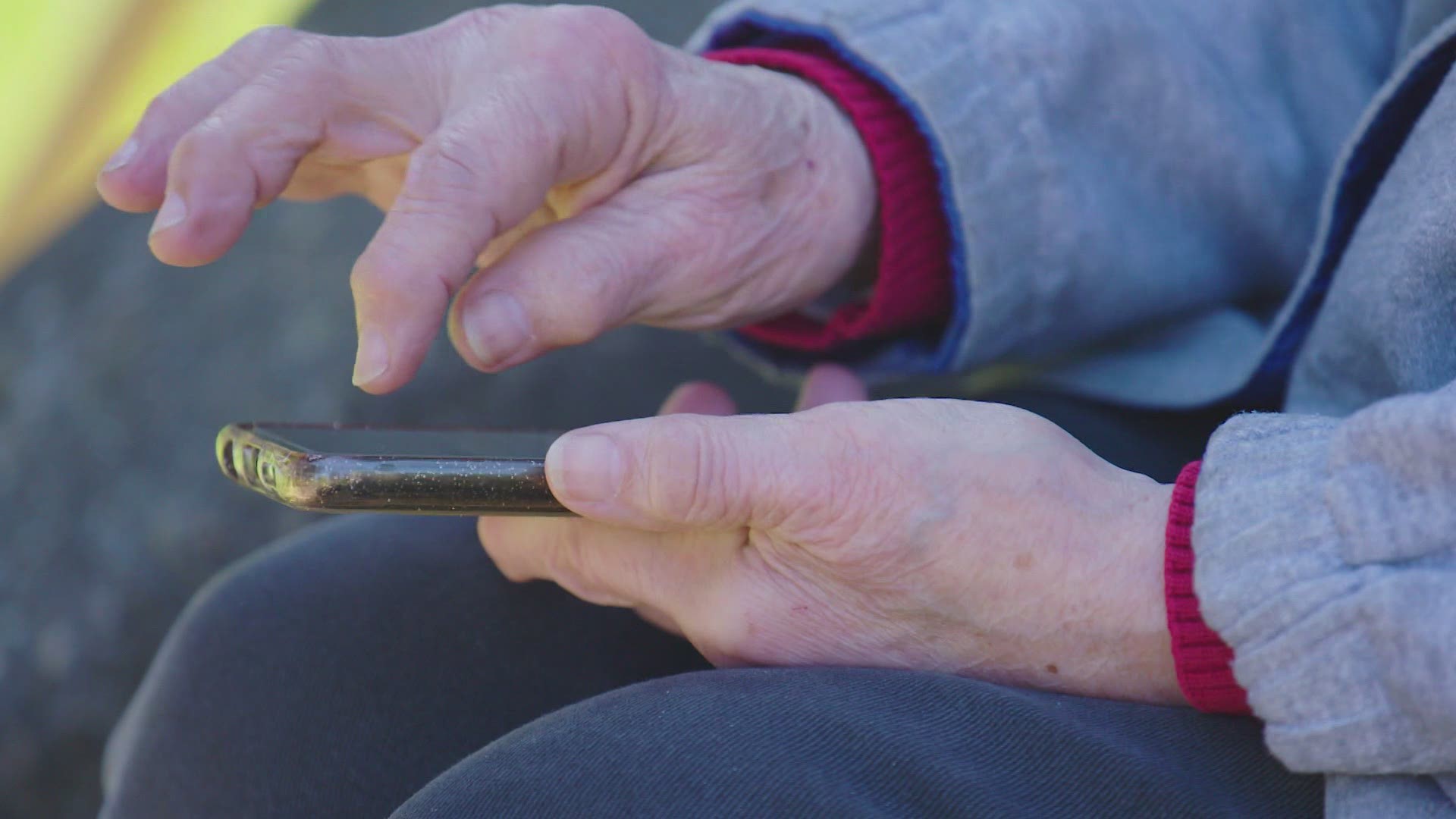 The number of robocalls coming into Washington state reached the 2 million mark each day in March of this year, according to the robocall tracking service YouMail.

After a lull during the start of the pandemic, telemarketers are now ringing phones in increasing numbers and frustrated consumers are calling on the government to do something to put a stop to it.

She gave her confidential Medicare ID number to a woman who called her cellphone earlier this year.

“My brain isn’t exactly like everybody else’s brain because I’ve got autism in it. I have a hard time thinking quickly,” Weathers said.

She was worried the scammers might steal her identity, so she reported the call to Washington AARP, which says that robocalls are a top complaint that comes into the organization’s “fraud watch” unit.

Robocalls are generally defined as any unauthorized call – live or recorded – to your phone.  School messages, political pitches and businesses you’ve signed up with are allowed to auto-dial your phone.  But companies that don’t have your permission are not.

“Most of the time, if you're getting a robo-dial, it's an illegal call,” said AARP Washington State Director Doug Shadel.

The KING 5 Investigators teamed up with Nomorobo to get a sense of the types and volume of robocalls coming in to Washington state any given day.

Nomorobo is a subscription service that charges $1.99 per month, per phone to block robocalls.

But KING 5 asked Nomorobo founder Aaron Foss to reverse that process and send robocalls directly to a KING 5 phone.

The result was a cellphone that started lighting up with pitches for cancer screenings, Viagra, free medication, and business offers.

Foss said Medicare scams, like the one that snared Nancy Weathers, were the top category of robocall that day.

One call that the KING 5 Investigators received was the most surprising of all. The man on the other end of the line identified himself as “Corey” and said that he was offering a plan to save money on customers’ natural gas utility bills.

Corey agreed to talk with KING 5 and in a subsequent call admitted that he is an inmate in the “work release” program at the Florida Department of Corrections.  He spends the night in a detention center in St. Petersburg, Florida.

Each day he is released to go report for work at a telemarketing company called Southeast Energy Services, which provides telemarketing services for some small, energy-related companies.

The KING 5 Investigators and our sister television station in Tampa, WTSP, learned that dozens of Florida prison inmates are registered telemarketers in the state.

All this week, KING 5 and sister stations that are part of the Tegna television network, are airing a series of stories called “Stop the Calls.” See our complete coverage at king5.com/robocalls.

Cutting down on telemarketer calls

Here’s something you can do right now to cut down the number of telemarketers calling your phone:

Register to place your phone numbers on the Federal Trade Commission’s “Do Not Call List."

Scammers will ignore the restrictions on the list. But many telemarketers will honor it. Registering will keep at least some of those calls from coming to your phone.