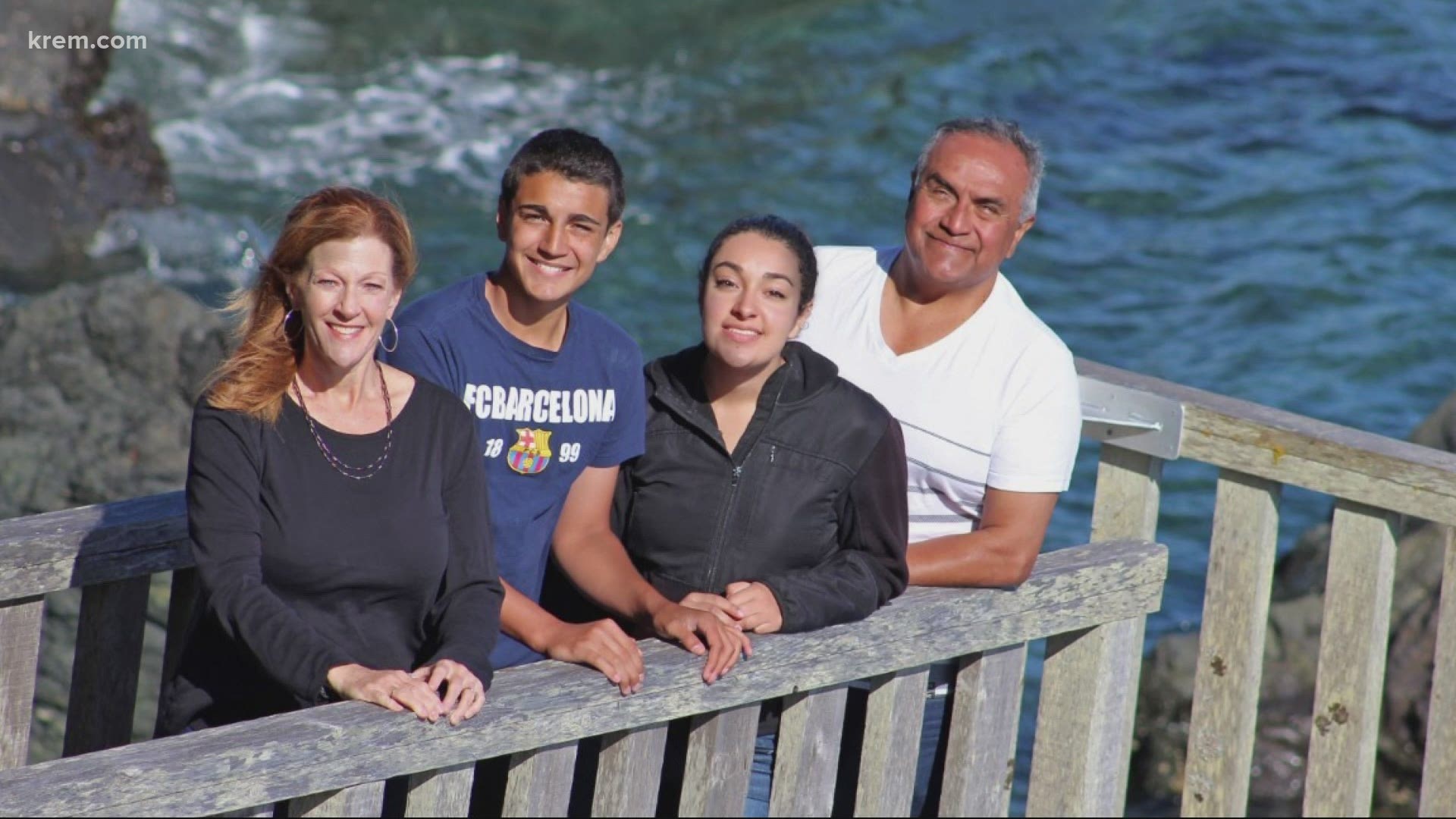 PULLMAN, Wash. — There are still more questions than answers about the investigation into the death of a Washington State University freshman at a fraternity party even after over a dozen fraternity members face charges related to his death.

Sam Martinez died Nov. 12, 2019 at an Alpha Tau Omega pledge event. On June 2, 2021, prosecutors announced that 15 current and former fraternity members are facing misdemeanor charges for their involvement in his death. None of them are facing more serious charges.

Pullman police said they have a pretty good idea of what happened the night Martinez died. But a few things slowed down their investigation: technology and social media.

Pullman Police Chief Gary Jenkins has seen hundreds of investigations over the years but nothing quite like this one.

“We talked to, I believe, over 70 potential witnesses. Most of the witnesses are not Pullman residents. They're here temporarily as Washington State University students and live all throughout the state of Washington and other states as well,” Jenkins said. “And so, these are the types of interviews that we don't want to do over the telephone. Also, there were many of the witnesses were reluctant witnesses and didn't want to get their friends into trouble. The other difficulty was COVID-19.”

According to the police report, Martinez died the morning of Nov. 12, 2019 after a night of drinking with current and prospective members of the Alpha Tau Omega fraternity. Records state Martinez and two fellow fraternity members started the night with a half-gallon bottle of rum. By around 10:30 p.m., witnesses say it was almost empty.

One member described Martinez as "really drunk" and another recalled seeing him being carried down the stairs around 11:30 p.m. Martinez was eventually put to bed next to a trash can. He was found, not-breathing, the next morning, at about 8:30 a.m. The coroner later determined Martinez had already been dead for several hours as a result of acute alcohol poisoning. His blood alcohol content was .372, almost five times the legal limit. He was just 19 years old.

Pullman Police immediately started building a case for criminal charges. They got search warrants for Martinez’s iPhone, after his parents gave permission to access it. But it turns out, it wouldn't be enough.

“We did not have the expertise or equipment to be able to do that ourselves. And so, we found a vendor that is as a nationally recognized vendor for being able to conduct assessment of telephones and get into them to get the data that we need. And we turned it over to them. And they kept working on it and working on it. And they never were able to crack the phone,” Jenkins said. “Ultimately, we never were able to uncover enough evidence really, to prove a manslaughter charge.”

Pullman police said they strategically allowed the one-year statute of limitations on hazing charges to expire, believing they would ultimately have enough evidence from the phone to pursue felony charges of manslaughter.

It's why they turned to that outside vendor, Cellebrite, in hopes of cracking the phone's security. Even if police can get past a phone's security measures, they often need to get into separate messaging apps, like Snapchat and that can be much harder than it seems. Jenkins said there is no way to even know someone's Snapchat username unless they're given that information. In this case, he says Snapchat was not able to produce any information about Sam's specific account. Detectives say they saw notifications from Snapchat on Sam's phone the morning after he died, but they were never able to get in and read them even though the chief believes that information could have dramatically affected their investigation.

It's not a new problem. Snapchat and other apps, and even tech giants such as Apple, have been increasingly reluctant to share security bypass information. After two terrorist shootings in San Bernadino, and Pensacola, Apple famously refused to create a backdoor for law enforcement, despite a court order, saying their promise of privacy and encryption are paramount and a backdoor, even for police, could weaken security for millions of customers.

Snapchat too is highly-protective of customer privacy but is also limited by the short-term nature of its platform. According to its law enforcement guide online, Snaps, or messages, are permanently deleted and unavailable, once they are opened. If a Snap is unopened, it may remain on servers, but only for up to 30 days. Pullman police did get search warrants for Snapchat and Facebook content back in February 2020, three months after Sam's death. Both came back with no new evidence for Sam's case.

In the meantime, Martinez’s family has filed a lawsuit against Washington State University and the national organization of Alpha Tau Omega saying the culture of hazing is what resulted in their son's death. Fifteen current or former members are now charged with furnishing alcohol to a minor, a misdemeanor that carries a maximum penalty of 1 year in jail and a $5,000 fine. Both Jenkins and the Whitman County Prosecutor recognize it is far from enough, but they say it's the most they can do with the limited evidence they have.

“Well, we could have found some texts between some of the parties involved in Sam, maybe apologizing for something or making some type of statements that would lead more toward culpability,” Jenkins said. “There's some things that I think we don't know, there's things we weren't told. And so, I think there are there are some people out there that were more directly responsible for Sam's death. And they'll have to carry that with them the rest of their life.”

KREM 2 learned there are options for smaller police departments like Pullman to help with this type of technology problem. Bigger, neighboring departments can lend a hand, such as the Spokane Police Department or the Spokane County Sheriff's Office. Washington State Patrol said it often helps out departments with limited resources and even the FBI can sometimes use its state-of-the-art technology to help places that simply don't have that type of equipment.

KREM 2 asked Jenkins about whether he pursued those options, he said he's "confident that with the attempts by our regional partners and Cellebrite, we have exhausted that path."

The national organization of Alpha Tau Omega also issued a statement after Martinez’s death, saying it does not "condone hazing or providing alcohol to minors" and that individuals who do so "should be held accountable for violating the law." The Pullman Chapter of the fraternity has also been suspended for at least the next six years.