A KING 5 and NBC News investigation raised questions about the truthfulness of a top child abuse expert. Now prosecutors are reviewing the cases she worked on. 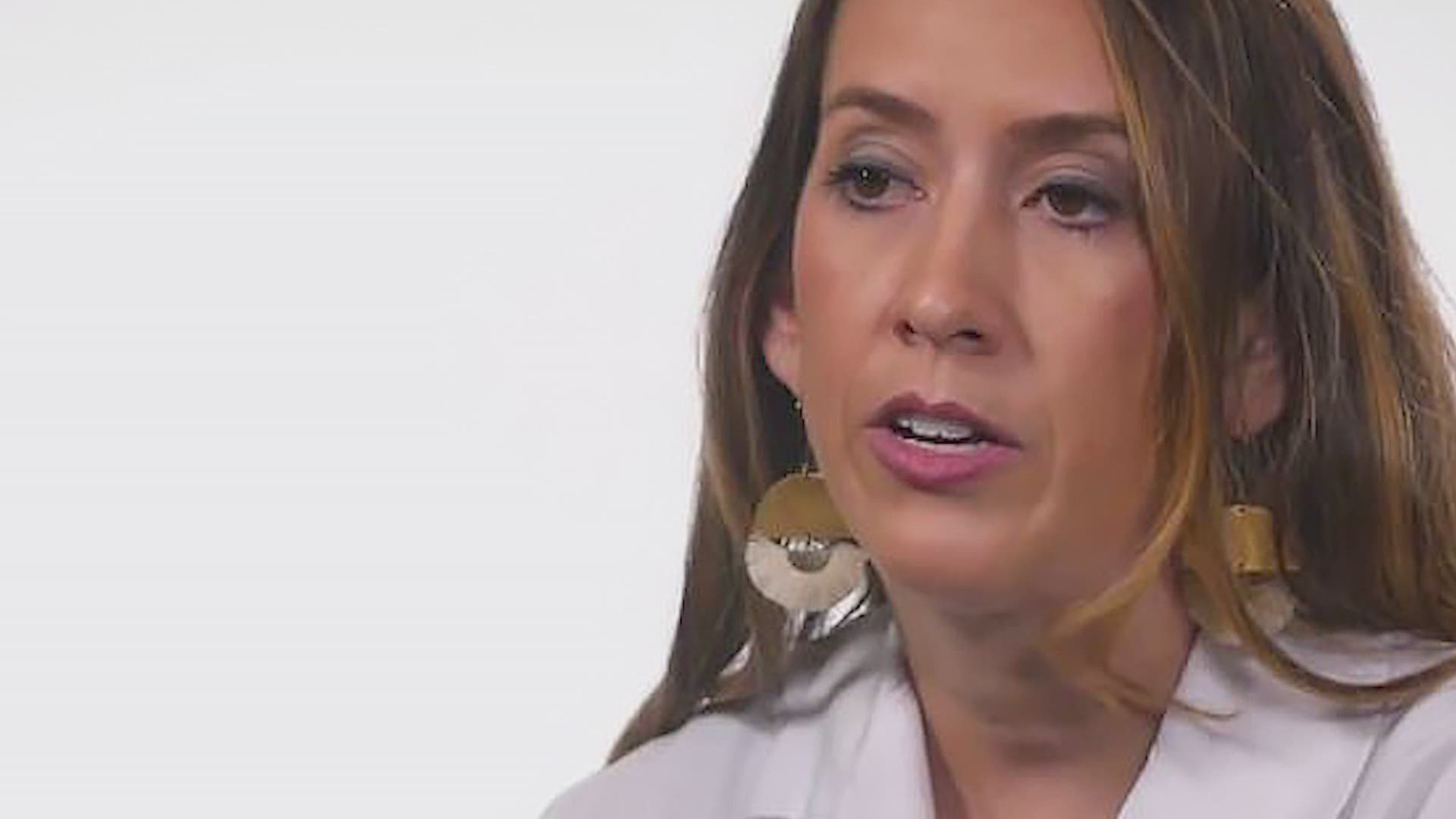 This article was published in partnership with NBC News.

TACOMA, Wash. — For more than three years, authorities in the state of Washington considered Dr. Elizabeth Woods one of their go-to experts in cases of suspected child abuse, often relying on her medical opinions to determine when to take children from parents or file criminal charges.

But this winter, Woods left her position as the director of the child abuse intervention program at Mary Bridge Children’s Hospital in Tacoma, and last month she was removed from the small roster of doctors who provide expert medical reports to the state’s child welfare agency, hospital and state officials confirmed. Some area prosecutors have also been sending letters to defense lawyers disclosing that Woods’ credibility as an expert witness has been called into question.

These changes follow a KING 5 and NBC News investigation from one year ago that revealed that Woods, 39, provided false information while testifying under oath about why she never received key training to become certified as a child abuse medical expert. The investigation also examined four cases in which child welfare workers took children from parents based on Woods’ reports — including some in which Woods misstated key facts, according to a review of records — despite contradictory opinions from other medical experts who said they saw no evidence of abuse. 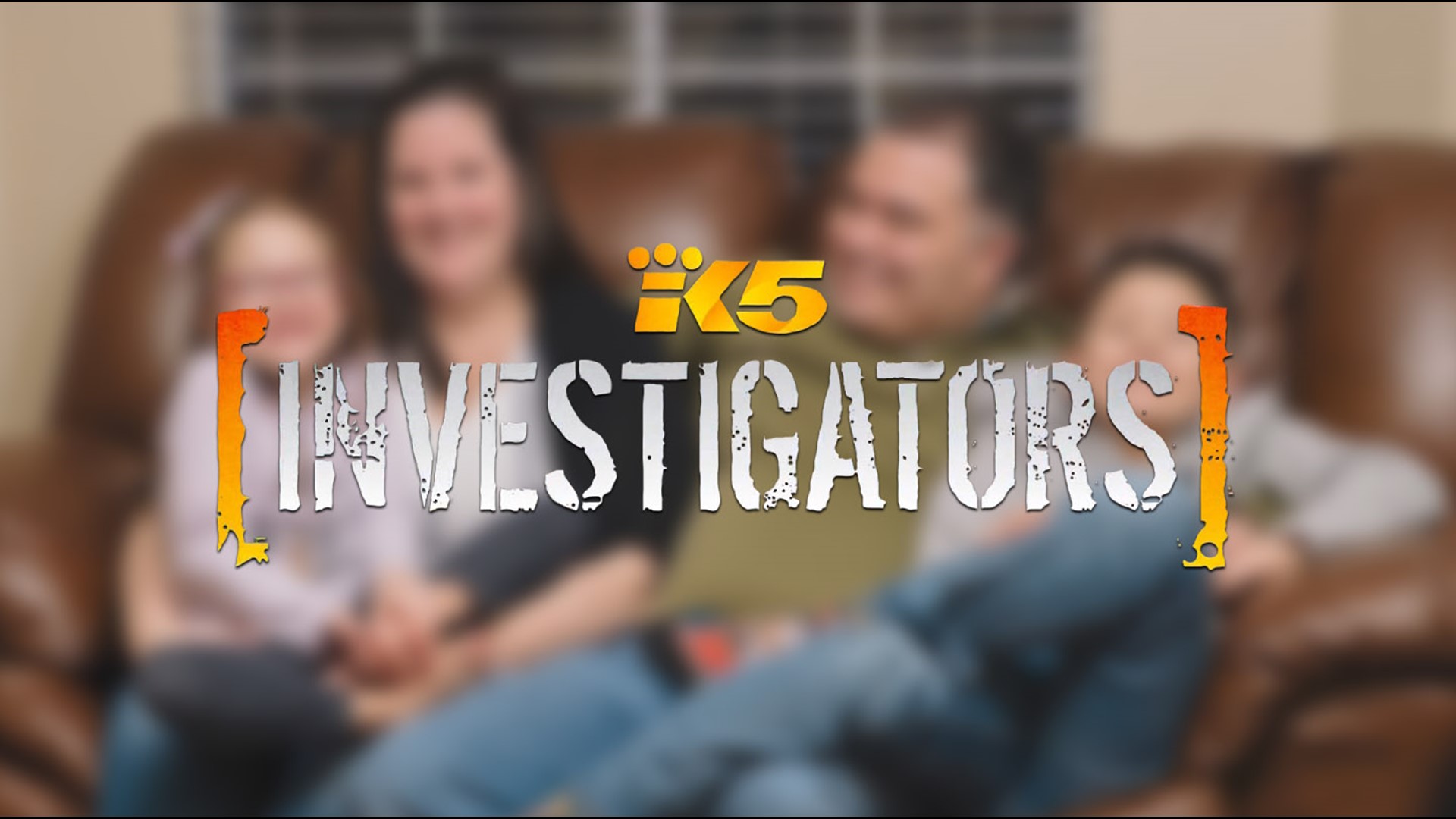 Mary Bridge officials initially defended Woods’ work in a statement to reporters last year, arguing that she had “significant experience in the field of child maltreatment.” But in an internal letter sent to hospital staff on the same day that the KING 5 and NBC News investigation was published, on Feb. 14, 2020, the president of the hospital’s parent company announced that Mary Bridge leaders had asked an outside expert to review the child abuse program under Woods’ leadership, according to a copy of the letter obtained by KING 5 and NBC News this month.

That expert review identified “suggestions to improve our structure and process” in the child abuse program, and led the hospital to initiate “changes to its physician staffing and leadership model,” Mary Bridge spokeswoman Marce Edwards Olson said in an email to reporters this month. In the midst of these ongoing changes, Edwards Olson wrote, Woods “left Mary Bridge to pursue other opportunities.”

Woods did not respond to messages seeking comment, and officials from Mary Bridge Children’s Hospital did not answer questions about the circumstances of her departure.

Her exit was celebrated by several parents — many of whom banded together in a Facebook group titled, “Families Wrongly Accused by ‘Dr.’ Elizabeth Woods” — who say mistaken reports by Woods led the state’s Child Protective Services to needlessly separate them from their children. And it raises questions about the future of any pending child abuse cases that hinge on her expert medical findings, legal experts said, possibly opening the door for parents or their lawyers to challenge the state’s case against them.

Nancy Gutierrez, a spokeswoman for Washington’s Department of Children, Youth, and Families, said the decision to remove Woods from the roster of doctors who review child abuse cases for Child Protective Services was made by Seattle Children’s Hospital, which manages the network of abuse experts under a contract with the state.

Kathryn Mueller, a Seattle Children’s spokeswoman, confirmed that the hospital pulled Woods from the list on Feb. 19, following her departure from Mary Bridge. But Mueller suggested that Woods could rejoin the program in the future, writing in an email that Woods “has temporarily been removed from the list while she establishes her employment as an independent contractor.”

A spokeswoman for the Washington Medical Commission, the state agency that issues medical licenses and investigates complaints against doctors, said that it had never taken disciplinary action against Woods.

But even if Woods resumed her work as a state child abuse consultant, questions remain about how her expert testimony would be received in courts across the Seattle region.

Two area prosecutors disclosed to reporters last week that they had added Woods to internal lists of law enforcement officials and other prosecution experts whose truthfulness has been challenged. Since June 25, the prosecutor’s office in Pierce County, where Mary Bridge is based, has been sending letters to defense lawyers in all pending criminal cases involving Woods, notifying them of “potential impeachment evidence” against her, along with a copy of the KING 5 and NBC News investigation.

Woods was invited to provide evidence to contest her inclusion on the list but did not do so, a prosecutor’s office spokesman said.

Prosecutors added Woods to a similar list in Thurston County last week, and officials in nearby King County said they have begun a review to determine if they should do the same.

In Kitsap County, prosecutors said they began reviewing all of Woods’ expert reports following the news report last year and have since brought in additional medical experts in some criminal cases to verify the accuracy of Woods’ findings. Following news of Woods’ recent departure from Mary Bridge, the Kitsap County Prosecutor’s Office has reached out to the hospital for additional information and is studying whether it, too, should add her to its list of potentially discredited prosecution experts.

“Law enforcement agencies are required to provide us information on the credibility of their employees,” said Kitsap County Prosecutor Chad Enright. “Mary Bridge is a private company and does not have the same obligation. So, we are seeking that information.”

Woods’ departure from Mary Bridge comes a little more than three years after she was brought in to serve as the medical director of the hospital’s child abuse intervention team. It’s a role held at most children’s hospitals by doctors certified in the field of child abuse pediatrics, a medical subspecialty dedicated to differentiating accidental childhood injuries from those that may have been inflicted. Child welfare agencies, police investigators, prosecutors and judges typically grant significant weight to the expert opinions of child abuse pediatricians when deciding whether to take children from parents or pursue criminal abuse charges.

But Woods never participated in a three-year fellowship program required to become a child abuse pediatrician and was never board certified in the field, KING 5 and NBC News found last year. When questioned under oath about her experience in 2019, Woods falsely claimed that most child abuse pediatricians lacked board certification and that the fellowship program had only been created three years earlier, long after she’d completed her medical training.

In fact, among the small cadre of doctors who performed child abuse assessments on behalf of Child Protective Services authorities in Washington, Woods was the only one who both lacked decades of experience in examining cases of child abuse and also never completed the immersive fellowship training — first offered, not three, but nearly 15 years earlier, while Woods was still in medical school.

When questioned further about her qualifications in court, Woods stated that she had worked on cases of suspected child abuse when she was a doctor in the Army, from 2007 to 2017. And she said that she regularly attended conferences and seminars focused on the detection of child abuse, though she acknowledged she hadn’t published research on the subject.

Questions about the reliability and accuracy of Woods’ expert medical reports began to surface within months of her taking the job as medical director of Mary Bridge’s child abuse intervention team in 2018, according to a review of case documents and interviews with accused families. Among those who raised concerns: At least three other doctors, a superior court judge and a child welfare worker who was supposed to be relying on her medical expertise in deciding whether to take custody of a child.

In one October 2018 incident not previously made public, a CPS investigator questioned Woods’ credibility in an email to her supervisor, according to a partially redacted copy of the message obtained through a public records request. The worker said Woods urged her to take emergency custody of a 9-year-old girl with a history of self-harming behavior, even though Woods hadn’t reviewed readily available details from the case and hadn’t seen the child recently or interviewed her parents.

“My concern with the initial [report] is that Dr. Woods recommended immediate removal of this child, however did not seem to have reviewed ... any medical history until I called,” the CPS investigator wrote in October 2018, noting that she disagreed with Woods’ assessment.

The outcome of that case is not clear based on the email, and Gutierrez, the Department of Children, Youth, and Families spokeswoman, declined to answer questions about it.

In another 2018 case, featured in the NBC News and KING 5 investigation, Child Protective Services took two children from their mother, Megan Carter, after Woods reported that Carter had been abusing her daughter with unnecessary medical treatments. The children were returned 14 months later, when Judge Susan Amini ruled that most of Woods’ testimony in the case was “without supporting factual basis.”

In a scathing 26-page ruling issued in June 2019, Amini dismissed some of Woods’ conclusions in Carter’s case as “not plausible” and “speculation at best,” and ordered CPS to return Carter’s children after more than a year apart from their mother. Despite the sharp rebuke, Woods’ abuse team continued to fixate on Carter long after Mary Bridge doctors had stopped treating her children, filing a new abuse allegation against her in February 2020. CPS quickly dismissed the new allegation and closed the case, records show.

With Woods no longer working on behalf of the state, it’s not clear what will happen to the pending child welfare cases that she consulted on. A spokeswoman for the Washington State Attorney General’s Office, which serves as legal counsel for the state’s child welfare agency in thousands of civil dependency cases, said it’s not possible to quickly tabulate how many pending CPS cases involve Woods.

“Our five division chiefs who oversee child abuse and neglect cases are aware of the concerns that have been publicized,” Brionna Aho, the spokeswoman, said. “They have and will follow up on any case of concern.”

In the meantime, Woods is still listed as a potential expert witness in at least 17 pending criminal cases in the Seattle region and provided expert reports or testified in at least 23 others, according to records provided by area prosecutors.

Prosecutors with ongoing cases involving Woods said it’s not immediately clear if her departure from Mary Bridge will have an impact on those cases, with some emphasizing that they would seek additional medical experts to corroborate her findings when necessary.

In one pending Kitsap County case, Navy Petty Officer 3rd Class Baylen Armendariz, now 21, was charged in 2019 with abusing her infant twins based on Woods’ report to authorities that the only plausible explanation for their fractured bones was “a motor vehicle collision” or abuse. Three outside medical experts reviewed the twins’ medical records on Armendariz’s behalf and concluded that the fractures were most likely the result of a mineral deficiency that can lead to weak bones vulnerable to breaks.

Armendariz pleaded not guilty to the abuse charges and accepted a deal this year with prosecutors that allows her to visit her now 2-year-old twins three times a week under the supervision of their grandmother. If she follows the agreement, all charges against her will be dropped and she’ll regain custody of the twins when the deal expires in February 2026.

While she was relieved to be able to see her kids again, she's heartbroken that she won't be able to take them home for another five years.

After learning about Woods' departure from Mary Bridge, she said she hopes authorities will take another look at the evidence.

“I would like the case reviewed by the court,” she said. “Take into consideration the possibility that there are medical issues. Not everything is child abuse.”