Skagit County is accusing Seattle City Light of "hiding the ball" with records showing money the city makes off of the dams on the Skagit River. 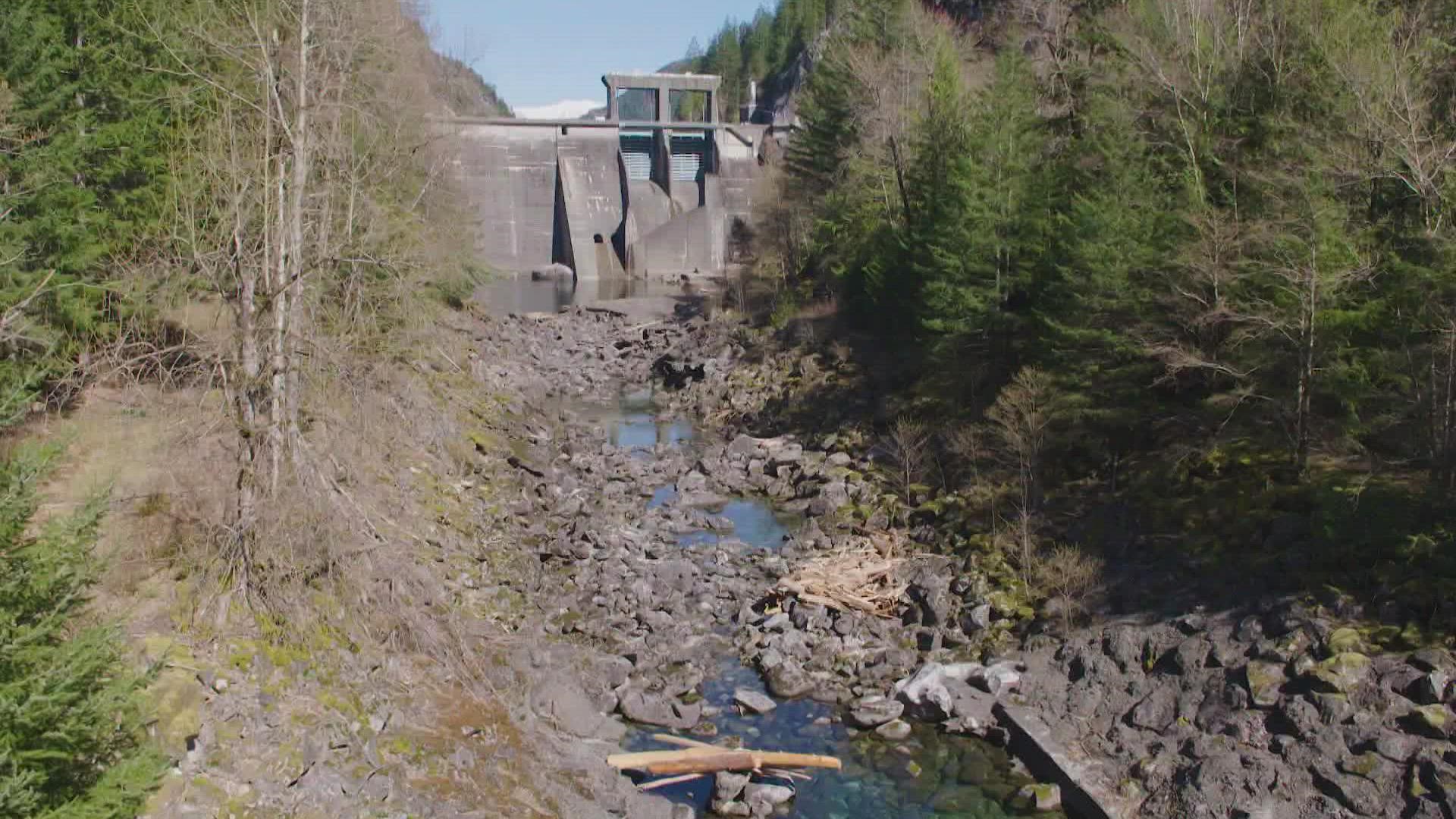 SEATTLE — Skagit County is accusing the city of Seattle of violating the state’s public records act by not handing over documents related to the financial performance of the city’s hydroelectric dams on the Skagit River.

“This is a matter of significant public concern. We’ve been trying to obtain financial records for many months (from Seattle) and it’s a shame we have to go to these lengths to get them,” said Will Honea, attorney for Skagit County.

For nearly three years Seattle City Light has been embroiled in heated negotiations over the relicensing of the utility’s three dams on the Skagit River. The project provides approximately 20% of Seattle’s electricity. Stakeholders including Skagit Valley Native American tribes, regulators such as NOAA Fisheries, the Washington State Department of Fish and Wildlife and Skagit County government have been at bitter odds with the city over issues such as building fish passage under a new license.

Seattle’s Skagit Project is one of the only hydroelectric operations in the region that does not provide fish passage – a way for salmon species to get around their dams to access habitat for spawning and rearing.

Since Seattle’s dams were last licensed in 1990, federal regulators have put three Skagit anadromous species on the endangered species list, meaning they are at high risk of going extinct. Those salmonids are Chinook salmon, steelhead and bull trout. Orcas that depend partly on Chinook salmon from the Skagit for survival were put on the endangered species list in 2005.

According to the tribes of the Skagit Valley, including the Upper Skagit Indian Tribe, salmon are at the center of their culture and that Seattle dams put their treaty rights to fish at risk.

In the complaint, Skagit County alleges the city is “playing hide the ball” with financial records that would reveal how much money the city generates by selling electricity from the Skagit Project to other utilities, such as power companies in California and Oregon.

Lawsuit authors said the county wants the records because City Light representatives have stated that building fish passage would be too expensive “but have been unwilling to furnish documentation or other evidence to support that claim.”

Reached late Tuesday, a City Light official said the utility does not comment on litigation but did offer details about the city’s position on fish passage.

“Seattle City Light is currently comprehensively evaluating the feasibility of providing upstream and downstream fish passage at Gorge, Diablo, and Ross dams. We are also studying the suitability of fish habitat in Ross Lake. These studies were developed collaboratively with the license participants who are now actively engaged in the implementation of these studies. The position of Seattle City Light and City Light General Manager/CEO Debra Smith has been clear that the results of these studies will inform the decisions about whether, when, and how fish passage will be required as a condition of the next license,” said Julie Moore, director of communications for City Light.

Skagit County asserts in the complaint that City Light generates millions of dollars a year by selling power to other utilities yet is unreasonably refusing to spend an equitable amount of money to support the survival of salmon on the Skagit.

“According to public records available on its website, Defendant Seattle has generated in excess of $50 million per year, as an average for the past three years of reporting (2017-2019), in wholesale power sales,” wrote Honea in the lawsuit. “…a reasonable but generous estimate of the cost of fish passage over Seattle’s dams would be approximately $700 million….this would equate to approximately $7 per average Seattle ratepayer (per month).”

Skagit County says they want and are entitled to the financial records to fairly negotiate terms of a new license. In the suit, county attorneys said if the utility is indeed generating millions of dollars a year by selling “green power” from the Skagit, “Seattle’s general assertion that fish passage is financially infeasible does not appear to be true.”

Attorneys for Skagit County outlined in the complaint the steps that led to filing a lawsuit. They said in May they asked for “all documents reflecting the amount of money generated by wholesale power sales from the Skagit Project.”

But instead of disseminating the records or offering a reasonable explanation for its inability to do so, Skagit County representatives said the city dug in its heals and repeatedly offered responses that didn’t make sense.

“Seattle’s representatives have refused to forthrightly provide public information that Skagit County has requested, instead obfuscating and delaying the release of information by bad faith tactics such as mischaracterizing the County’s records requests, denying the existence of responsive documents, denying the receipt of communications that Seattle representatives clearly received, and the like,” wrote Honea.

City Light said they are dedicated to following solid science regarding fish passage.

The filing of the lawsuit required an official resolution authorizing the litigation by the Skagit County Board of Commissioners, signed on Aug. 23 by Commissioners Lisa Janicki, Peter Browning and Ron Wesen.

The city has 20 days to respond to the allegations outlined in the legal filing.