Workers sickened by poisonous gases then left to fight for benefits urge the DOJ to drop an attempt to kill a state law aimed at helping them. 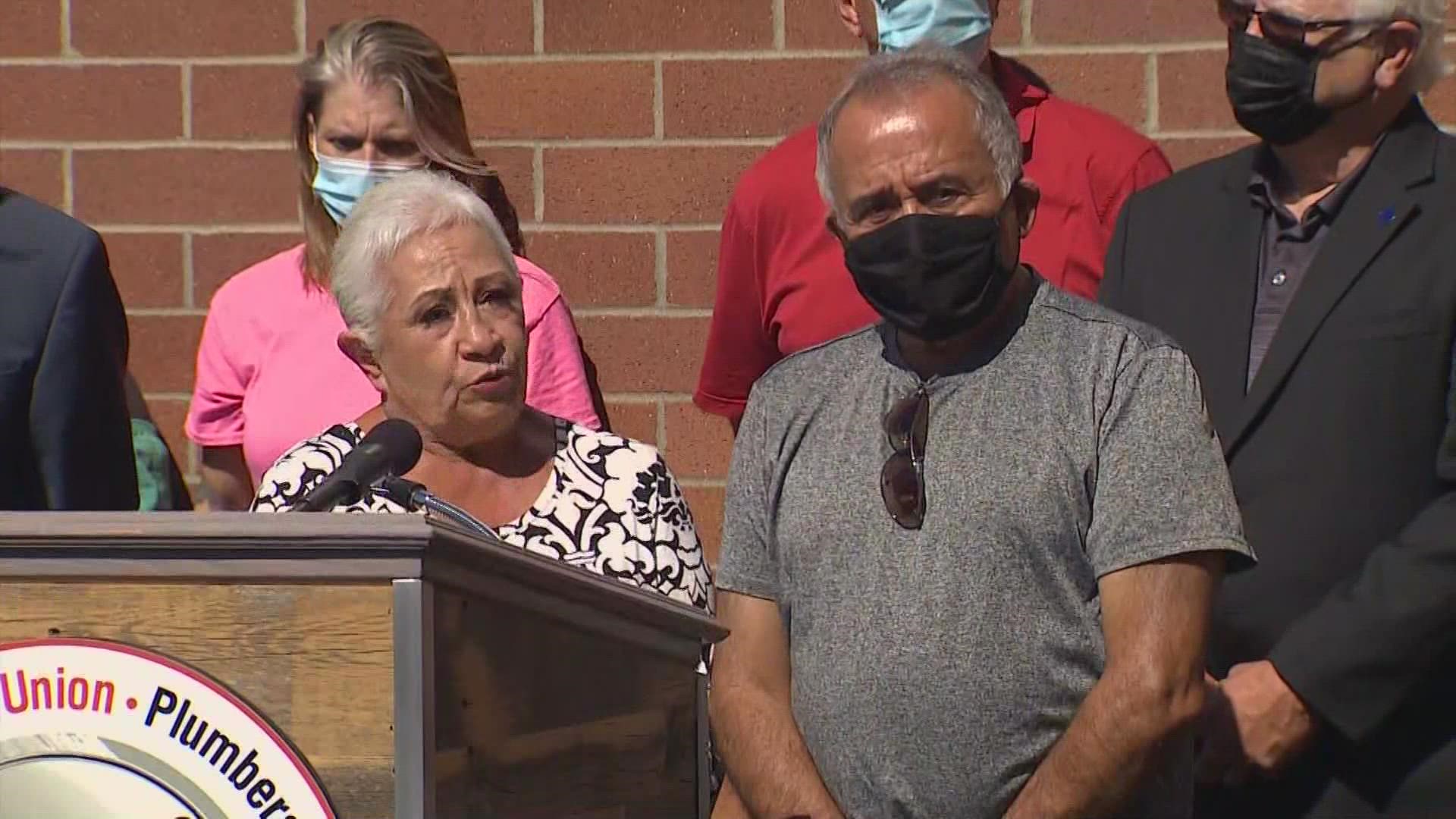 RICHLAND, Wash. — A group of Hanford workers whose lives will “never be the same” after exposure to toxic gases at the nuclear site slammed the Department of Justice (DOJ) on Thursday for a third attempt to strike down a Washington state law aimed at helping them.

Last week the DOJ filed a petition to the United States Supreme Court to take up its case that would dismantle a 2018 state law that opens the door for sick Hanford workers to obtain worker compensation benefits.

Under the Trump Administration, the DOJ lost the case against the state of Washington twice – first in federal court, then at the Ninth Circuit. The Supreme Court is the fed’s final shot at scrapping the law.

“The workers need this law. They deserve this law they have worked and paid with their life and injuries to clean up one of the most toxic sites (in the world) and I don’t understand (the challenge to) it,” said Bertola Bugarin, whose husband, 70-year-old Abe Garza, is critically ill after several exposures to toxic vapors at work. “They’re saying workers at Hanford are a commodity and expendable.”

The workers joined Washington State Attorney General Bob Ferguson, lawmakers, Local 598 union leaders and advocates at a news conference in Pasco. Ferguson said the group had a collective message for the Biden administration.

“The request from all of us is for this administration to drop their appeal to the United States Supreme Court. They can do that. They have the power to do it and they need to do that,” Ferguson said. “The workers who are with me here today and the many hundreds and thousands more who cannot be here today do not deserve to have this fight before one more court. It’s time to bring this fight to an end, and a president, Joe Biden, who says he’s on the side of workers needs to do the right thing and stand up for workers here at Hanford and drop the appeal.”

Workers at the conference suffer serious illnesses their doctors say were poisonous vapor-induced, including occupational asthma, COPD, cancer, organ damage and occupational dementia. Yet in each of their cases, their workers' compensation claims were repeatedly denied.

Before the 2018 law, the KING 5 Investigators showed for three decades Hanford workers were systematically cheated out of benefits. Hanford’s self-insured program used tactics such as doctor shopping and submitting incomplete medical information to unfairly deny claims. The process left workers sick, broke and unable to work.

The state law directs the Washington State Department of Labor and Industries (L&I) to give Hanford workers the presumption that their illnesses stemmed from exposures at work. Before, the workers had the burden of proof. L&I has the final sign-off on filed claims.

A 2015 exposure ended Garza’s career and his life goals, according to his wife. Upon retirement, Garza wanted to teach high school or community college math, but his occupational dementia prevents him from doing so.

“Those exposures wrecked their health. And though these exposures may have happened some years ago, it’s still wrecking their health,” said Hanford Challenge Executive Director Tom Carpenter. “We join with Bob Ferguson, the local union and others to call upon the Biden administration to drop this appeal. Hanford workers deserve the kind of legislative reform they received that will help them to get the compensation and medical care resulting from illnesses caused by working at Hanford.”

According to legal documents, the DOJ is challenging the state law’s constitutionality. The federal government, according to the attorneys, is being discriminated against.

“(Washington state’s law) thus makes it far easier for current and former Hanford federal contract workers to obtain workers’ compensation benefits. It consequently exposes their employers – and by extension the United States – to massive new costs that similarly situated state and private employers do not incur,” DOJ attorneys wrote in the appeal to the Supreme Court.

“The DOJ’s decision to challenge hard-fought protections for Washington workers and their families is atrocious," Nick Bumpaous, political action committee chairman at Local Union 598, said. "After President Trump’s failed attempts to strike down protections for our nuclear veterans, it is unconscionable that the Biden administration would continue to pursue this immoral endeavor. It’s both cruel to their families and disrespectful of their service."

Longtime Hanford worker Dave Klug, 58, said he has benefitted from the state law. Following a 2010 exposure, his doctors diagnosed him with occupational asthma, reactive airway disease and thyroid cancer. Yet Hanford’s workers’ comp program contractor fought him for 10 years over his cancer claim. After the passage of the law, sponsored by former State Rep. Larry Haler, R-Richland, his claim for cancer was accepted.

“It helped a lot. I don’t think I would have gotten anywhere if it wasn’t for this (law),” Klug said.

Hanford is a former nuclear weapons production facility located in Richland. Plutonium produced there fueled the atomic bomb dropped on Nagasaki, Japan on Aug. 9, 1945. Afterward, production continued to support the country’s stockpiling of nuclear weapons throughout the Cold War. Production stopped in 1987 and work since then has been clean-up only. Plutonium production at Hanford left behind the most contaminated site in the Western Hemisphere.

“Some of the most dangerous chemicals known to man are right here in our own backyard and I’m saddened that they are challenging this law,” Bugarin said.