After two years of denying the Upper Skagit Indian Tribe's request to study the removal of Gorge Dam, City Light agrees to an assessment. 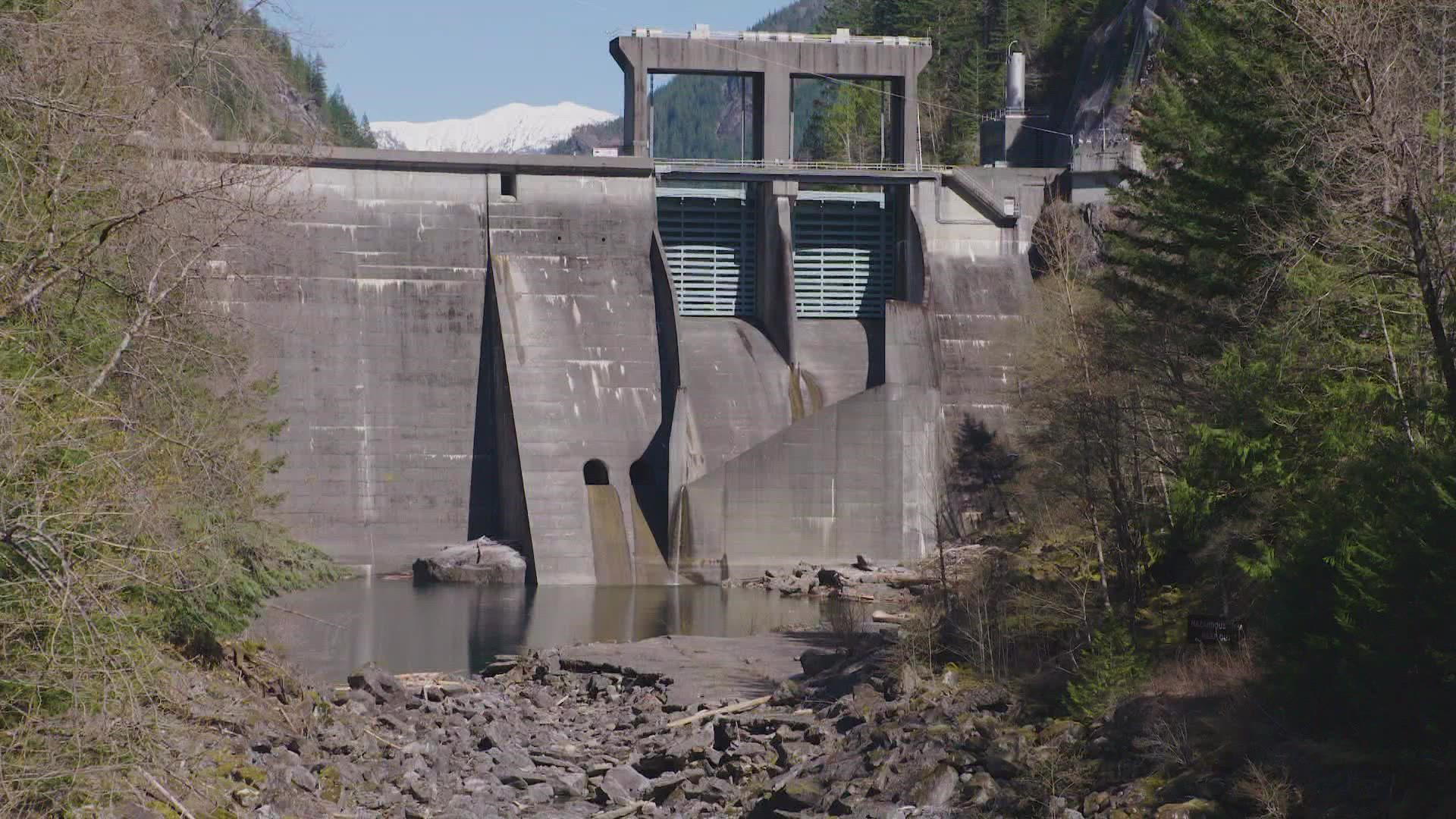 In an abrupt change in public policy, Seattle officials have agreed to undertake an assessment on whether or not Seattle City Light should consider decommissioning or removing one or more of their three hydroelectric dams on the Skagit River.

“We’ve been talking and listening,” Debra Smith, City Light general manager, said. “It’s been clear that things are changing quickly. We all share the same concerns about the watershed and about the environment, so we started looking at what alternatives are out there that would allow us to meet (the Upper Skagit Indian Tribe) at their ask.”

The city’s Skagit Hydroelectric Project generates roughly 20% of the city’s electricity. Over the last two years, the public utility has been embroiled in conflict-filled dam relicensing negotiations with stakeholders, including Skagit Valley Native American tribes, Skagit County government and state and federal regulators.

The Upper Skagit Indian Tribe has repeatedly requested the city study the viability of removing the dam farthest downriver, Gorge Dam, where the utility dewaters three miles of the Skagit to increase electricity production.

The tribe even bought a billboard in downtown Seattle in July, urging the mayor and city council members to consider removing Gorge Dam, which is located on the tribe’s most sacred ancestral lands.

As recently as last month, City Light officials were firmly denying that request. They repeatedly said Gorge Dam is an integral part of the project and looking into removal was out of the question.

On Thursday, City Light announced a change in position. They committed to study the impacts of decommissioning or removing one or more of their dams.

“After listening to license participants and examining the regulatory options, City Light is committing to complete a comprehensive decommissioning assessment that answers the question ‘Should we consider removing any or all of the dams on the Skagit?’” Chris Townsend, director of natural resources and the hydro licensing division for Seattle City Light, wrote in an email. “This assessment is a way for us – as a utility and as a city – to better understand whether the retirement and removal of any of these dams warrants further consideration at this time. This is an open and transparent approach to decision-making about the future of the dams.”

Upper Skagit leaders said they were surprised by the announcement.

“I was shocked,” said Upper Skagit Indian Tribe General Manager Doreen Maloney. “We are thankful. We want to give praise to those people who made the decision. I have to thank City Light and I have to thank the mayor’s office."

But Maloney and other members of the tribe in positions of power said they have many concerns and don’t yet fully trust the utility with whom they’ve had an adversarial relationship.

“This is a concern I have: ‘Will we do a study to get the information and not slant what we get? Will we have the courage and the wisdom to implement where this data takes us?'” Maloney said. “History tells tribes we’re still trying to enforce agreements made in the 1800s. ‘Can we frame (the study) somehow with the intent that we will agree to implement what we find?’ That should be a major concern to everyone.”

The city of Seattle built the Skagit dams approximately 100 years ago. Unlike nearly every other federally licensed hydroelectric project in the region, City Light’s project does not include fish passage infrastructure. The utility has not invested in systems to help salmon get around the dams with fish ladders or other technologies such as trapping and trucking fish around the dams.

When relicensing negotiations began two years ago, City Light said in public documents and meetings that fish passage or dam removal was unnecessary because their dams were built above natural fish barriers where salmon couldn’t access habitat anyway. Tribal, state and federal scientists have debunked that decades-long claim. In public filings, stakeholders such as NOAA Fisheries, the National Park Service, the Washington State Department of Fish and Wildlife and biologists with the Upper Skagit Natural Resources Department said Seattle’s project is devastating to fish runs as it blocks off 40% of the river where salmon could spawn and grow.

In February, City Light agreed to study the possibility of adding fish passage above all three of their dams.

“I think (the dam removal assessment) is significant. I’ve said all along that I wanted a collaboration. I wanted us to be in partnership,” Smith of City Light said. “I’m aware that we were not being perceived as that and we’ve really been trying to put a stake in the ground and say we really do mean that.”

The Federal Energy Regulatory Commission (FERC) last licensed City Light’s Skagit dams in 1995. Since then, three salmonid species – Chinook salmon, steelhead, and bull trout – have been listed on the endangered species list. And the orca who depend on Skagit River Chinook salmon as their preferred prey have been listed as well.

With salmon at the center of Native American culture for tribes of the Skagit Valley, tribal leaders said conditions and terms of a new license that could last up to 50 years are pivotal for their way of life.

In July, the Sauk-Suiattle Indian Tribe, based in Darrington, sued the city of Seattle over the dams, arguing congressional acts creating the Territories of Oregon and Washington prevented blockage of rivers to migrating fish. The complaint called for the removal of Gorge Dam if fish passage wasn't added under a new license.

Sauk-Suiattle's attorney said the utility is using a stall tactic by agreeing to assess if a dam removal study is warranted.

"I see it as one more delaying tactic...An agreement to study something is not an agreement to do it. There needs to be a firm commitment to what they are willing to actually do," said Jack Fiander, attorney for the Sauk-Suiattle.

City Light officials said if the study determines the time is not right to consider dam removal, they will re-visit the assessment throughout the next license.

“Compromise by definition means everybody doesn’t get everything they need, but in this case I think we will all benefit from really good information and a process that will allow us to continue to grow in our knowledge,” Smith said.

The utility also said the study will be a collaborative effort.

“Seattle City Light will seek the input of the (stakeholders) and be transparent in its development of this assessment,” wrote Townsend of City Light.