Seattle City Light has been criticized by Washington Tribal leaders and environmental advocates for not doing more to improve fish passage over its dams. 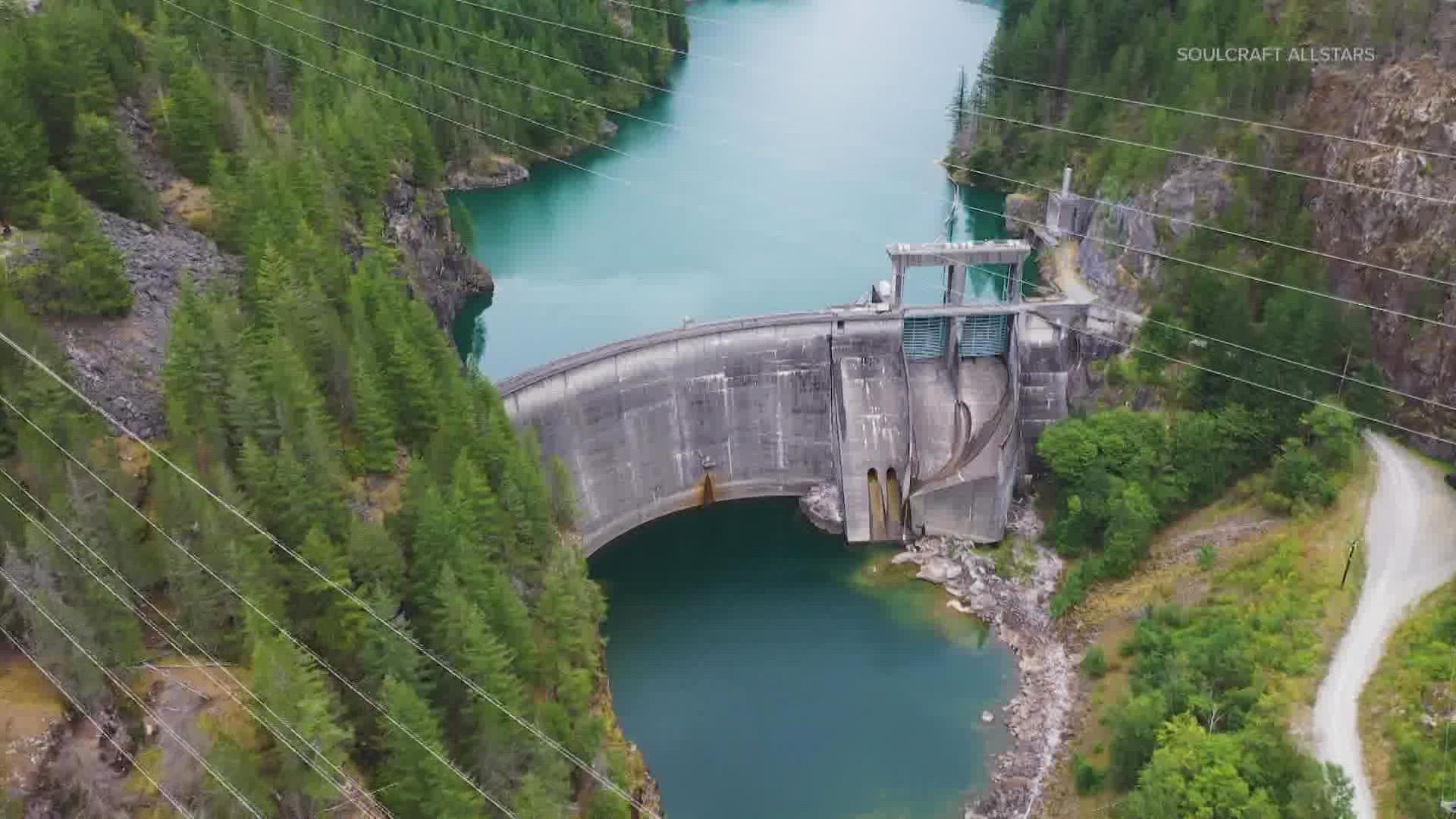 The fund was proposed by Seattle City Light in April of this year.

City Light operates three dams on the Skagit River: Gorge, Diablo and Ross, which together generate approximately 20% of the electricity used by Seattle residents and businesses. Roughly 100 years old, the project is one of the only federally licensed hydroelectric projects in the region that does not include fish passage infrastructure. The project permanently blocks roughly 40% of spawning and rearing habitat for anadromous fish. Anadromous species, such as salmon and steelhead, spend most of their lives in saltwater and return to freshwater to spawn.

The new initiative, called the Skagit Habitat Enhancement Program, will fund fish and aquatic habitat projects, according to a release from Seattle City Light, Wednesday. The fund came about after a multi-part series by the KING 5 Investigators, "Skagit: River of Light and Loss," that revealed the city has used outdated and incomplete science to make the decades-long claim that their dams don't hurt fish. The fund will start with $2.5 million, to which $500,000 will be added every year while City Light pursues a new federal license to continue operating its dams.

The Upper Skagit Indian Tribe, which leads a coalition of stakeholders working on the relicensing of the dams, applauded the additional resources.

"We're pleased City Light is trying to address the issues in the Skagit," said Upper Skagit Indian Tribe Natural Resources Director Scott Schuyler. "We're thankful that the city council approved the funding. We look forward to gaining a better understanding of how this fits into the long-term needs of the Skagit."

The council's vote comes after months of criticism, and even lawsuits, by western Washington Tribal leaders claiming City Light has done little to protect fish species and habitat on the Skagit River.

In July, the Sauk-Suiattle Tribe filed a lawsuit against City Light, claiming the Washington state Constitution forbids dams from blocking fish passage, as is the case on the Skagit. Chinook salmon are at the center of Sauk-Suiattle culture and are on the brink of extinction.

Chinook salmon also serve as the primary food source for Southern Resident orcas, a species that is also dwindling in numbers as food remains hard to come by. Orca scientists and advocates from the Puget Sound region have urged City Light to invest in opening up habitat that’s currently blocked by the utility’s three dams to help feed the starving whales. The Skagit River produces more Chinook for the whales than any other river in Puget Sound.

Stakeholders in the relicensing including U.S. Fish and Wildlife, the National Park Service, the Washington State Department of Fish and Wildlife, NOAA Fisheries and Skagit County government have voiced great concern that City Light is not accepting responsibility for the impacts the dams have on salmon, especially species protected by the Endangered Species Act.

In publicly filed documents, all the stakeholders have urged City Light to include fish passage over all three dams. So far, the utility has agreed to study the possibility, but has not committed to build the infrastructure.

"According to a majority of Skagit Treaty Tribes, fish passage over Seattle’s dams is the Skagit fisheries resource recovery priority. When they tell us that Seattle has cooperatively and contractually committed to fish passage, we will have no further concerns about Seattle’s questionable conduct in the Skagit over the past several decades," Will Honea, attorney for Skagit County government said. “As far as I can tell, City Light is recycling five month old news (of the fund) in an attempt to distract from their obligation to provide fish passage over their dams like tribes and agencies seek.”

City Light did not elaborate in its news release Wednesday where the funds will be used first, but the utility said it plans to work on making “lasting improvements” to the watershed.

“In April, we committed to the Tribes and other partners that we would dedicate funds, outside of the current and future license and settlement agreements, to protect the fish species in the Skagit River,” said Seattle City Light General Manager and CEO Debra Smith. “Council’s action allows us to make good on that promise. We are looking forward to working with the Tribes, federal and state resource agencies to make lasting improvements to the watershed.”