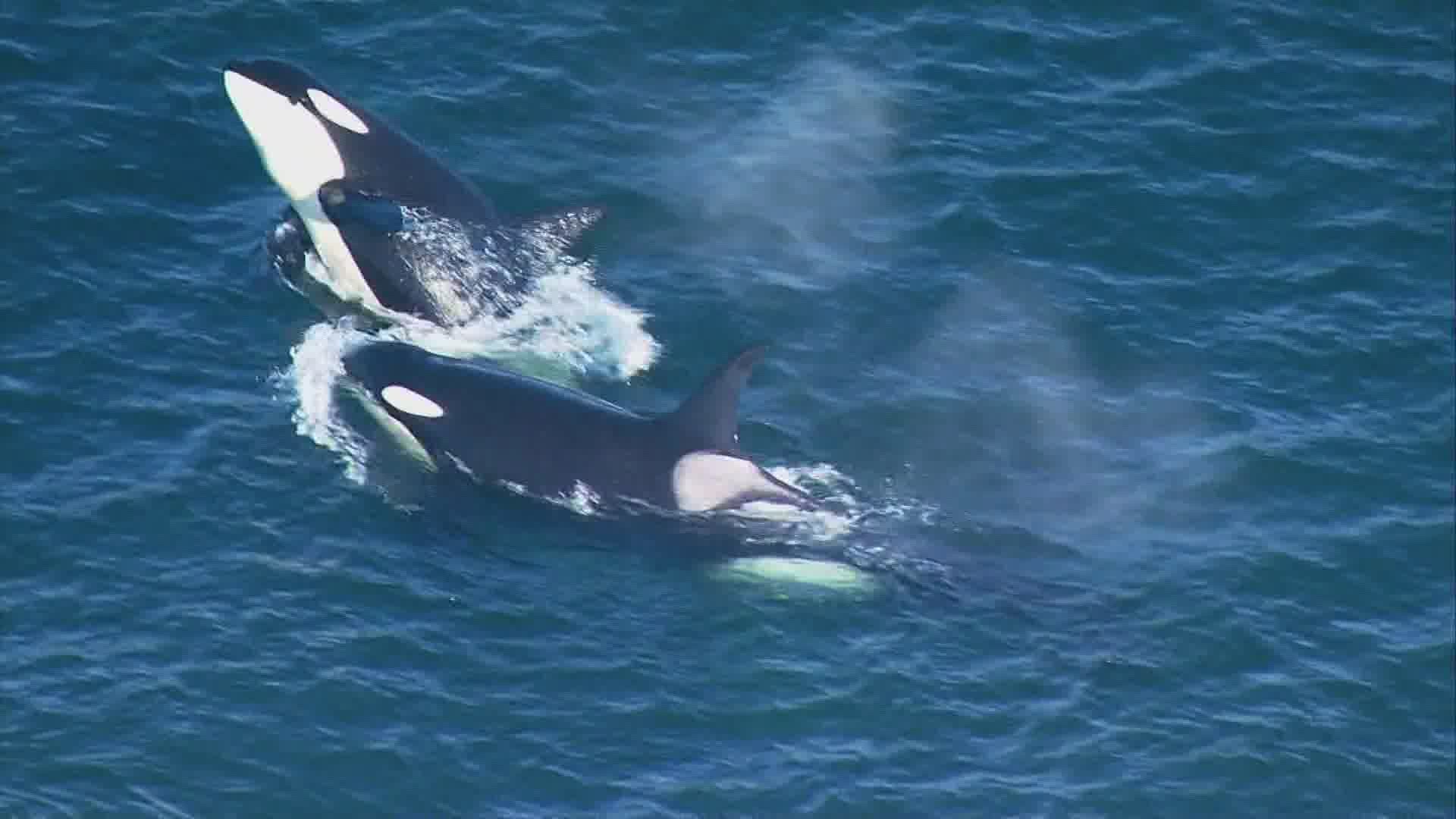 SEATTLE — Orca scientists and advocates from the Puget Sound region are urging Seattle City Light to invest in opening up habitat currently blocked off by the utility’s three dams on the Skagit River. The goal is to give Chinook salmon, the most important food source for the whales, the opportunity to increase in abundance.

Chinook salmon, listed as endangered since 1999, are the preferred prey-base for the Southern Resident killer whales, and the Skagit River produces more Chinook for the whales than any other river in Puget Sound. But for the last 100 years nearly 40% of the river has been blocked off to Chinook upstream of the public utility’s hydropower dams. According the National Park Service, that amounts to approximately 160 additional miles of habitat that could be used for the Chinook to spawn and grow.

“The main problem Southern Residents are facing is lack of food and there’s a lot of high-quality habitat [for salmon to feed orcas] above the dams. If the fish could reach them, we could see much larger production [of Chinook] out of the Skagit,” said Dr. David Bain, chief scientist for the Seattle-based Orca Conservancy. “Whales need a lot more food. They’re tinkering on the edge of the point of no return, so we really can’t put off making things better very long.”

Currently, there is no fish passage infrastructure built on the Skagit River to allow fish to migrate upstream or move downstream of the dams. For decades Seattle City Light upheld science showing there’s no point in even studying the possibility of adding fish passage because their dams were built above natural fish barriers, so salmon never used that habitat anyway.

A six-month KING 5 investigation revealed that the Pacific Northwest scientific community consisting of tribal, government and nonprofit biologists does not believe that assessment anymore.

“[The description of natural fish barrier]) furthers Seattle City Light’s argument as to lack of natural fish passage and is consistent in that effort in as much as it misrepresents the historic geomorphology to further their false narrative,” Upper Skagit Indian Tribe biologists wrote in public documents.

“The status of the SRKW (Southern Resident Killer Whale) is adversely influenced by the [hydropower] project [because Chinook salmon are hurt by the dams],” wrote scientists from the federal agency charged with protecting orcas, the National Oceanic and Atmospheric Administration (NOAA Fisheries).

Members of the orca community said after seeing the KING 5 reports they felt they’d been duped by the utility.

“I do feel like we’ve been misled. There’s been this kind of cover up,” said Howard Garrett, co-founder and director of the Whidbey Island-based Orca Network. “And now we’re seeing it was wrong. It deprived us, us humans and certainly the tribes and especially, to me, the orcas of their essential sustenance.”

The top official for Seattle City Light said they have never intended to mislead anyone about their project, which produces approximately 20% of the electricity for Seattle.

“Of course it wasn’t intentional,” said Seattle City Light General Manager and CEO Debra Smith. “No misleading intended. I believe that most knowledge in the world is cumulative. We learn, we grow, we study. We learn, grow and study and that’s where we are now.”

After two years of butting heads with tribal scientists and state and local natural resource regulators, Seattle City Light agreed in February to study fish passage through all three of their dams as part of the current dam relicensing process. The city’s new position came about one day after the first story in the KING 5 series, “Skagit: River of Light and Loss,” aired.

Below the hydro-electric dams, the utility has spent millions of dollars helping salmon through habitat restoration. But that plan hasn’t improved outcomes for the fish or the whales. In 2005, the federal government listed the orca as an endangered species, but they’re not recovering. According to the Center for Whale Research, the population grew to a high of 89 whales in 2006 to just 74 whales alive now.

“We’re about one or two bad years away from [the orca] getting to the point where it’s going to be extremely unlikely that’s we’re going to recover them,” said Bain of the Orca Conservancy. “[I’m] scared. And I feel like there’s a lot of pressure to communicate that sense of urgency to the decision makers. They say, ‘Give me some low hanging fruit I can do to make things a little better,’ and I’m going ‘That’s not going to work.’”

No one has more at stake than the Native American tribes who’ve called the Skagit Valley home for thousands of years. The leader of the small, rural Sauk-Suiattle Indian Tribe, based in Darrington, said along with the orca, they’re suffering the loss of the Chinook. They’re watching salmon, the very center of their culture disappear and in turn, the cherished orca.

“The orca whales to us, we see them as our brothers and sisters of the water in the sense that we’re fighting for the same thing. We’re fighting for a food source and a way of life. And the only difference between us and them is that we have a voice and they don’t,” said Nino Maltos, chairman of the Sauk-Suiattle Tribe.

In 2018, the orca known as J35 or Tahlequah, brought international attention to the plight of the Pacific Northwest orca. Tahlequah birthed a female calf on July 24, 2018, but the baby died within a half hour of her birth. J35 then carried her dead calf throughout the Salish Sea for a record 17 days. It was an unprecedented showing of grief over the death of her baby.

“J35, Tahlequah, certainly showed everyone what happens when they don’t get enough to eat. It is the clearest, most poignant illustration of what happens when they’re nutritionally starved – they’re not getting enough food. So every little bit, every morsel, every new source of Chinook salmon especially that you can bring into their habitat is going to help her and all the other Southern Residents,” Garrett of the Orca Network said.

NOAA biologists wrote in public documents that they teamed with the Washington Department of Fish and Wildlife to assess where the most significant Chinook salmon stocks for orcas are located on the West Coast and that the Skagit River is near the top of the list.

“[We studied] Chinook populations ranging from Southeast Alaska to California. The Skagit River is among the most important sources of Chinook salmon needed for the recovery of the Southern Resident killer whales,” NOAA scientists wrote.

Seattle City Light, whose current license to operate the Skagit Hydropower Project expires in 2025, said they’re working to change conditions on the Skagit for salmon and the orcas who depend on the river.

“I think we all have a role to play,” Smith said. “We’re committed to doing our part and to learn more about what has put this species in peril and how we can help bring them back. I don’t care about being right. I care about doing right.”