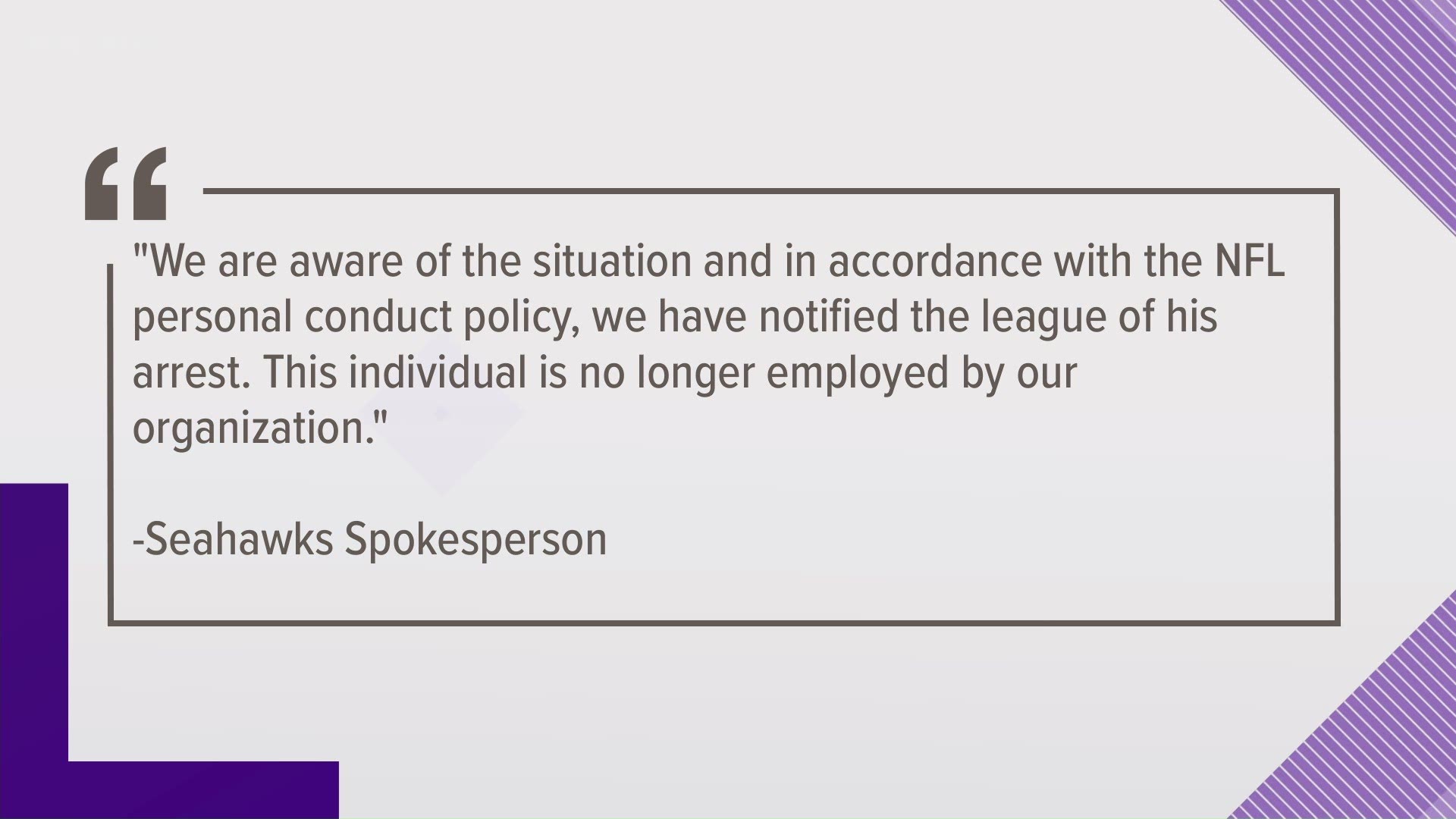 The Seattle Seahawks Security Manager was arrested and charged with crimes of possessing and dealing child pornography. The KING 5 Investigators first broke the news on Twitter Wednesday afternoon.

Miyasato is being held in King County on $50,000 dollars bail. The Seahawks organization said Wednesday that Miyasato is no longer with the team.

According to legal documents, police confiscated more than 25,000 images of child pornography. They also confiscated videos of children as young as the age of one being sexually exploited in extremely graphic ways.

KING 5 reached out to the Seahawks organization for comment and they shared the following statement: "We are aware of the situation and in accordance with the NFL personal conduct policy, we have notified the league of his arrest. This individual is no longer employed by our organization." 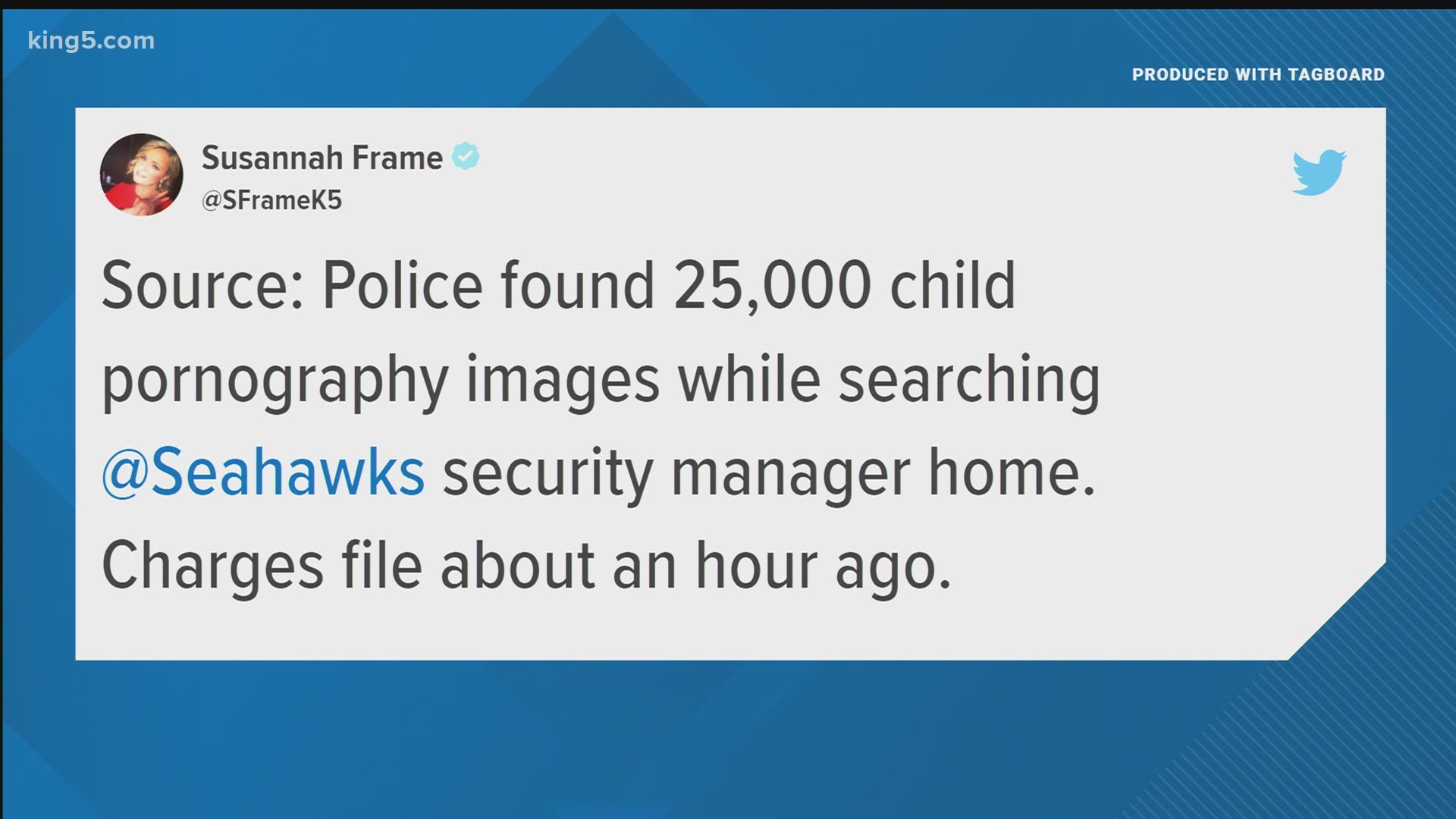