A red-light camera in Renton that caught the most red-light runners in the state did not accurately count crashes in 2017. 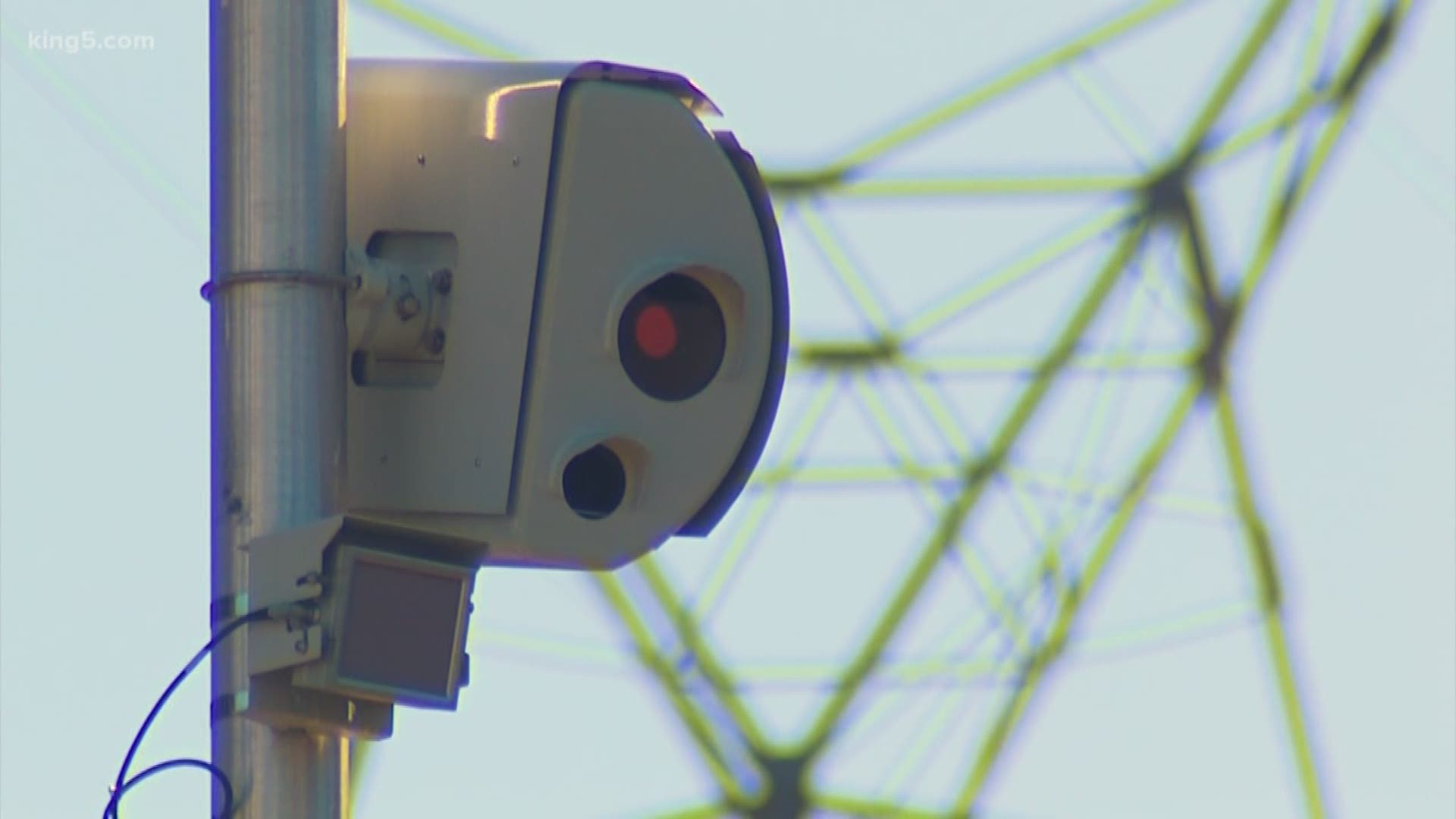 RENTON, Wash. — Renton’s police chief has ordered a full review of all seven of its red-light cameras after KING 5 uncovered a mistake in the city’s crash data at one intersection.

The red-light camera at the intersection of Benson Drive South and South Puget Drive counted more than double the number of crashes in 2017 than there actually were.

“Since this story has come out, we're going back and reviewing and verifying all the intersection data,” said Renton Police Commander Dan Figaro. “The chief of police has ordered a review of all of our red-light cameras and its impact on the community.”

Crash data is among the key factors cities consider when deciding where to place a red-light camera.

Figaro says it was an honest mistake made by a city traffic engineer that should have been caught before the number went public in their annual photo enforcement report.

Credit: KING
Red-light cameras at the intersection of Benson Drive South and South Puget Drive caught the most red-light runners in the state in 2018.

“Is it justified to have it there, or is it just a way for the city to make money off tickets?” asked George Miller, a lifelong Renton resident.

Miller says he loves almost everything about his hometown, but he hates the red-light camera at Benson and South Puget. He’s racked up three tickets there.

Figaro says the goal of the city’s photo enforcement program is safety and driver education. He hears a lot of complaints about red-light cameras and says many right-turn drivers often don’t even realize they’ve rolled right through a red light without stopping.

“What studies show is that what curbs people’s behavior is getting a citation as opposed to a warning,” said Figaro.

After reviewing the crash data, the Renton Police Department says it will also review whether some cameras should go away.

“We are considering possible removal of some of the cameras,” said Figaro.

The city has not yet offered a timeline for reviewing its crash data or the possible removal of any of its red-light cameras.