Port Townsend hasn't had a police shooting since 1995. Still, the city is conducting a review of its 14-member police department. 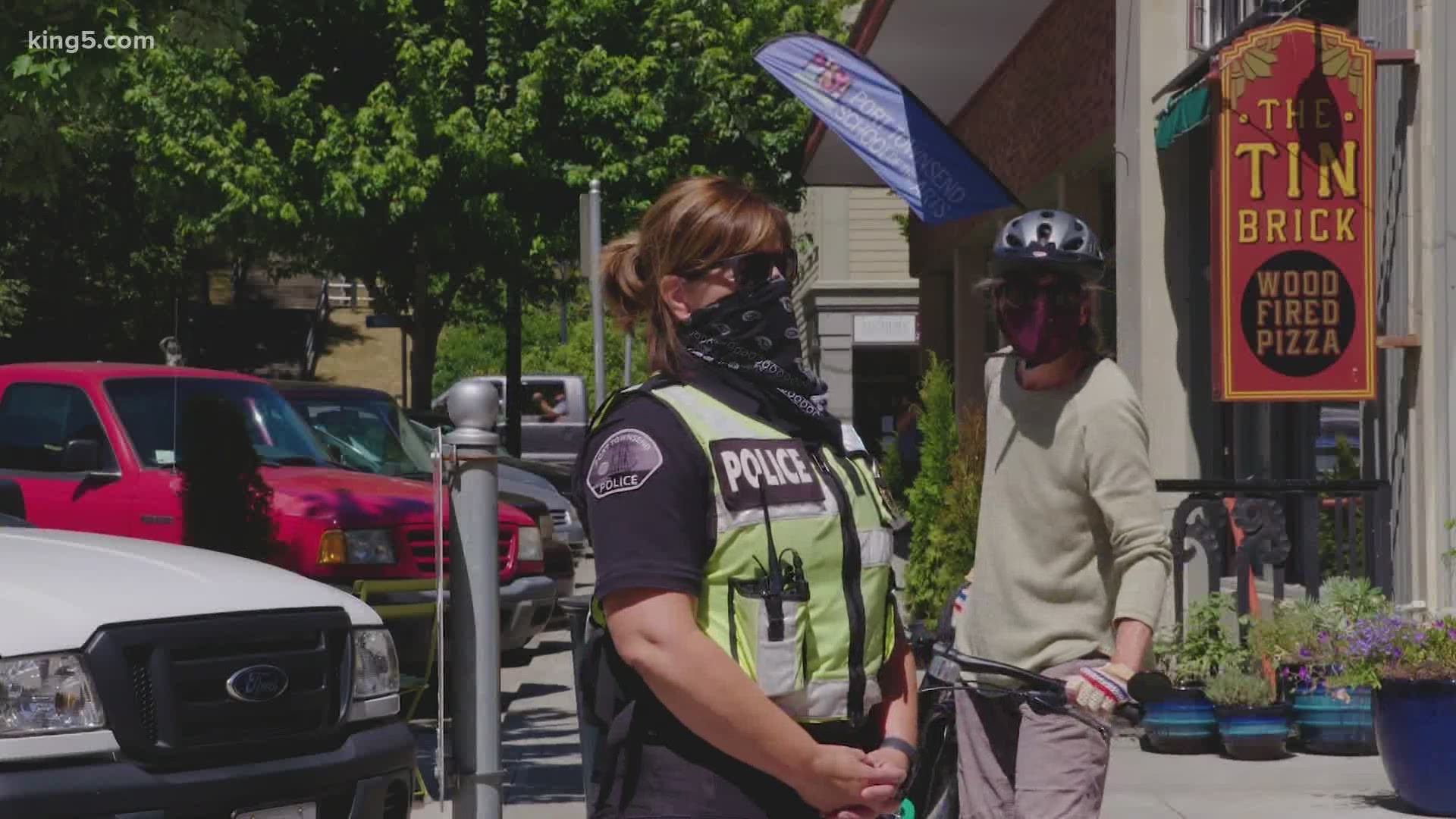 PORT TOWNSEND, Wash. — The Port Townsend City Council launched a top-to-bottom review of its 14-member police department, the type of re-evaluation that is happening in big cities across America which have been rocked by police brutality protests.

The historic seaside town on the Olympic Peninsula hasn’t had a police shooting since 1995. Its officers are outfitted with body worn cameras and the department employs a range of progressive policing policies.

But community leaders wonder if the department in the town of 10,000 residents can better serve all citizens.

“Yes, it happens in big cities. But we are horrified when we see it. And we don't want it to happen here,” Port Townsend Mayor Michelle Sandoval said of the abuse of police authority.

As part the pledge to "Stand for Truth," the KING 5 Investigators have been researching use of force policies in every police department across Washington. The data is being compiled for a long-term investigation by the television station.

Early data from the investigation shows that many of the state’s police agencies are reviewing their policies, even in small towns such as Port Townsend.

“Getting a different perspective on things is important because there might be things we don’t see or understand,” Port Townsend interim Police Chief Troy Surber said.

Surber's department took part in the Zoom meeting this week of a committee that will take part in a six-month study to evaluate police data, budge, training, and policies.

There’s been a lot of talk about “defunding” big city police departments.

Mayor Sandoval says Port Townsend is also having that discussion, which Sandoval prefers to call “appropriate redistribution” of funds.

For example, the council expects to discuss whether some of the city budget should be directed toward mental health programs that will answer calls related to mentally ill people, instead of sending armed police officers.

“When we think that calling a cop is going to solve those problems, we’re wrong,” the mayor said. “And so defunding, what we're really looking at is how to fund appropriately.”

The discussions in Port Townsend show how the conversations about police reform have landed in the far corners of America.

The mayor says the town has a slightly higher arrest rate of Black people per capita and she wants to evaluate data to find out why.

The council hopes to spend six months evaluating data and policies and make some funding decisions next year based on that information.