Patrick O'Donnell admitted to sexually abusing kids while a priest in Spokane. He now lives .6 miles from two schools in Mount Vernon. 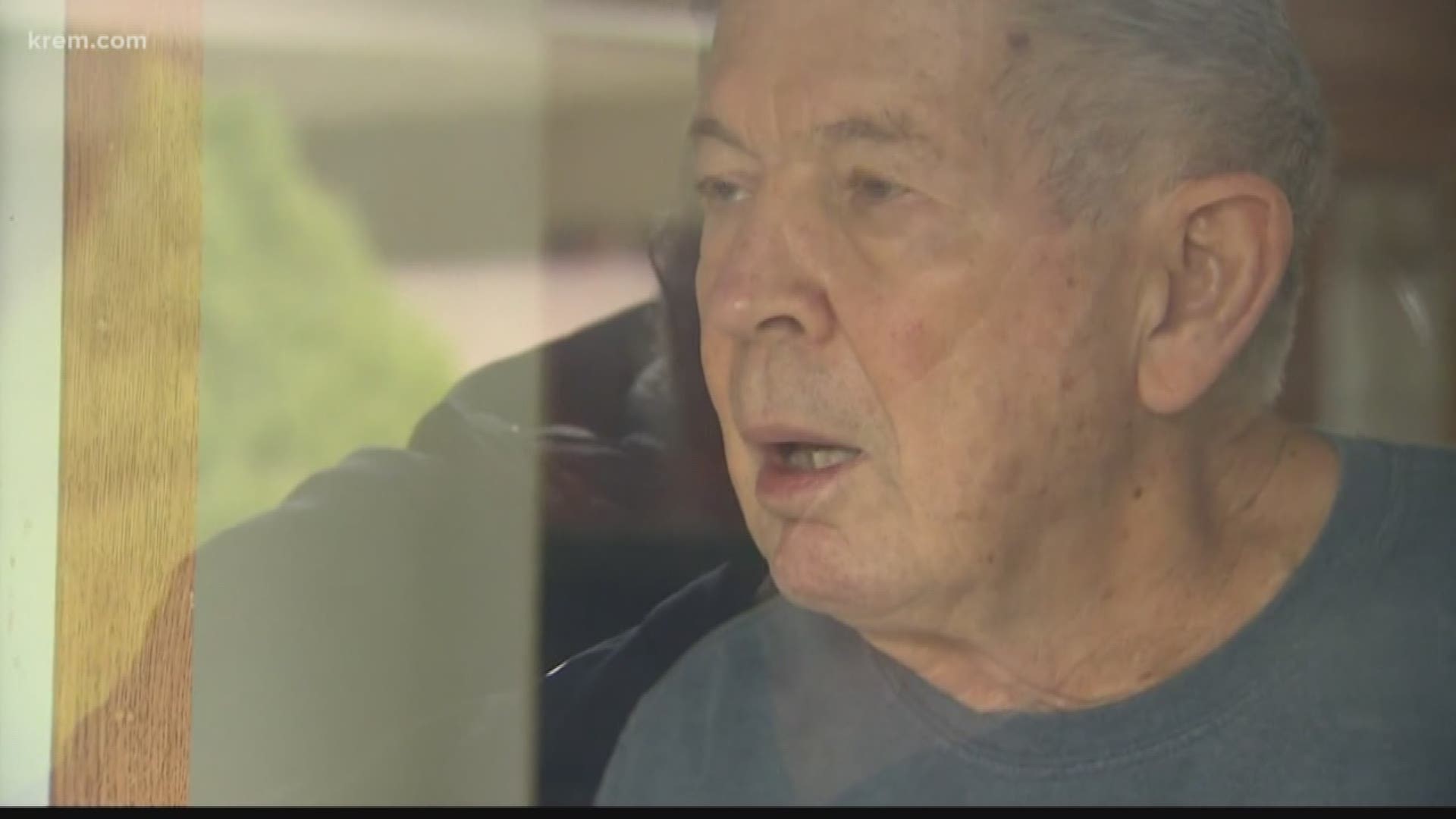 MOUNT VERNON, Wash. — Patrick O’Donnell is a name that draws a strong reaction in Spokane.

He’s a large part of the reason the Catholic Diocese of Spokane went bankrupt after it agreed to pay millions of dollars to 28 victims who O’Donnell admitted to sexually abusing in the 1970s.

O’Donnell now lives in a retirement community for people 55 and older, just over half-a-mile from two schools in Mount Vernon, Washington, a suburb an hour north of Seattle.

He isn’t required to inform his neighbors or the nearby schools that he lives there, because he isn’t required to register as a sex offender. This is because he admitted to the sexual abuse in a civil trial, but didn’t face criminal charges because of the statute of limitations having expired when the allegations came to light.

O’Donnell was a priest in Spokane in the 1970s, when he allegedly sexually abused dozens of boys. Of those who made allegations against O’Donnell, 28 were part of a civil lawsuit in Spokane against him.

O’Donnell’s case was a large part of the reason the diocese filed for bankruptcy in 2004 amid a number of lawsuits involving priests accused of sexual abuse.

O’Donnell was reassigned to the Catholic Archdiocese of Seattle after concerns regarding sexual deviancy in Spokane. He left the church in 1986 to open a psychology practice in Bellevue. He was later defrocked.

Days before the lawsuit was filed in 2002, a KREM reporter tried to ask O’Donnell about the allegations. He refused to comment, instead referring the reporter to his lawyer.

But on Dec. 30, 2019, a KREM viewer sent an email to our investigative team, asking that we look into where O’Donnell currently lives in Mount Vernon.

KREM’s sister station KING in Seattle sent a reporter to O’Donnell’s house. While he didn’t have much to say back in 2002, he is now saying he is sorry for his actions.

“I don’t know how many victims but I’m very sorry for whoever I hurt. I’m very sorry and I’ve apologized many times and I continue to do so now,” O’Donnell said.

He also said he didn’t know his home was close to schools when he bought it, saying the decision to live in the retirement community had to do with his expenses.

“I had no idea about schools when I found this place. I bought in here because it was something I could afford because all of the money I lost,” O’Donnell said. “It’s the only reason I got here. It didn’t have anything to do with being close to schools. I know it’s only probably a mile away to that school. But I didn’t get here because of the school at all.”

Although he admitted to sexual abuse in the lawsuit, he doesn’t have to tell his neighbors or the schools about his actions. He also isn’t required to register as a sex offender. This is because his admissions came during a civil lawsuit, and he never faced criminal charges as the statute of limitations had ran out.

O’Donnell also said he doesn’t feel the need to tell those around him or the schools of his presence because he hasn’t had any problems in “like 40 years.”

“Of course not. Yes, for years I’ve had tons of therapy and everything else. I haven’t had any problem,” he said.

He also added that he stays out of problems and doesn’t go near the schools other than on walks and hikes.

“I never go to the schools. I walk by sometimes on my hikes or walks but I don’t even go close to them. I don’t talk to anybody, don’t do anything. I stay away,” O’Donnell said.

Mount Vernon Schools Assistant Superintendent Bill Nutting said in a statement to KREM that safety is the district’s utmost priority.

“The safety of our students is our paramount responsibility. Safety needs to be attended to in order to support the academic, social and emotional growth of our students,” Nutting said in a statement.

O’Donnell said he has apologized over the years, and he feels that his attempts to show his remorse have been ignored. But in the end, he said his faith teaches him he should be forgiven if he makes amends.

“My faith in the past has been that we should be forgiven if we make amends and I can’t control that. I know that many people will never accept my sorrow and I can’t help that,” he said.

KREM reached out multiple times to the attorney who represented O’Donnell’s victims in Spokane, but we have not heard back.