The KING 5 Investigators have found that no one inside Washington's child welfare system was disciplined or even investigated after grave mistakes were made in a foster child's case. 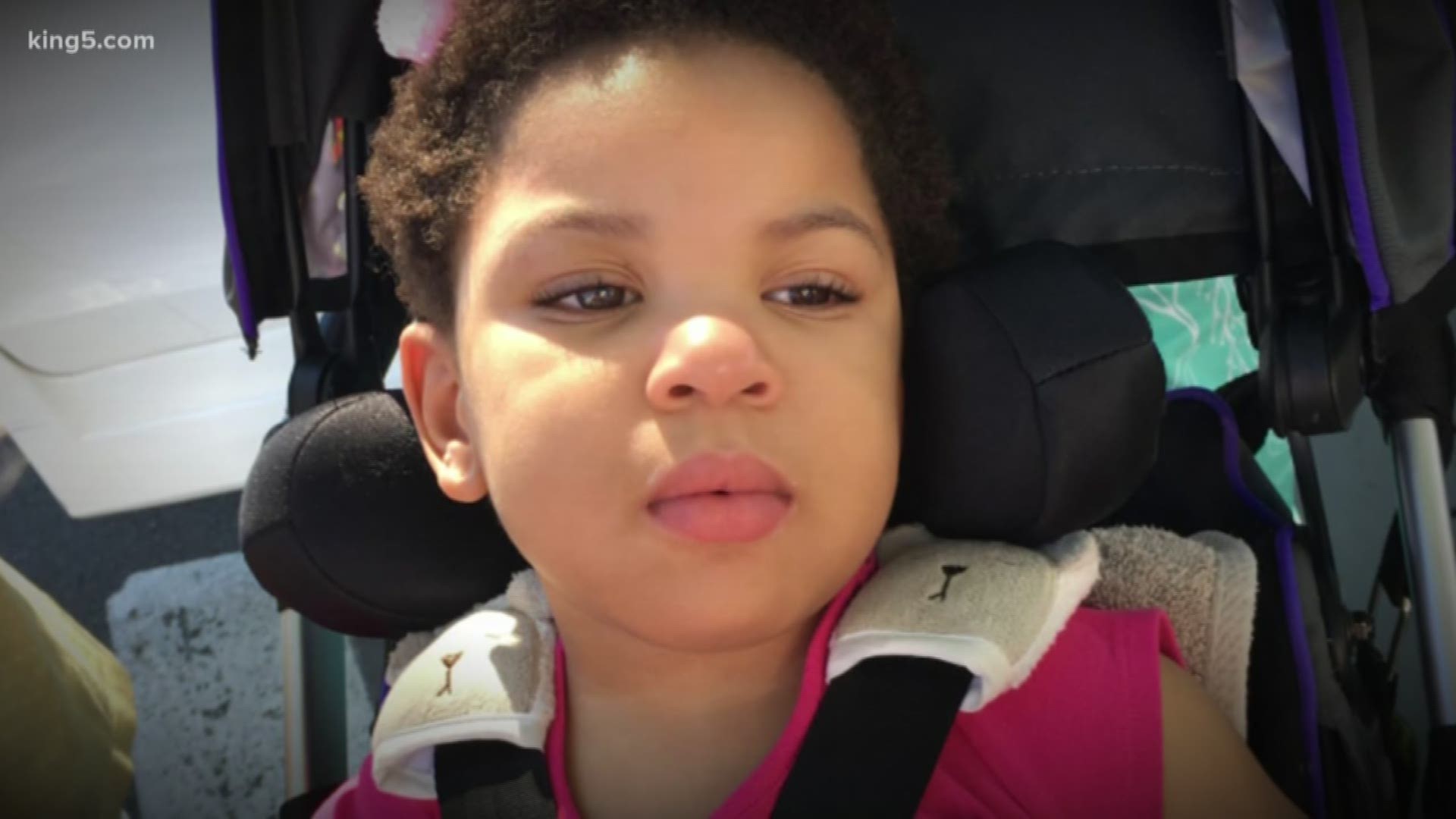 In the state of Washington when a foster child is abused to the point of nearly dying, there are steps in place to get to the bottom of what went wrong.

In 2015 Governor Jay Inslee signed “Aiden’s Act” into law. It mandates that after a near-fatality in the foster care system, the Department of Children, Youth, and Families (DCYF) is to conduct a review of the files of caseworkers assigned to the child. If it’s found that the caseworkers violated a policy, rules, or state statute, “the department is to conduct a formal employee investigation.”

Last year DCYF, formerly the Children’s Administration at the Department of Social and Health Services (DSHS), paid a record-breaking settlement in the case of a foster child who almost died while in state care. The Thurston County child, known as M.D., received $19.3 million, the biggest DSHS settlement ever paid.

Born perfectly healthy, M.D. was beaten by her father at the age of 18 months old. She survived but can no longer walk, talk, feed herself, or see.

M.D.’s case is exactly what lawmakers had in mind when they passed Aiden’s Act. But the KING 5 Investigators found despite legal documents showing the caseworkers did violate several policies, there was no formal employee investigation conducted. No one was held accountable.

RELATED: Washington state will pay millions to girl at center of abuse case

“It hurts me that (there was) wrongdoing and nothing happened,” said Jeff Isaacson, M.D.’s former foster parent in Lacey. “How many $20 million lawsuits does it take to change your model?”

The child was living with the Isaacsons, along with her biological sister, when caseworkers moved her to Austin, Texas to live with her dad, who had a documented history of violence.

Three months after her arrival in Texas, M.D.'s father beat her so violently she had 16 rib fractures, liver and spleen lacerations, a brain bleed, facial bruising, and she suffered a heart attack upon her arrival at the hospital. Doctors also found aging rib fractures and healed burns, which showed this most likely wasn’t the first time the child had been abused.

Court records stemming from a lawsuit filed against DSHS on behalf of the child in 2017 show a string of policy violations made by the social workers prior to sending M.D. to Texas:

In addition, the caseworkers told a judge in Washington state that there were “no red flags” about the dad out of Texas. That is not true. If the home study would have been reviewed, it would have brought to light that the father lied to DSHS caseworkers about his history of violent crimes.

A background check on the father would have revealed convictions for aggravated robbery, assault causing bodily injury, drug convictions including manufacturing and delivery of a controlled substance, and domestic violence assault for beating and choking his wife.

“I would call (the social worker) trying to get this little girl off their caseload and cutting every corner along the way to do that,” said Seattle-based attorney Tim Tesh, who represented M.D. in the lawsuit that resulted in the 2018 multi-million-dollar settlement. “Someone who will beat and choked his wife will beat a child. It's certainly a major warning sign.”

The skipped safety checks are all violations of policy. According to Aiden’s Act, those violations should have automatically triggered an official employee investigation.

“Someone should have lost their job over this, of course,” said Sen. Steve O’Ban (R-University Place).

O’Ban was the primary sponsor of Aiden’s Act, which was aimed at instituting accountability measures in our state’s child welfare system.

“They didn’t get it before, and it appears they still don’t have the motivation to change their culture of no accountability. The goal is to better protect kids,” O’Ban said.

The public information officer for DCYF said the agency’s top official, Secretary Ross Hunter, was not available for an interview for this report but issued a statement Monday afternoon in which he said improvements are being made at the agency.

“As I stated last year, in this case from 2015 the agency did not meet our expected standard of care. We take our responsibility to protect at-risk children in Washington seriously and expect our staff to do so as well,” Hunter wrote. “Since the time of this case we have implemented several oversight steps to improve child safety, including formal 'Aiden’s Law' reviews of policy compliance and near fatality reviews with external reviewers. We use the insights from these reviews to improve practice.”

O’Ban’s law was inspired by the story of Aiden Barnum of Auburn, following a series of reports on the child by the KING 5 Investigators.

Aiden’s experience is similar to M.D.’s. As a baby, his father beat Aiden so brutally, the child, who was born completely healthy, was left a quadriplegic with significant brain damage. Caseworkers at the time in 2009 failed Aiden by skipping mandatory safety protocols. KING 5 found that in Aiden’s case, DSHS did not conduct a review to determine what went wrong. There was no employee investigation, and no one was held to account. Instead, Aiden’s social worker was promoted.

Aiden’s parents, Melissa and Bill Barnum, who adopted the child after the assault, lobbied hard to get the law passed.

“Obviously the state doesn’t care what you legislate against them,” said Melissa Barnum in reaction to M.D.’s case. “And nobody’s going to make them accountable no matter what kind of laws you pass or what kind of money you pay out. I don’t even have words for that kind of disappointment or sadness.”

While M.D.’s caseworkers weren’t investigated, her former foster parents were. A complaint was made to DCYF after they appeared in a November 2018 KING 5 report. It was a breach of confidentiality rules for the Isaacsons to talk to a reporter about a foster child. The state’s investigation found the complaint “valid.”

The Isaacsons were given a choice: sign a compliance agreement and promise not to talk about a foster child publicly again or forfeit their foster license. They chose to give up the license.

“If it means giving up our foster license to (be able to advocate and) make sure it doesn’t happen again, I would gladly do that,” said Jeff Isaacson. “We have to work to protect the kids if the state isn’t going to.”

The DCYF statement from Hunter also included a sentence about the timing of M.D.’s assault.

M.D.’s father assaulted her on July 9, 2015, two weeks before the law officially went into effect. But the bill was signed into law on May 18, 2015, well before the tragedy. O’Ban said DSHS officials knew about the law and the spirit of it at that time.

“(Conducting an investigation) was best practice," O’Ban said. "That’s a dodge to say Aiden’s Act didn’t apply. We shouldn’t even have needed a law. They should have done an investigation." 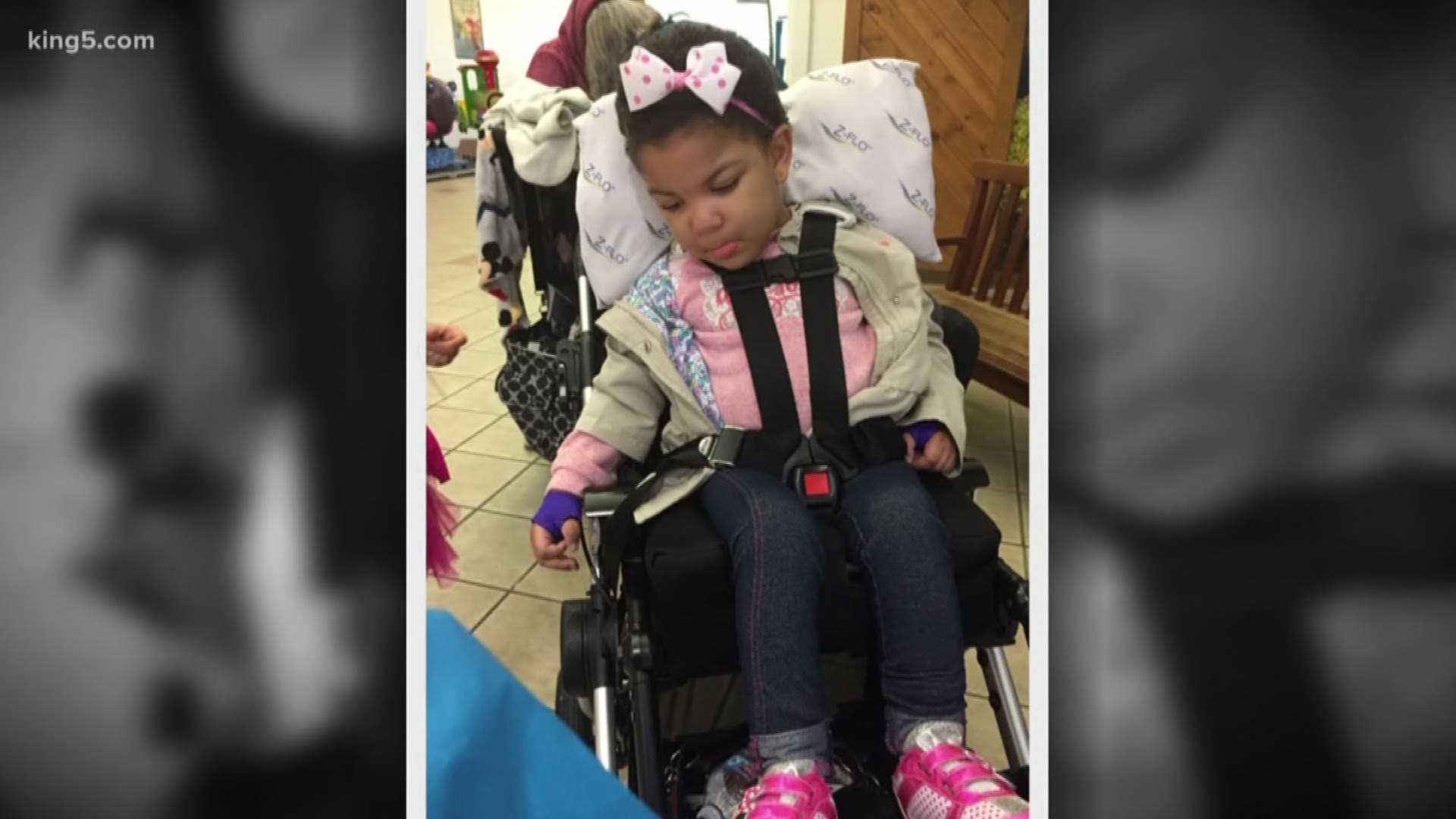