Cameron Shea, 25, was sentenced to three years in prison for his role in threatening advocates and journalists, including KING 5 Investigator Chris Ingalls. 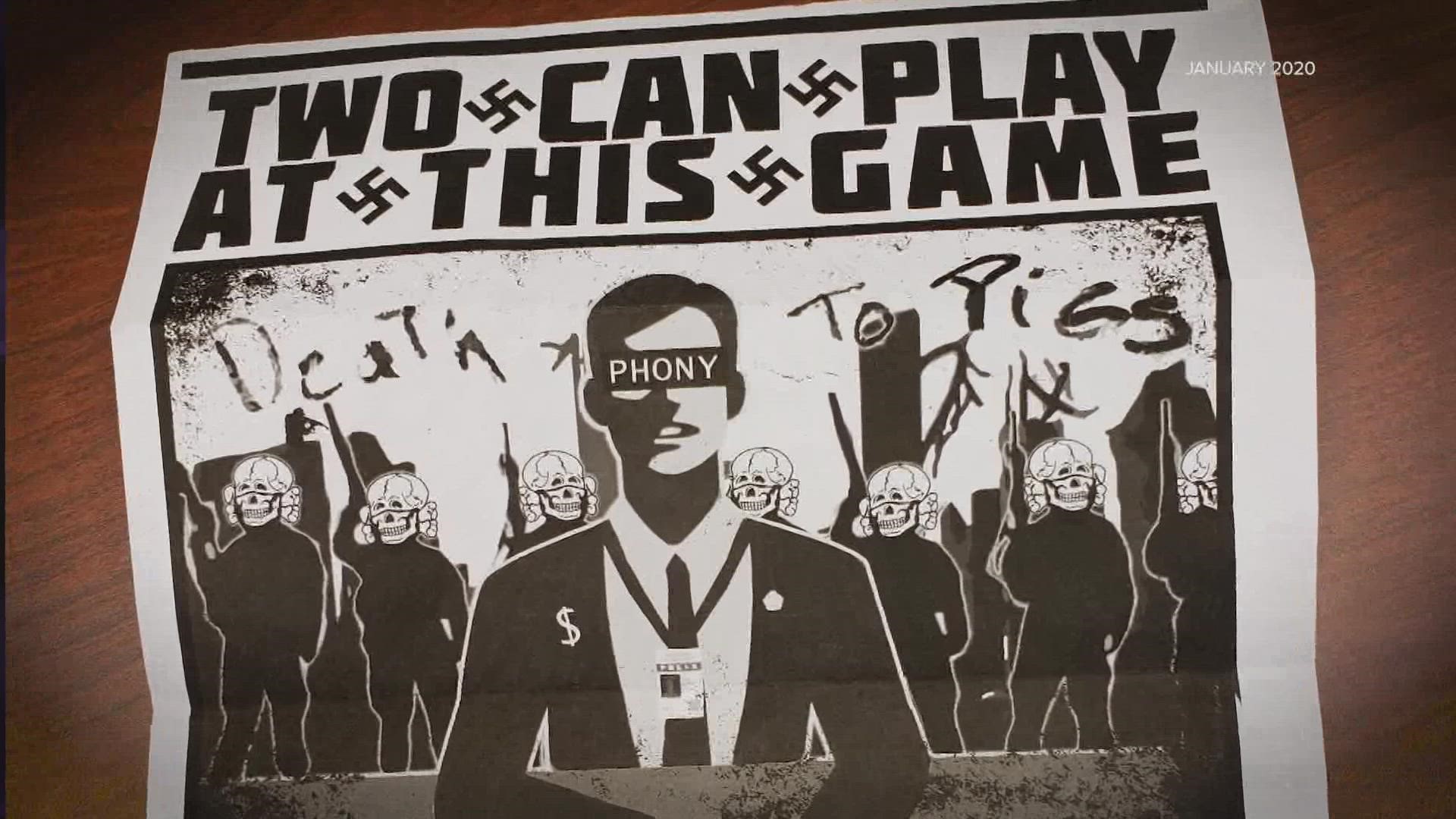 SEATTLE — A leader of the neo-Nazi group Atomwaffen Division has been sentenced to three years in prison for his role in threatening journalists and advocates who worked to expose anti-Semitism, according to Acting U.S. Attorney Tessa Gorman.

Cameron Shea, 25, of Redmond, pleaded guilty in April 2021 to one count of conspiring to commit three offenses against the U.S. Those offenses include interference with federally protected activities because of religion, mailing threatening communications and cyberstalking. He also pleaded guilty to one count of interfering with a federally protected activity because of religion.

Shea and others mailed letters and posters to advocates and journalists, including KING 5 Investigator Chris Ingalls who has done extensive reporting on the Atomwaffen Division, threatening violence against them.

"I always feel like there's a possibility that there's somebody else out there that's taken this guy's place, so I'm still a little bit nervous," said Ingalls, who was present during Shea's sentencing. "But, I'm happy that the criminal justice system is doing its thing and taking these cases seriously because they really are. And, we've seen that today because this guy is going to prison."

U.S. District Judge John Coughenour handed down the sentence Tuesday and said in a statement, "This conduct cannot be tolerated. This kind of conduct has consequences… It is so serious that it requires a serious sentence."

Before Shea's sentencing was announced, Ingalls and another victim, a woman with the Anti-Defamation League, shared their stories of being targeted by Shea. The woman talked about how her family lived in fear, while Ingalls urged Shea to get his life on track.

"He's got to find a way to let that hate go because he can get out of prison, but he can still be a prisoner of all the hate and anger that's inside of him," said Ingalls.

It's been 18 months since the threatening letter was sent to Ingalls, however, he said the act of hate continues to impact him and his family.

"I think in my personal life, it's changed a lot of things where I do feel like I have to look over my shoulder a bit more," said Ingalls, who had to find a safe place for his family after the initial threat was made. "I'm not paralyzed by fear, but I'm not stupid about it. I realize I'm on a target list, somebody's target list."

Ingalls noted that as scary as the situation may have been, it hasn’t deterred him from his job, uncovering truth regardless of the risk.

"It's so important to cover these kinds of stories because they're out there and some of them aren't just talk. Some of them are very dangerous," Ingalls said.

Two of Shea’s co-defendants previously pleaded guilty to the conspiracy charge and were sentenced.

The fourth defendant is Kaleb Cole, the admitted leader of the Atomwaffen Division. Cole pleaded not guilty to the charges and his trial is set for September 2021.