Lynell McFarland was taken to a hospital for care and her family has been notified, according to the Kittitas County Sheriff's Office. 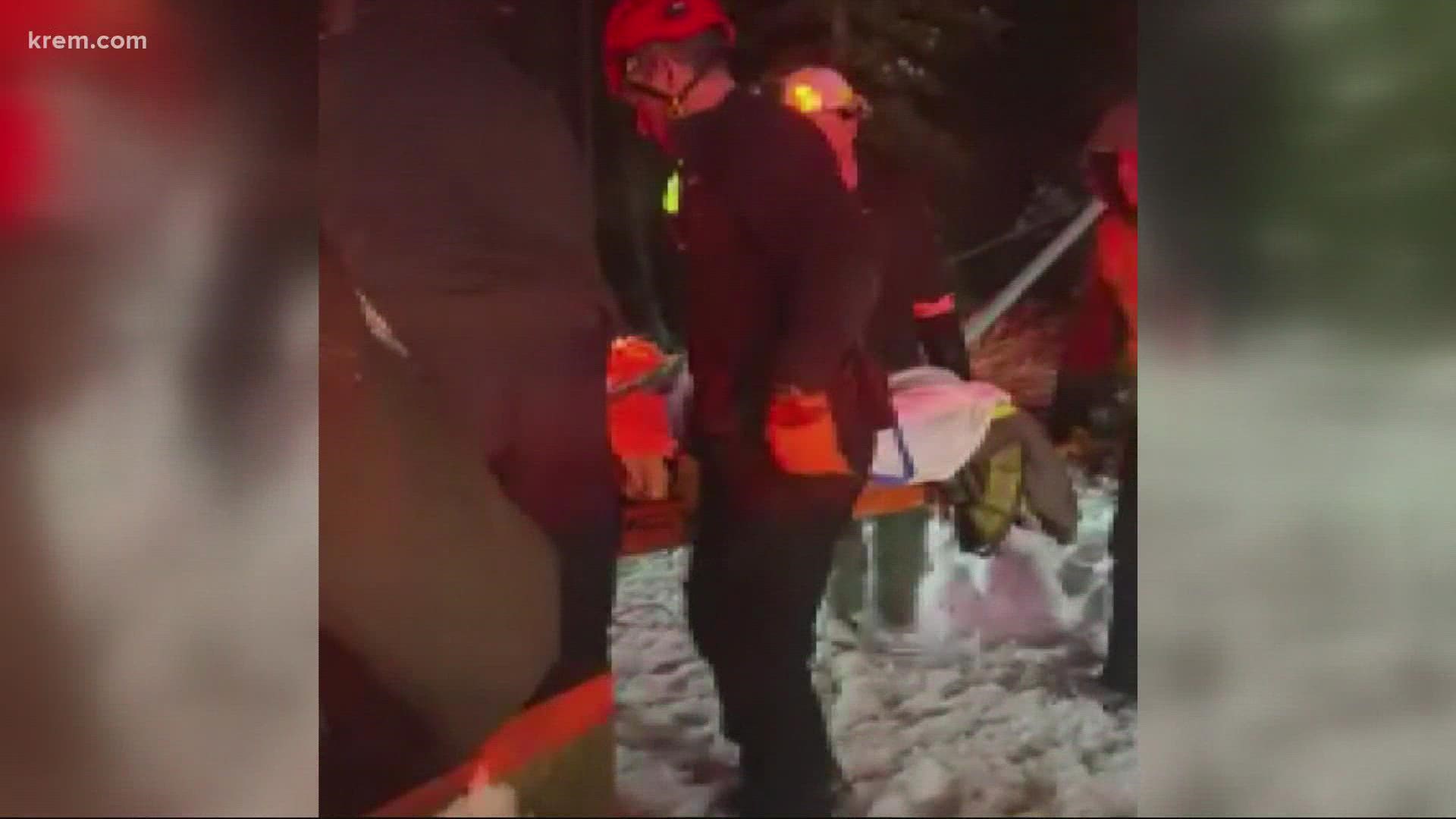 SPOKANE, Wash. — A Spokane Valley woman who went missing Thursday was found injured at scene of a vehicle crash near Blewett Pass Monday night, according to the Kittitas County Sheriff's Office.

A Silver Alert was in place for 68-years-old Lynell McFarland since Thursday, but on Monday evening authorities canceled the alert after they found McFarland injured and with signs of hypothermia, authorities said.

Police said her car slid and rolled around 100 feet from the roadway, near Blewett Pass along Highway 97. Her car was found down a ravine over a creek by a Washington State Department of Transportation employee.

Chelan County first responders found McFarland injured but conscious, and they extricated her from her car that was severely damaged. McFarland was taken to a Wenatchee hospital, where she is expected to recover, authorities said. According to authorities, McFarland's family has been notified.

McFarland was heading back to her Spokane Valley home from Ellensburg in a 2000 Mitsubishi Eclipse before she was reported missing on Thursday.

According to the Washington State Patrol, on Nov. 18, 2021, McFarland left Ellensburg at 1:30 p.m. and was reported to be heading back to her home in Spokane Valley. Amanda, McFarland’s daughter, reported her mother to be missing the next day at 6:32 p.m. when she realized she wasn’t home.

The Kittitas County Sheriff thanked the public and other agencies for helping sharing the silver alert. They are especially grateful for the proactivity actions of McFarland’s family that contributed to her safe rescue.