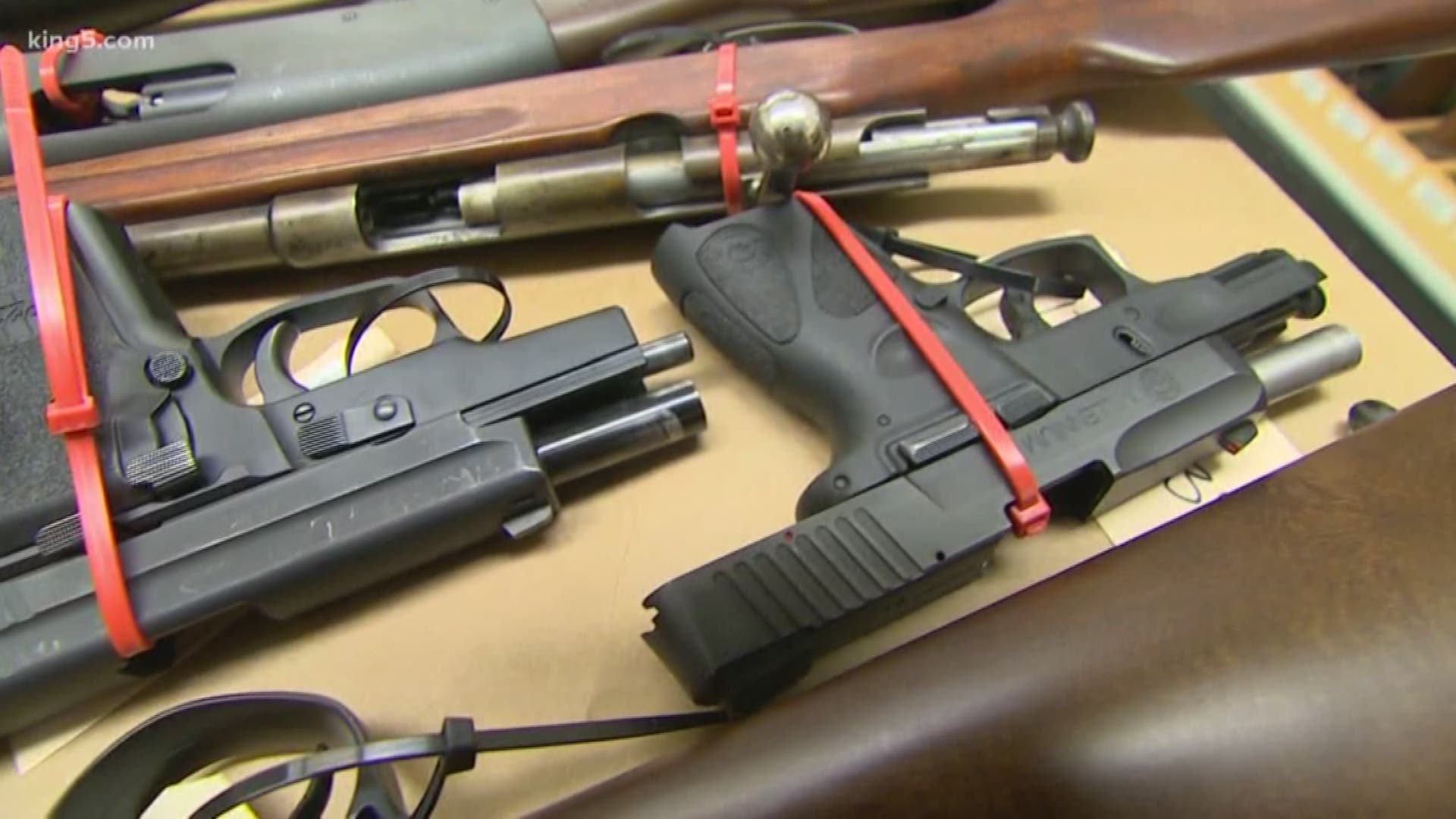 In its first full year of operation, a special unit that targets high-risk cases has seized 466 firearms in King County.

“That is four times what was surrendered in all of 2016 when there were no efforts in place, and it was purely an honor system,” said Sandra Shanahan, of the Regional Firearms Enforcement Unit.

The Seattle/King County unit consists of police officers, prosecutors, victim advocates, and firearms coordinators who identify and investigate cases – many of which are civil cases or minor criminal cases – where an individual is considered at “high risk” to commit a crime.

The unit seized most of its weapons from accused domestic abusers and people served with extreme risk protection orders.

“I am so thankful that we had that resource available.  I don’t know what we would have done if we didn’t have someone looking out for us as victims,” said Crystal Anderson. 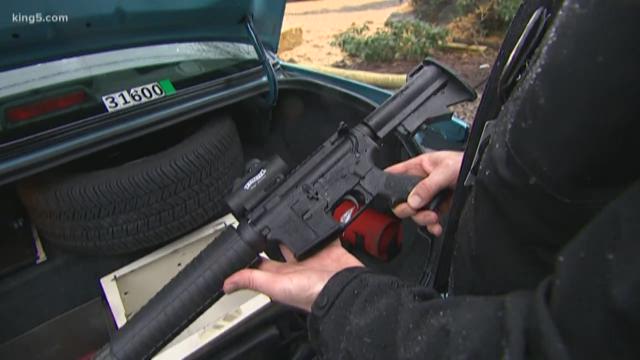 The Firearms Enforcement Unit seized several guns from the woman who showed up at Crystal’s Seattle home in August at 4 a.m.

The woman, a stranger, said she was searching for a young boy.

Crystal and her husband, who have a four-year-old son, called police who arrested the woman.

Even though the woman admitted she had a gun locked up in her nearby car, officers determined they could only arrest her for trespassing.

An investigation by the firearms unit determined the woman had several guns and uncovered evidence that may have explained why she appeared at the Anderson’s door.

“When all of that is put together, it really appears that she was trying to kidnap our son. She was attempting to get into our home to get him,” said Crystal.

There wasn’t enough to make a criminal case, but the firearms unit was successful in convincing a judge to seize all her firearms.

A KING 5 investigation in 2017 showed that the justice system was doing a poor job of enforcing weapons surrender orders in King County.  Judges relied on an honor system, and subsequent investigations by the county found many domestic abusers and other criminals lied about their gun ownership.

The Regional Firearms Enforcement Unit was funded through a million-dollar commitment from Seattle and King County and includes Seattle police officers, the Seattle City Attorney, and the King County Prosecutor’s Office.

While actual shootings get the public’s attention, she says many more victims – particularly domestic violence victims – live in fear of the presence of their abuser’s gun.

“(Abusers) may clean the gun in front of them.  They carry the gun on their person. It makes it difficult for a victim to feel safe in leaving when there is firearms in the home,” said Wyatt.

Victims can tap into several resources that can help them escape through the National Domestic Violence Hotline.