Two former students of Antioch University in Seattle are set to file a lawsuit against the institution for alleged deceit and discrimination. 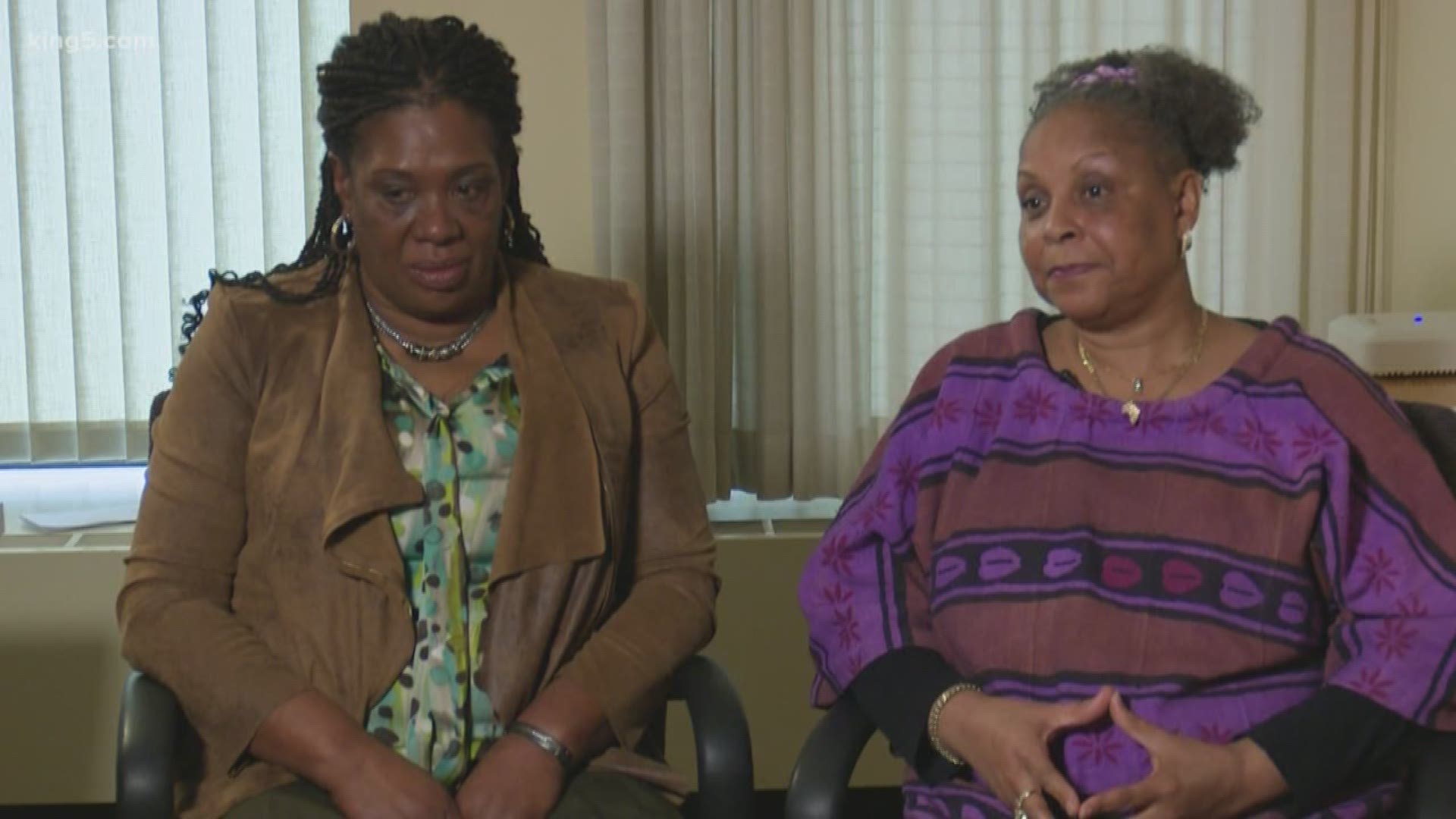 Two former students of Antioch University in Seattle filed a lawsuit Thursday against the institution for alleged deceit and discrimination.

Dorothy Capers of Kent and Cynthia Winters of Renton are both African American and in their early 60s. They were considered non-traditional students when they were accepted into the school’s Doctor of Psychology program in 2011.  It looked like a perfect fit. Both women had earned their Master of Social Work degrees and were in full-time jobs as social workers.

Antioch’s marketing materials at the time boasted of a program “specifically designed for working professionals.” And that people established in their careers could still go to school and “work full or part-time.”

The women said recruiters also assured them diversity in the program was highly valued, including students of color and those over the age of 50.

“The Antioch recruitment officer told (the women) that Antioch recognized minority students can be disadvantaged in higher educational programs and was committed to providing resources for such students, such as writing assistance and mentoring,” according to a draft of the lawsuit scheduled to be filed on behalf of Capers and Winters on Thursday.

“I couldn’t believe it,” said Capers, who earned her master’s degree from the University of Washington. “I’m from Louisiana and I never expected to even finish high school. I was the first in my family to finish high school, go to college, and now go into a doctorate program. I was like, ‘Wow.’”

The women said about three years into their studies at Antioch, which is a private, non-profit institution, the university changed course and left them floundering. They said there was new pressure to take a fuller load of classes. Capers quit her job as a social worker for the Department of Social and Health Services (DSHS) to go to school full-time. Winters cut back from working full-time to part-time working with vulnerable adults.

“It was hard because that was how I paid my bills,” said Capers.

“It just shocked me to learn about the pattern of deception. It’s a bait and switch that Antioch pulled quite successfully,” said attorney Catherine Fleming, who is representing the former students.

The women also said they were harassed. Both were accused of cheating their way through school. After five successful years in the doctorate program, including earning an Antioch Certificate of Recognition for outstanding student achievement in 2015, Winters was accused of plagiarism in 2016 and was kicked out of the program.

Seven years into the program, Capers was accused of plagiarism as well. A professor also gave her a failing grade twice. Just 20 credits shy of completion, she too was dismissed from Antioch University.

“They told me that I plagiarized. It was like an attack. It was like an ambush,” said Capers. “And then being pushed out and the door shut behind you, saying ‘You can’t come in,’ it was hard.”

In a statement to KING 5, the Provost at Antioch University Seattle, Ben Pryor, said the school didn’t discriminate against any students nor did they deceive students in the Doctor of Psychology program.

“Antioch University is a non-profit University founded in 1852 that is organized around a mission that prepares students for leadership in the service of social, economic and environmental justice.  Our accredited programs in psychology integrate this mission into every course, and our graduates are known for their preparedness as counselors, therapists and psychologists.  Our highly competitive Psy.D. program recently received accreditation from the American Psychological Association. In response to your inquiry, Antioch is not permitted and nor do we choose to share any information about our current or former students,” wrote Pryor.

The former students and their attorneys said Antioch’s actions most likely were motivated by the school’s effort to earn a prestigious accreditation from the American Psychological Association. The women said part-time, working students who might need extra help were dragging down the school’s statistics and could jeopardize the seal of approval from the association.

“These students just weren’t making the university look good anymore. They were bringing (the program) down in a way and these are the same students they hoped would raise the water for everyone,” said attorney Jinju Park.

In a 2016 meeting on campus, the program chair, Dr. Jude Bergkamp, addressed students and faculty in preparation for an American Psychological Association site visit related to the application for accreditation. In his presentation, which the school audio-taped, Bergkamp explained needed changes for “standardizing to APA (American Psychological Association) procedure.” KING 5 reviewed the audio-tape in which Bergkamp detailed how the focus is no longer on “adult learners” who needed years to finish the program.

“In the beginning of our program in 2004, the target audience for our program was experienced clinicians, adult learners who were then coming back to our program because (they) kind of hit the ceiling with their master’s degrees in their career and they wanted more so they were coming back. So, our program was really, the origin of it was really, we’re going to customize, individualize for each student, go part-time,” said Bergkamp. “That really didn’t work… we’ve had to change, due to kind of standardizing to APA procedure. Right? And so those are – we don’t encourage half-time or part-time stuff (anymore).”

Dorothy Capers was in the crowd during that presentation.

“I couldn’t believe he was saying it. It just made everything make sense to me at that time,” said Capers. “I felt so lonely and dejected.”

Dorothy Capers said she has student loans totaling $250,000 and Winters said her loans are close to $200,000.  The women said they’ve not only lost money, but self-confidence and the will to pursue their dream of a doctorate degree.