Documents filed in federal court in Seattle raise new questions about whether the Army could have prevented the murders of a Washington State man and his girlfriend by a band of rogue soldiers. 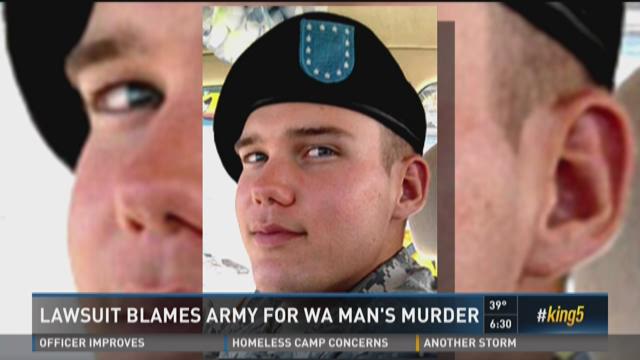 Documents filed in federal court in Seattle raise new questions about whether the Army could have prevented the murders of a Washington State man and his girlfriend by a band of rogue soldiers.

The documents show that the U.S. Army had serious concerns about the group’s ringleader months before he ordered the murders of Michael Roark of Everett and his 17-year-old girlfriend.

At least nine soldiers were part of a secret militia at Fort Stewart in Georgia that called itself FEAR, Forever Enduring Always Ready. FEAR members plotted to attack civilians and the U.S. government with shootings and bombings.

At least four FEAR members killed Roark in December 2011 after they became concerned that he tipped off authorities to their plans after Roark left the army.

Documents filed in federal court by attorneys for the victim’s family members include emails and reports that investigators wrote before the December 2011 murders.

Most of the documents center of FEAR leader PVT Issac Aguigui.

Aguigui is also from Washington State. His father lives in Cashmere in Eastern Washington.

Documents show that the FBI and local police were notified, apparently by the Army, that Aguigui bought $32,000 worth of guns and ammo from a gun store in Cashmere while he was on leave in 2011.

The law enforcement bulletin titled “Soldier Threat to Military and Public” was sent in September 2011, two months before Roark and his girlfriend Tiffany York were killed by FEAR members outside of Ft. Stewart in Georgia.

An Army investigator’s report issued the day after Roark’s death says, “We met (the) criteria months ago” to file a murder charge against Aguigui in his wife’s death.

However, neither the army nor federal investigators moved in until after Roark and York were killed.

Roark’s mother Tracy Jahr, who lives in Marysville, could not be reached for comment.

In an August decision, the judge dropped her from the lawsuit. The judge said the Army is protected by the Feres Doctrine, which gives the military broad protection from lawsuits by the families of dead or injured soldiers.

Jahr’s lawyers are appealing that decision and declined to comment on the case to KING 5.

Since York was not a member of the military, her case is proceeding.

In court documents, the U.S. Attorney’s Office in Seattle says the Army was actively investigating the case and could not have foreseen the murders of Roark and York.

The feds have asked the judge to dismiss the entire case.