A third person has been charged in a scheme to defraud taxpayers in south King County, more than a year after the KING 5 Investigators series "Money Down the Drain." 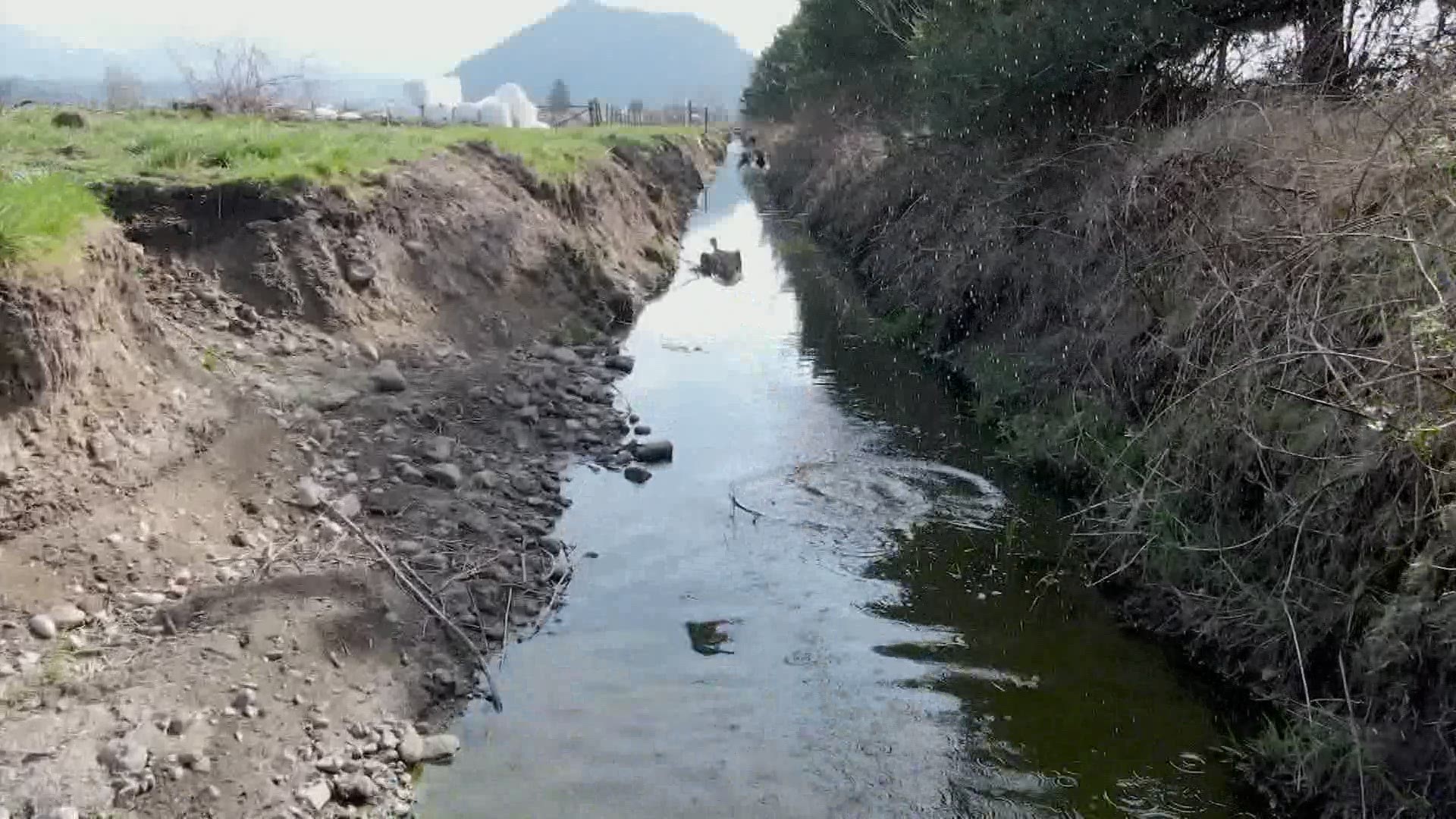 A third person has been charged in a scheme to defraud taxpayers in south King County, more than a year after the KING 5 Investigators first exposed the alleged wrongdoing in Drainage District No. 5 in Enumclaw.

In a charging document filed in US District Court in Seattle, the FBI says Darrell N. Winston of Renton lied to agents when he accepted approximately $50,000 in payments to clear and maintain some of the 18 miles of drainage trenches that form the publicly-funded drainage district.

Drainage District No. 5’s longtime commissioner, Allan “Benny” Thomas, and his wife were charged last year with diverting $470,000 in tax money collected for district maintenance to their own, private bank accounts.

Charging documents say Thomas hired Winston in late 2018 and paid him to clear two ditches with heavy equipment. One week-long job was billed for $24,803 and the second job at $30,759.

When FBI agents investigating Thomas questioned Winston, he told the agents “…he had performed approximately a week’s work on each contract,” according to a criminal complaint submitted by the office of United State’s Attorney Brian T. Moran.

But agents found that immediately after receiving those payments, Winston wrote more than $40,000 in cashier’s checks that went back to Thomas. In effect, they were alleged kickbacks and work on the trenches was never performed.

“The government has extended a favorable offer to Mr. Winston, and he wished to accept the government’s offer and enter a guilty plea,” wrote Winston’s defense lawyer in a Stipulated Motion to Proceed with Guilty Plea filed in federal court last week.

Winston denied any wrongdoing when he was questioned by Enumclaw police investigating allegations of fraud in Drainage District No. 25 in 2018. That case was sent to the King County Prosecutors Office, but charges were never lodged.

Winston also denied his involvement in the scheme when questioned by the KING 5 Investigators in the summer of 2019.

In April of 2019, KING 5 began airing a series of reports called “Money Down the Drain” that showed how Thomas was allegedly collecting tax dollars and using the money to pay personal expenses for the dairy farm that his family has owned for decades.

Thomas and his wife JoAnn have pleaded “not guilty” to a federal charge of mail fraud and are awaiting trial.

A recently concluded audit shows that the district is back on track and the few hundred landowners whose taxes pay for drain maintenance are finally getting their money’s worth.

Last session, state lawmakers gave counties the authority to crack down on special purpose governments that refuse to submit to state audits, another problem highlighted in KING 5’s “Money Down the Drain” Series.

At the time, more than 40 districts had not responded to the auditor’s request for records and were declared “unauditable.”  Special purpose districts are typically small governments that collect taxes and perform a specific function like a water, sewer or fire district.

The new law allows counties to strip such districts of funding and dis-band them.

With this new threat in place, the list of unauditables has shrunk to about 15.

“Even if you’re a small, little district – it’s not too onerous to be accountable for public dollars,” McCarthy said.