Report identifies 104 diking, drainage districts in Washington and why that matters

The small, special-purpose governments are under increasing scrutiny following KING 5's "Money Down the Drain" investigation. 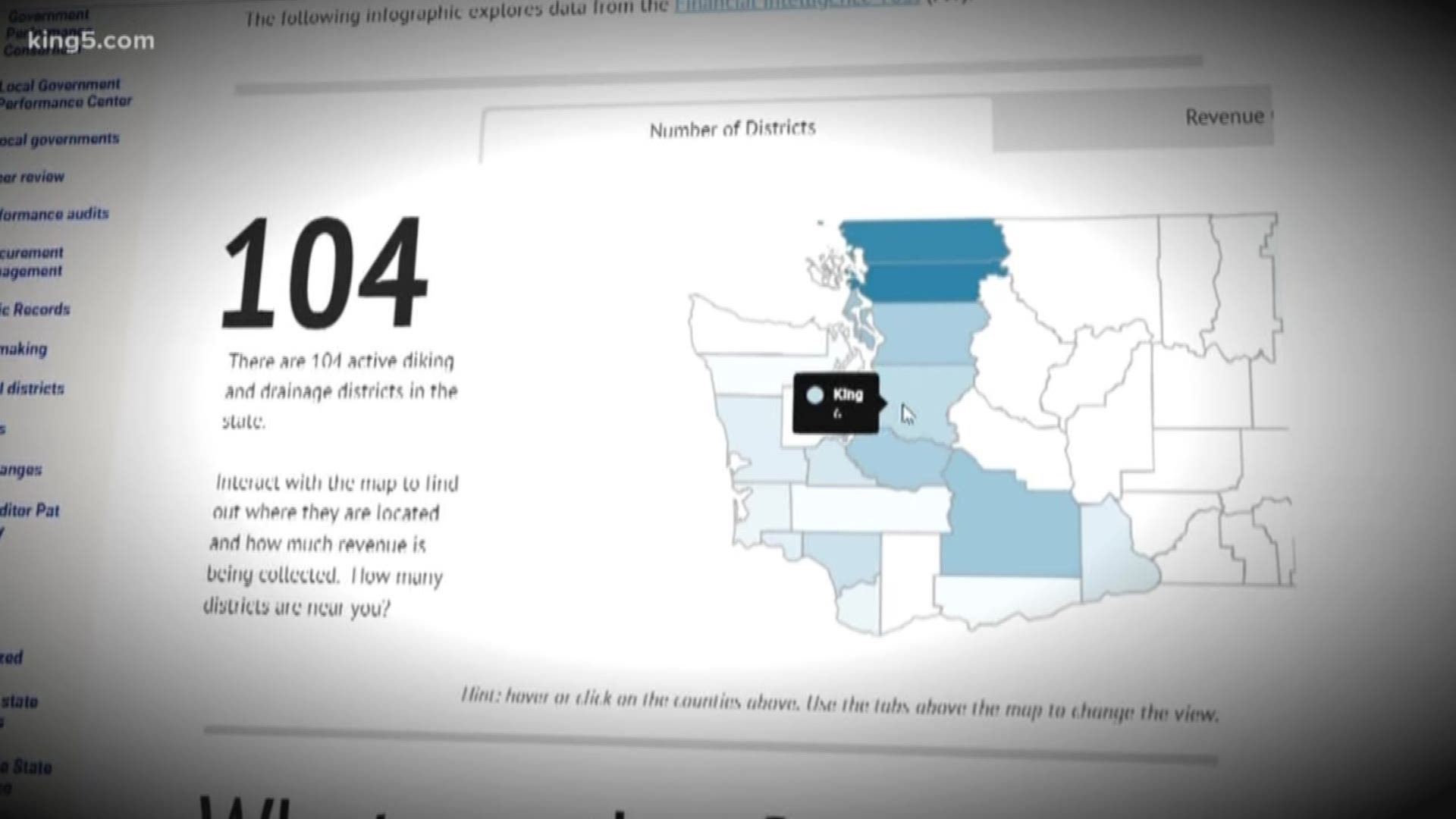 A new report from the Office of the Washington State Auditor says there are 104 diking and drainage districts in Washington state.

The updated number has significance, since the KING 5 investigators reported on flaws in this type of government that allow commissioners to hold office for decades without an election.

The auditor’s office released an infographic with new information because in recent months “…it noticed an increase in public interest around diking and drainage districts.”

The report shows that revenues – the taxes collected by drainage districts – have been steadily rising since 2015.

Some of the districts were formed nearly a century ago to aid in flood control in rural areas. The districts collect tax money from property owners to pay for maintenance of dikes and drainage trenches.

Skagit County leads the way with 20 separate districts, followed by Whatcom County with 18.

In April, the KING 5 Investigators revealed that an old state law allows drainage district commissioners to forgo an election if they are unopposed. Since the races do not appear on ballots, many taxpayers do not even know the district exists.

In King County, for example, the last election was held in 2000.

Since that time, the elected commissioners in King County’s six drainage districts have collected millions of dollars in taxes from property owners.

A subsequent audit found that Thomas spent the money on feed for cows at his Enumclaw dairy and other personal expenses. Thomas was last elected in the 1980s.

The FBI raided Thomas’ farmhouse in July.  He has denied any wrongdoing.

State Senator Reuven Carlyle (D-Seattle) is drafting legislation that would revise the 100-year-old law that exempts the state’s diking and drainage districts from the traditional election process. 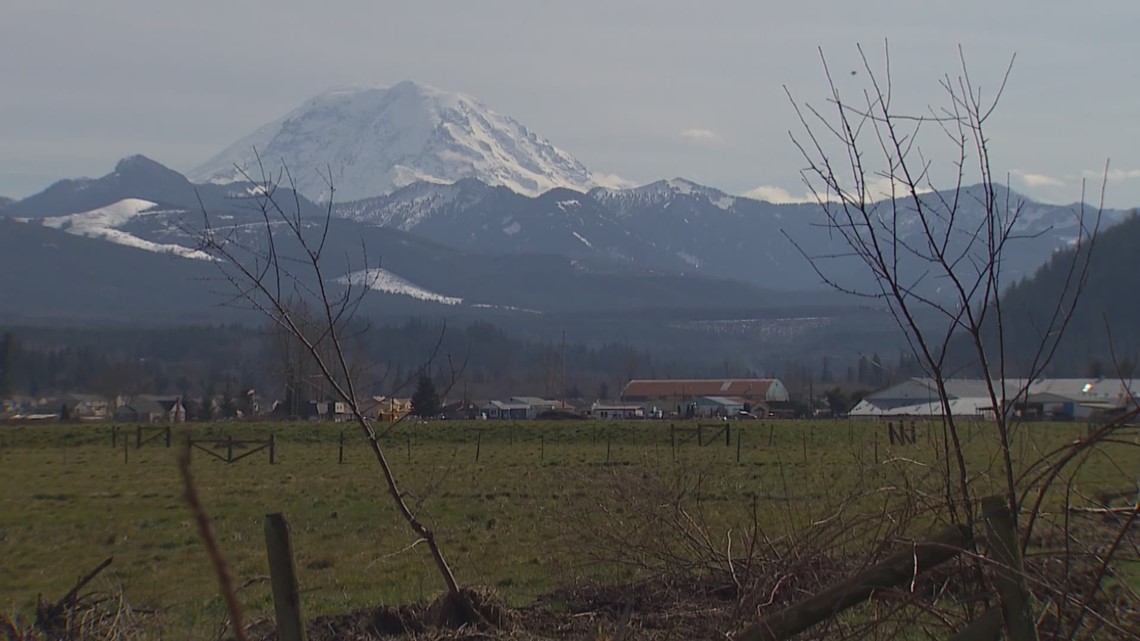 Replacements selected for ousted King County drainage district commissioners
County officials are lining up replacements - including a former state lawmaker - to fill the posts of nine elected commissioners who were nudged out of office in south King County. King County Councilmember Reagan Dunn's office has identified eight people it plans to appoint as commissioners for King County Drainage District numbers 5, 6 and 13 in the Enumclaw area. 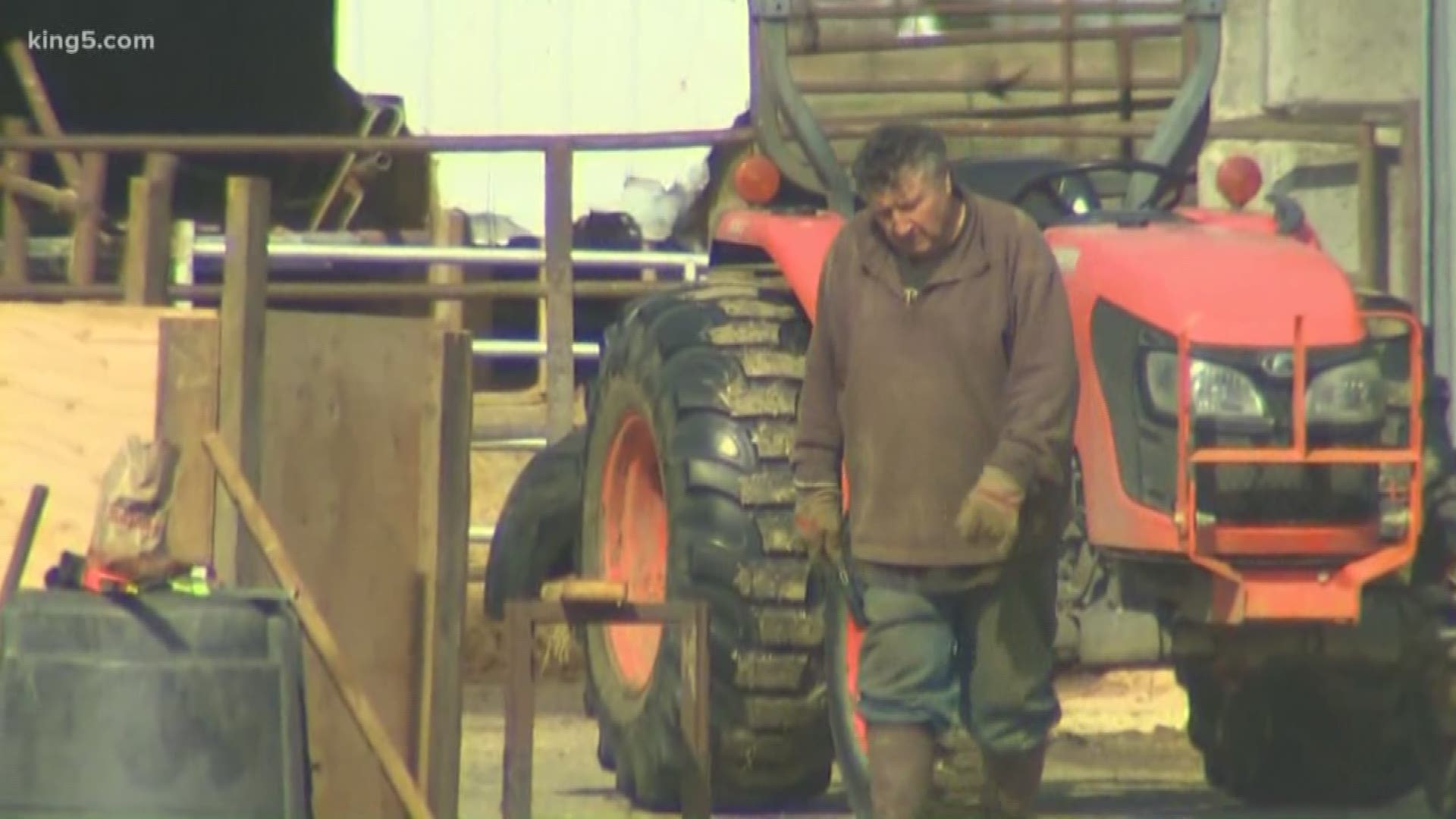