The U.S. Department of Justice announced it will continue the federal government's fight against a state law aimed at helping sick Hanford workers. 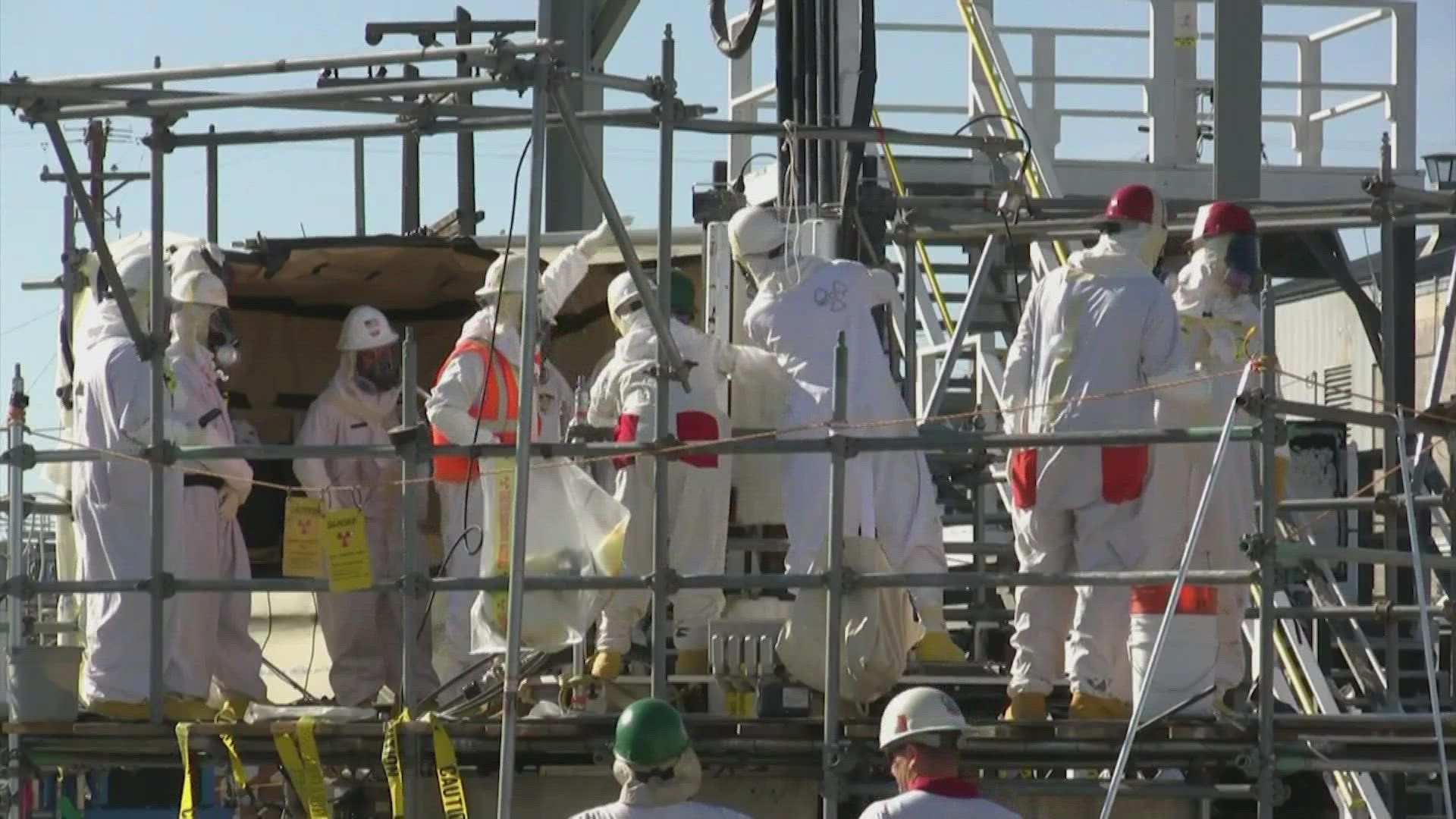 The U.S. Department of Justice (DOJ) has filed a petition with the U.S. Supreme Court to continue to fight a 2018 law passed by the Washington state legislature that helps sick Hanford workers obtain workers' compensation benefits.

Gov. Jay Inslee signed the bill into law in June 2018 following a two-year KING 5 investigation “Sick and Forgotten at Hanford.” The investigation revealed that for three decades Hanford workers sickened by exposure to toxic vapors on the job were systematically denied their workers' compensation claims. The law gives Hanford workers the presumption of occupational illness for many adverse health effects such as toxic encephalopathy (occupational dementia), lung cancer, organ damage and respiratory illnesses, such as COPD.

Before the state legislature passed the law, the workers had the burden to prove they were sickened on the job.

In December 2018, the Trump administration tried to block the law from being enacted by filing a lawsuit against the state, claiming it was unconstitutional because federal attorneys said states do not have the authority to regulate federal operations or property.

The DOJ lost that case in 2019 and again lost an appeal to the Ninth Circuit in August 2020.

The DOJ now says they will take the case to the Supreme Court.

“Now the Biden administration is continuing Donald Trump’s cruel effort to eliminate these critical protections for the hardworking men and women at Hanford,” Washington State Attorney General Bob Ferguson said in a press release. “This lawsuit angered me when the Trump administration filed it – and it continues to anger me now that the Biden administration is continuing it. I will continue to fight for the workers at Hanford – and all Washington workers – as I would fight for members of my own family.”

Unlike most other employers in the state, the Department of Energy (DOE), which owns Hanford, runs a self-insured workers' compensation program, which means the feds pay the claims. The DOE hires a contractor to administer the program and the Washington State Department of Labor and Industries (L&I) is tasked with oversight.

The law being challenged for the third time directs L&I to allow the presumption of occupational illness.

The KING 5 investigation found a workers' compensation program at Hanford fraught with injustices: inaccurate science used to deny claims, aggressive legal battles waged by the federal government for those who fight the system, handpicked doctors drawing conclusions without complete medical records and a colossal amount of confusing red-tape for workers already struggling to deal with serious health problems.

“We are appalled that President Biden’s U.S. Department of Justice is seeking to dismantle Washington state’s law that was passed to improve the standards that Hanford nuclear site workers must meet in order to receive worker compensation benefits,” said Tom Carpenter, executive director of the advocacy group Hanford Challenge in a press release. Hanford Challenge was pivotal in getting the law passed in 2018. “It is heart-breaking that the Biden Administration is continuing the Trump Administration assault on this law, which is providing much-needed compensation and medical care to workers sickened from exposure to Hanford’s deadly toxins.”

The Hanford Nuclear Site, located near Richland, was a key production operation for the secret Manhattan Project during World War II as the United States raced to build a nuclear bomb. Plutonium produced at Hanford fueled the atomic bomb dropped on Nagasaki, Japan in 1945. Since the 1990s, Hanford has been a cleanup site only, which costs the U.S. government approximately $2 billion a year, with no end in sight. Hanford remains the biggest environmental cleanup job in U.S. history.

Within the next few weeks, the Supreme Court will decide if it will accept the DOJ’s appeal.